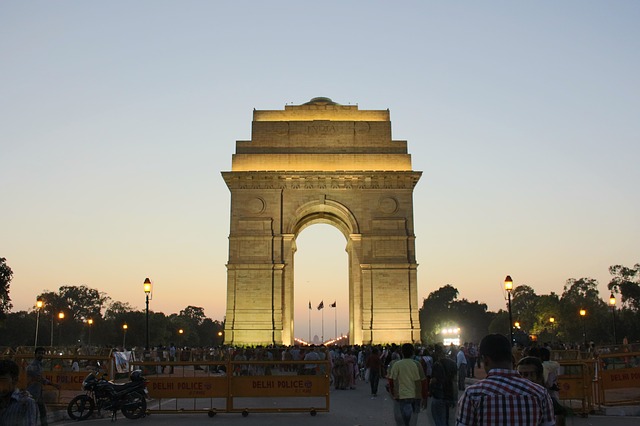 •Ahmedabad and Pune emerge as the most competitive tier-2 cities in India. While Ahmedabad performs very well in the administrative sub-index indicating good governance, municipal efficiency and low crime rates, Pune excels in physical infrastructure and a high quality workforce.

•Over 800 indicators were used to measure the competitiveness of 50 Indian cities, as opposed to the 37 cities that formed part of the report last year.

According to the City Competitiveness report launched today by the Institute for Competiveness (IFC), Delhi ranks No. 1 as the most competitive city in the nation. Its position is augmented by its surrounding hinterland forming the National Capital Region (NCR) and an improved physical infrastructure and an enabling business environment.

Among the top ten cities ranked, the six metros—Delhi, Chennai, Mumbai, Bengaluru, Kolkata and Hyderabad, followed by Ahmedabad, Pune, Nagpur and Jaipur emerge as India’s ten most competitive cities. Having added 13 more cities to this year’s index, there has been a subtle shifting of ranks owing to significant movement among tier-2 and tier 3 cities’ vis-à-vis their competitiveness.

Chennai ranks number 2 as the most competitive city, marching ahead of Mumbai that dropped to 3rd place from the 2nd place last year. Chennai has been benefited by a steady performance across all the sub-indices used in this report, and particularly by its educated workforce and logistics infrastructure. Mumbai’s drop in ranking is primarily owing to a decline in its physical infrastructure.

Bengaluru dropped one spot to 4th place, while Kolkata and Hyderabad, maintained status quo at 5th and 6th place respectively.

The real game changer for India’s overall performance, as per the Report are the tier 2 and tier 3 cities, some of which are outperforming the metros along certain sub-indices. Ahmedabad, is performing well in administrative efficiency and governance, and Pune’s ranking is benefited by good physical attributes and strong institutional support for industry. Nagpur and Indore, too, have increased in competitiveness substantially since last year, by 4 and 3 ranks respectively.

Jaipur, Chandigarh, Surat, Gurgaon, Kochi, Coimbatore, NOIDA, Goa and Shimla are other competitive cities that would merit investment owing to their improved competitiveness ranking. Other rapidly growing cities—like Dhanbad, Ludhiana, Varanasi, Vadodara, Madurai, Agra, Bhopal, Lucknow, Thiruvananthapuram and Faridabad— have also indicated promise with each having its own specific competitive edge that be leveraged for growth, both in public and private sectors.

Commenting on this year’s rankings, Dr. Amit Kapoor, Honorary Chairman, Institute for Competitiveness said, “Based on the findings this year, it is clear, that Indian cities are yet to develop a clear vision of their future and identify a definite competitive edge. Policy makers too are struggling with ways of managing infrastructural and developmental challenges that plague even the most competitive Indian cities. It is more important than ever for Indian cities to put into place the fundamentals underpinning economic growth and development, in order to propel overall growth for country as a whole.

The report suggests cities that are already competitive would need to look ahead to move from factor-driven competitiveness to efficiency-led and finally innovation-led economies. “That even Delhi and Mumbai, India’s best known metropolitan cities, have a low international profile, sets a clear charter for the road ahead. A lot needs to be done to not only improve the competitiveness of Indian cities, but also brand them clearly in order to attract investment as well as to create proud, diverse and vibrant communities. In short, competitiveness has the power to transform India’s urban landscapes and we owe it to ourselves as a nation to use this power to become truly competitive, starting with our most fundamental units of change, our cities, ” stated Mukta Naik, Head, Urban Research and Advisory Practice.

Based on the findings, Dr. Amit Kapoor suggests, “An inward-looking and inclusive process of vision, creation of a growth strategy, and its implementation through a variety of measures like policy changes, infrastructure enhancements and business incentives is the appropriate path to increase competitiveness among Indian cities. A competitiveness-supporting environment can help ensure steady growth and a solid economic performance in the future for Indian cities and the country as a whole.”

The India City Competitiveness Report’s competitiveness ranking is based on the Porter’s Diamond Model, which is a benchmark model based on the seminal work on strategy and competitiveness by Michael E Porter, Bishop William Lawrence University Professor, based at Harvard Business School and used widely by leading academic institutions across the world.

The model proposes that four interlinked advanced factors—demand conditions, factor conditions, context for firm strategy and rivalry and supporting and related industries—are instrumental in determining competitiveness for a particular region or country. A city would need to improve along all these factors to increase its competitiveness. Each of these factors are further divided into sub-indices, which in turn are measured through indicators.

The India City Competitiveness Report 2010 uses hard data published by the Government of India through reports disseminated by the various ministries, government funded research organisations and other credible organisations to eliminate the possibility of personal bias or sampling errors. Over 800 indicators were used to measure the competitiveness of 50 Indian cities, as opposed to the 37 cities that formed part of the report last year.