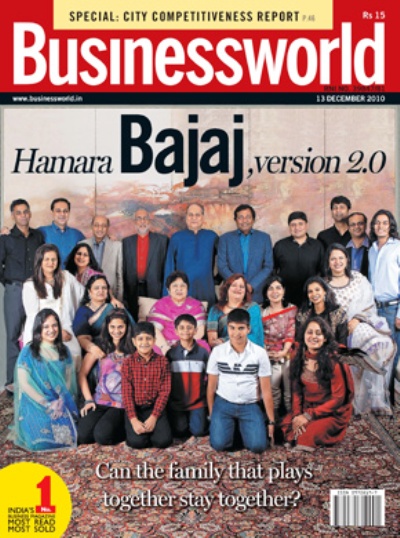 The six metropolitan cities in India continue to be the most competitive in the nation, according to the India Competitiveness Report 2010. However, the real value of the report lies in the insights it offers us on the changing competitive landscape of India’s tier-2 and tier-3 cities, some of which are outperforming the metros along certain sub-indices.

Delhi comes out top as India’s most competitive city, while Mumbai dropped in ranking from 1st to 3rd place, letting in Chennai into 2nd slot. Bengaluru dropped one spot to 4th place, while Kolkata and Hyderabad, maintained status quo at 5th and 6th place respectively.

Delhi’s competitive position is augmented by its surrounding hinterland forming the National Capital Region as well as improved physical infrastructure and an enabling business environment. Mumbai’s drop in the rankings is largely owing to a decline in its physical infrastructure, which points to the unsustainable future of large metropolitan areas and the urgent need for planning intervention and urban management. Chennai is benefited by a steady performance across all the sub-indices used in this report and particularly by its educated workforce and logistics infrastructure.

Ahmedabad, performing well in administrative efficiency and governance, and Pune, benefited by good physical attributes and strong institutional support for industry, emerge as the most competitive tier-2 cities in India. Nagpur and Indore have increased in competitiveness substantially since last year, by 4 and 3 ranks respectively.

Jaipur, Chandigarh, Surat, Gurgaon, Kochi, Coimbatore, NOIDA, Goa and Shimla are other competitive cities that would merit investment. However, each city has a different set of strengths and weaknesses and a location and market entry strategy would do well to study these closely for the prospective cities of interest. Other rapidly growing cities—like Dhanbad, Ludhiana, Varanasi, Vadodara, Madurai, Agra, Bhopal, Lucknow, Thiruvananthapuram and Faridabad—are also worth tracking and each has its own specific competitive edge that they can leverage to grow.

However, Indian cities are yet to develop a clear vision of their future and identify this competitive edge, basis which they will grow into the future. Such an inward-looking and inclusive process of vision, creation of a growth strategy, and then its implementation through a variety of measures like policy changes, infrastructure enhancements and business incentives is the appropriate path to increase their competitiveness and enhance their prosperity.

Cities that are already competitive would need to look ahead to move from factor-driven competitiveness to efficiency-led and finally innovation-led economies. That even Delhi and Mumbai, India’s best known metropolitan cities, have a low international profile is a sobering thought. Indeed, a lot needs to be done to not only improve the competitiveness of Indian cities, but also brand them clearly in order to attract investment as well as to create proud, diverse and vibrant communities. In short, the competitiveness has the power to transform India’s urban landscapes and we owe it to ourselves as a nation to use this power to become truly competitive, starting with our most fundamental units of change, our cities.

The Report was published with Business World in the issue dated December 13, 2010.