Do IIP Numbers Suggest a Slowdown 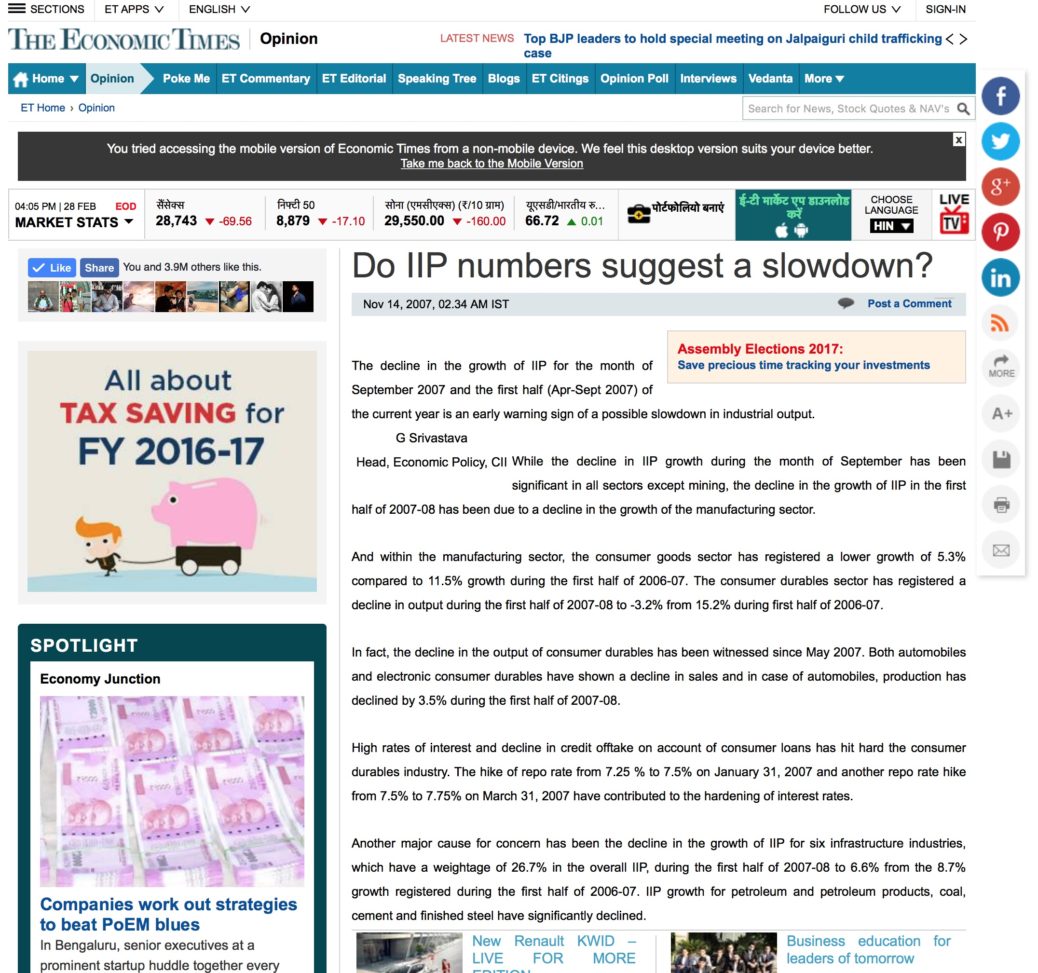 It is a testimony to India’s growth story and the robust, thriving nature of its economy that even a growth rate of 9.2 % has to be examined as perhaps the start of a downtrend. The fact remains that the IIP index grew by 7.1% during July 2007, and the August figure is definitely lower than that of July. What remains a greater concern is the continuation of the slowdown for the second month consecutively.The concern is highlighted in view of the lower-than-expected numbers for the export and services sectors.

This, coupled with negative global cues, especially in the financial markets, and the apprehensions of the US Federal Reserve chairman could mean that the growth party may be slowing down.

This slowdown could have a direct impact on the Indian services sector, which in turn acts as an important demand driver for industrial production.

Indeed, while the RBI may be doing everything within its power to control risks of a slowdown, the overwhelming magnitude and impact of global cues, both current and expected, should now be an important factor in its decision.

While liquidity tightening in terms of capital inflows and the curbs of the external commercial borrowing were good initiative by the RBI, we do feel that the central bank should create incentives to divert capital funds into investment in manufacturing sector rather than services or financial investments.

The slowdown could be due to high base effects and sector specific impacts. While growth rates remain higher than the historic Hindu rates of growth of the Indian economy, complacency could lead to the growth party slowing down faster than expected. What India needs to do is to focus on innovation rather than being focused on factor-driven economy.

The Article was published with Economic Times on November 14,2007.
Share this
0 likes
Related Articles