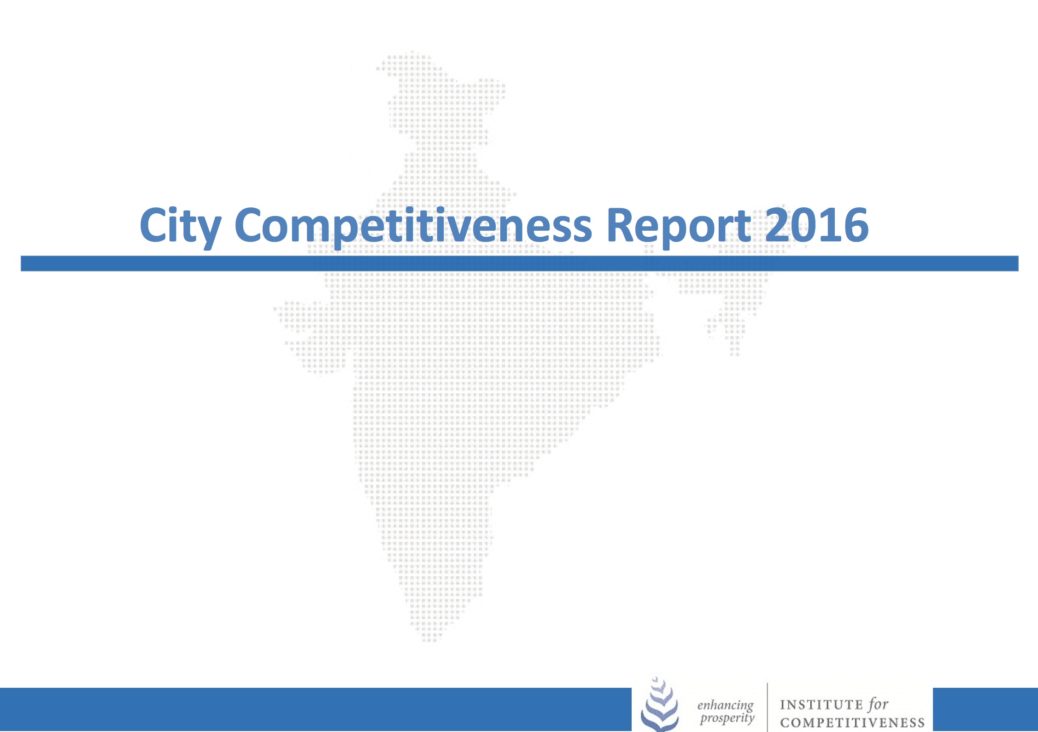 According to the City Competitiveness Index 2016, New Delhi secured the position of the most competitive city in India, sixth time in a row. It is followed by Mumbai at the second position. Gurgaon is at the third position and Chennai has improved four positions to occupy the fourth rank. Noida and Bengaluru have gone down one position each and are now ranked at fifth and sixth respectively. On the other hand, Hyderabad and Pune have both gained by one position and now are in seventh and eighth position respectively. Ahmedabad has moved down by three positions and lies at ninth place. Kolkata is stable at the tenth rank.

Kochi, Kozhikode, Thiruvananthapuram, Ludhiana and Faridabad have shown tremendous performance and moved up on the index by more than ten places as compared to their previous ranks. In contrast, cities like Indore, Raipur, Vijayawada, etc. have shown a decline in performance vis-à-vis last year. Thus, it can be inferred that non-metro cities in India should take appropriate action to improve their competitiveness level. The competitiveness index can be used to understand the present growth pattern of selected cities and chart their future strategy to meet the goals and targets. It enables benchmarking the performance of one city with another.