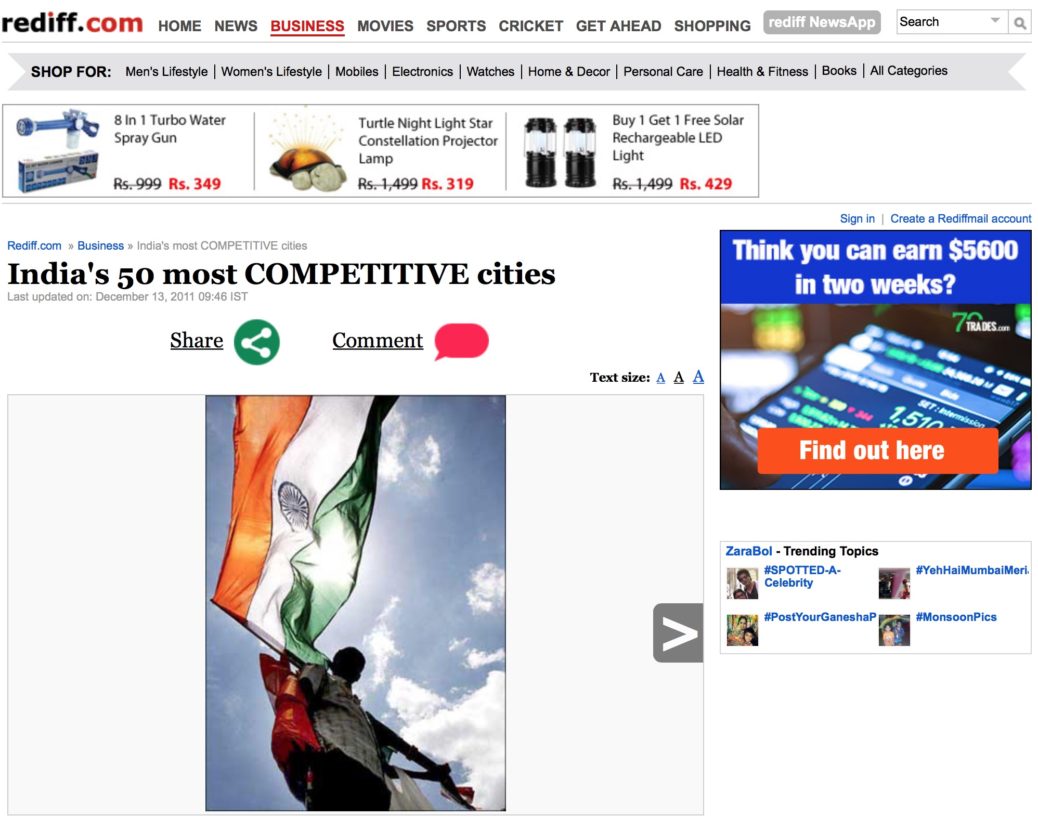 Which are India’s most competitive cities? The City Competitiveness Report 2011 — unveiled by an international think tank, Institute For Competitiveness (IFC) — aims to answer this question.

The latest report is an indicative of how the corporate world selects the cities for investing and also how governance is important in assessing the level of competitiveness diversity spread across these cities. These variations will indicate to the governing bodies the issues that need to be addressed to improve the competitiveness of Indian cities.

The India City Competitiveness Report 2011 is based on the ‘Microeconomic Diamond Model’ laid down by management guru Michael E Porter and focusses on ‘Strategy and Competitiveness’.

To gauge the productivity and thus the prosperity of a city or a region it is essential to identify and measure dimensions on and around these four pillars, which are further categorised into sub-indices that assess the various details of a city through a set of well-defined indicators.

A city would need to improve along all these factors to increase its competitiveness. Each of these factors is further divided into sub-indices, which in turn are measured through indicators.

The City Competitiveness report 2011 was covered by Rediff on December 13, 2011.