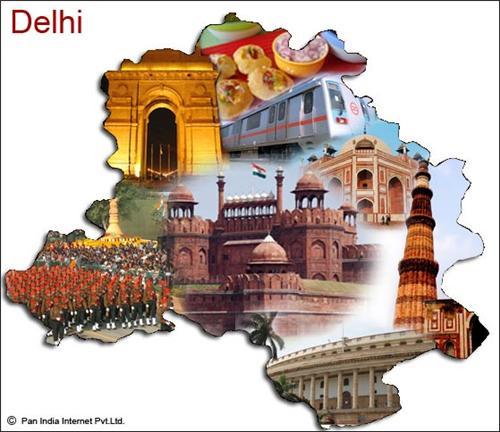 The India City Competitiveness Report 2012 is based on the underlying principles of Michael E. Porter, Bishop William Lawrence University Professor, based at Harvard Business School. The City Competitiveness Index is built on the Porter’s Microeconomic Competitiveness – Diamond Model which especially, focuses on the “Strategy and Competitiveness” of regions by taking into consideration their certain crucial parameters. The model is founded on four pillars of competitiveness that are factor condition, demand conditions, context for strategy and rivalry and supporting and related industries. These pillars are further divided into 12 sub-pillars wherein factor conditions splits into 6 sub-indices and other three are distributed into 2 sub-indices disjointedly, which in turn are measured through indicators. All these pillars and sub-indices are directly or indirectly related to one another and help to evaluate the different dimensions of competitiveness. India City Competitiveness 2012 thus consolidates all the vital information about the selected 50 Indian cities and puts forth the real picture of individual city in 2012.

The Capital of India, New Delhi is again successful in grabbing the numero uno position on the India City Competitiveness Index 2012. It has set a record by holding the title of the most competitive city in India three times continuously. It has demonstrated a phenomenal growth over a period of time by balancing the demand and development of the city in equal proportion. It is worthy to note that it holds number one spot in the three pillars and all the major sub-indices. The only sub-indices where it lags are administrative and institutional support where it can easily improve being the principal city.

Following the Capital, is the financial capital of India, Mumbai, that was spotted at second rank. It was further trailed by the major metro cities such as Chennai, Hyderabad, Kolkata, Gurgaon and Bengaluru which are positioned at 3rd, 4th, 5th, 6th and 7th rank respectively. The upcoming city of Uttar Pradesh, NOIDA, holds 8th position on the India City Competitiveness Index 2012 and with the improved position it seems ready to give tough competition to the metro cities in the next index. Other high potential cities, Pune and Ahmedabad slipped five and one position respectively but were successful in at least making a place for themselves in the top 10 slot.

Chandigarh, which was supposed to lose its charm, has again proven itself and has a promising future as it gained four positions and is standing high on 12th position to cater the masses including the corporates and new migrants etc. In addition, Nagpur, not so prominent city of Maharashtra, witnessed an upward movement in its position, at the 11th position and has shown significant improvement in various areas.

The budding growth centers of the economy that is the Tier-2 and 3 cities such as Agra, Bhopal, Kochi, Madurai, Patna, Varanasi, and Vishakhapatnam etc. also shifted upwards and downwards on the City Competitiveness Index 2012. Some of the positive changes are Coimbatore was spotted at 14th position, Mysore at 21st position, Madurai at 26th position, Guwahati at 32nd position etc. Likewise, some of the negative changes are Surat, Lucknow, Agra, Allahabad etc. dropped four, two, five, ten positions individually.

Growth of few cities like Faridabad and Guwahati seems to have proven the fact that these unnoticed cities of the country are on a high and are avoiding all possible pitfalls of the mega cities. There is no doubt that these future cities of India consist of a huge pool of opportunities in its existing challenges and with their individual competitive advantage are making their way to compete with the global cities on certain parameters.

Undoubtedly, Indian cities have the required potential to make their mark across the globe. It is clearly evident with the high urbanization rate of these cities and by the trend of their growth. However it is required that Indian cities work on their strong areas and use it constructively to attract people from different genres. They should try to built a brand of their own and not follow some other global city. Every Indian city should have five components in its strategy that is, vision, entrepreneurship, specialization, social cohesion and proper governance structure in order to improve their competitiveness and transform themselves into successful cities.

The report is an indicative of how the corporate world selects the cities for investing and also how governance is important in assessing the level of competitiveness and diversity spread across these cities. These variations will indicate the governing bodies the issues that need to be addressed for improving the competitiveness of the Cities and strengthen the bonds between people and the city.

It can be thus stated that cities needs to see their future and then address the stresses bothering them. They should not depend on the pronouncements of politicians. Some of that is already happening. Over the past decade, many cities have changed sharply, improving the quality of life they provide.

Commenting on this year’s rankings, dr. Amit Kapoor, Honorary Chairman, Institute for Competitiveness said, ”Undoubtedly, cities are the drivers of any economy. Their growth will enhance the growth of States and eventually that of the country. In the past few years they have risen from their age-old shells and are proving their potential on the global front. Though to become competitive need to develop a vision for themselves, build a strategy around it, enhance their infrastructure, policies, governance structure etc. It is important to put into place the fundamentals underpinning economic growth and development, in order to propel overall growth for the country as a whole. “

The India City Competitiveness 2011 uses hard data that is published by the Government of India so as to maintain the credibility and eliminate the possibility of sampling error etc. The data sources can be listed as government reports, published articles, papers etc. of various ministries of India, Government funded research organizations and other reliable and true organizations. Thus validating the fact that true facts and figures of the country are assembled.