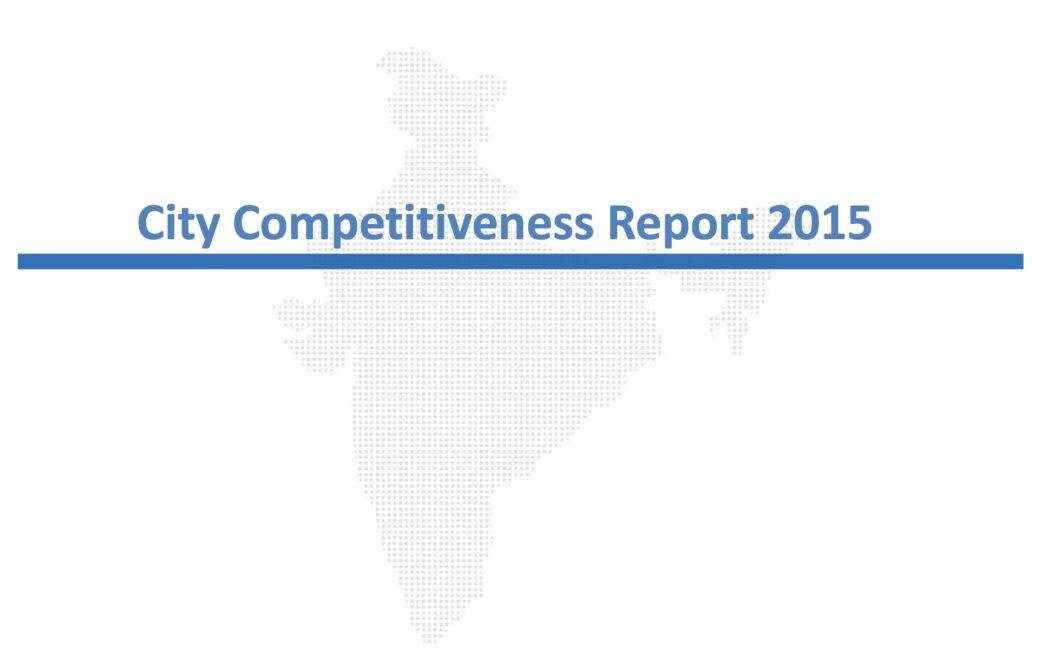 The India City Competitiveness Report 2015 presents an annual report card of selected 50 Indian cities by evaluating their competitiveness level. The index is based on the underlying principles of Michael E. Porter framework ‘Microeconomic Competitiveness – Diamond Model’, which consists of four major pillars and is further divided into twelve sub-pillars. The four pillars – factor conditions, demand conditions, the context for strategy and rivalry and supporting and related industries evaluates a city on various dimensions to identify the areas where a city is lagging or progressing. They map and determine the overall performance of a city and its prosperity level in comparison to other cities on the index.

According to the India City Competitiveness Index 2015, Delhi has emerged as the most competitive city in India – sixth time in a row. The city has been ranked one on the sub-pillars of communication, human capacity, the context for firm strategy & rivalry, and business incentives. Mumbai follows the city for the past five as it is constantly holding the title of the second most competitive city in India since 2011. The next two positions are occupied by the two prominent developing centers of National Capital Region – Gurgaon (3rd) and Noida (4th) in the same order. The other five cities, except Pune (9th), have witnessed reshuffling in the ranks on the index 2015 such as Bengaluru holds 5th rank, Ahmedabad 6th, Chennai 7th and Hyderabad 8th rank. Kolkata has been sliding down from its position every year and is placed at 10th rank.

In few cases, there has been a drastic shift in the rankings of some cities. The trend indicates that some cities are undergoing significant changes on specific parameters, or some cities are not at all making any development efforts. For instance, Rajkot at 12th, Vishakhapatnam at 17th, Jamshedpur at 39th rank have tremendously improved their rankings from the previous year whereas Madurai at 27th and Chandigarh at 32nd rank are not taking the steps in the right direction to seize the underlying opportunities. Another evident observation witnessed is the upward movement of cities such as Jaipur and Hyderabad that belongs to top performing States on the State Competitiveness Index. The low performers remain the cities holding ranks in the bottom ten rank category because their year-on-year performance shows that they have not been doing well even in the previous years.

It can thus be inferred that cities in India should take timely action to revamp their charm and enhance their competitiveness level. The competitiveness index can act as a tool to benchmark the performance of one city with another and help it understand its areas where it needs to make progress. It can be used to understand their present growth and chart their future strategy to meet its laid down targets.