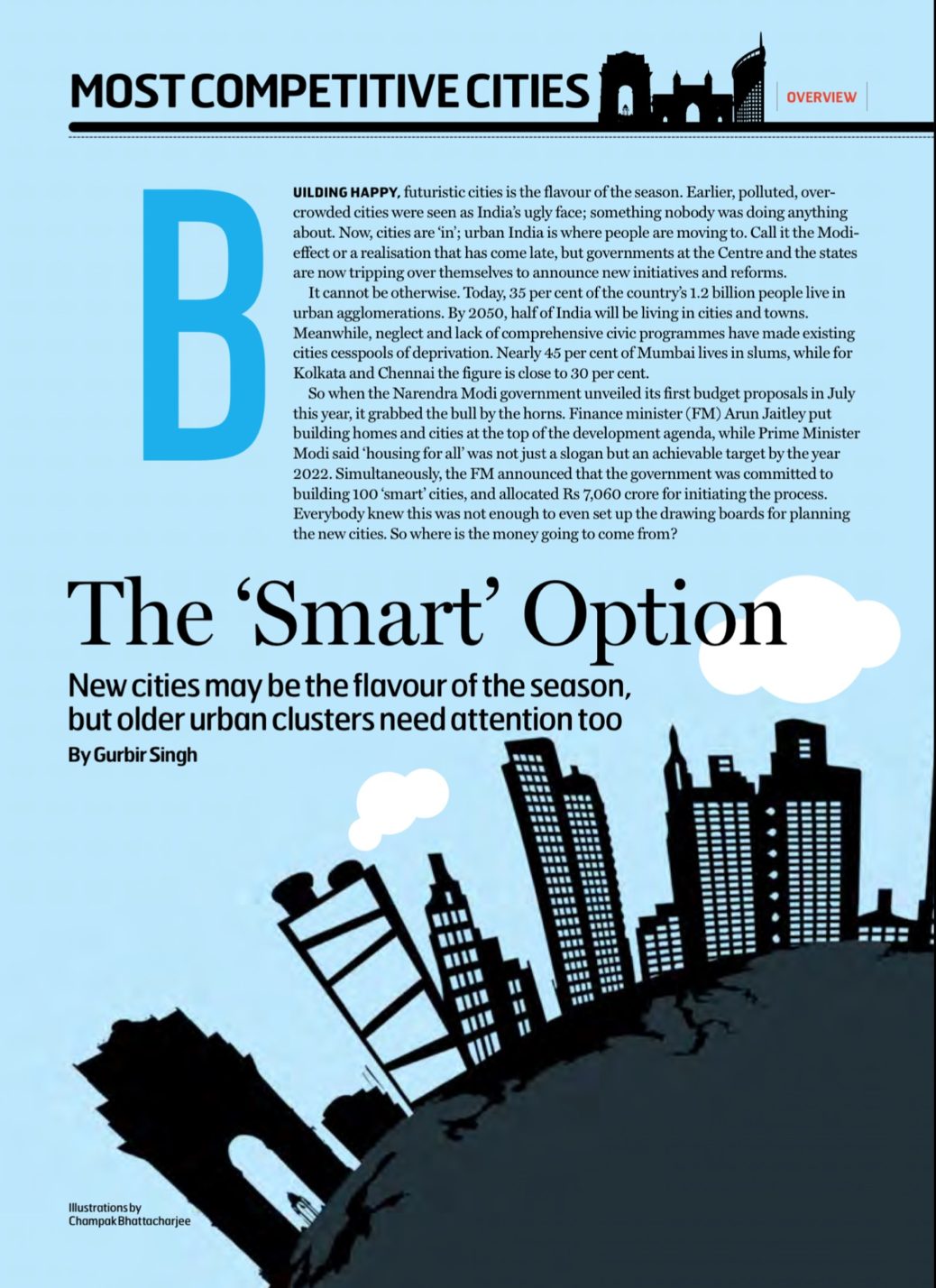 According ot the city competitiveness index, New Delhi secured the title of the most competitive city of India, fifth time in a row. Followed by Mumbai at the second rank which is stable on its place since 2011. Gurgaon and Noida jumped upwards three positions to take the 3rd and 4th rank. Similarly, Bengaluru moved up one position and is now spotted at 7th. On the other hand, Chennai, Hyderabad and Kolkata dropped each by three positions. Pune (9th) and Ahmedabad (10th) were stable at their respective ranks.

No major changes were noted in the ranking of the 50 Indian cities apart from few wherein cities such as, Faridabad, Kochi, etc. have moved up on the index. Similalry, Indore, Raipur, Meerut etc. have demonstrated a dropped from their previous year’s ranking. Indicating that small considered cities are striving hard to compete with the metro cities of the country. The need is to nurture them as per their unique characteristics and make them the best in class.

It is vital to raise the level of competition existent between the cities so as to harness their full potential and carve out their unique niche on a global front. City competitiveness index is the ideal medium to start transforming our present cities and help them to become socially equitable, economically viable and environmentally sustainable by improving their competitiveness level. Thus complemting the growth of the country through their own.