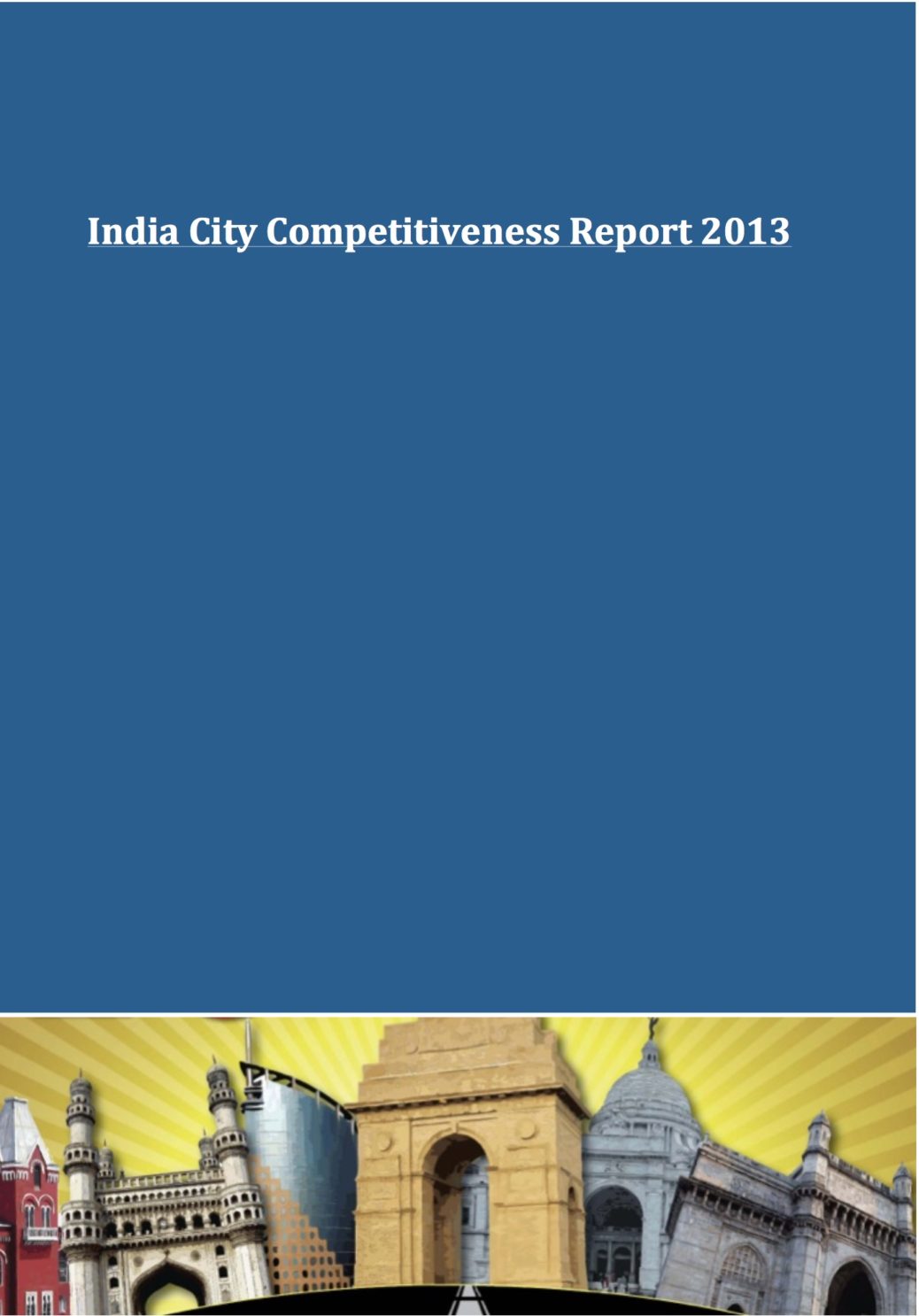 The India City Competitiveness 2013 report evaluates the competitiveness level of 50 Indian cities, which are the building blocks of the nation. The Microeconomic Competitiveness – Diamond Model given by Michael E. Porter, a renowned Harvard Business School Professor has been the basis of the competitiveness index. It consists of four major pillars used to assess the cities from different and various dimensions to establish the imperatives for growth. The set of 50 Indian cities were evaluated on the above pillars and sub pillars to comprehensively understand their domains and accordingly come up with amicable and practical solutions.

According to the city competitiveness index, Delhi is the most competitive city in the country. It has been stable on the numero uno position since 2010 because of few obvious reasons such as good governance, high GDP and better infrastructure. Like last year, Mumbai is constant on its 2nd position further followed by Chennai on 4th, Hyderabad on 4th, Kolkata on 5th, Gurgaon on 6th, Noida on 7th, Bengaluru on 8th, Pune on 9th and Ahmedabad on 10th position.

Much more is now expected from the small Indian cities classified as ‘Y’ (according to the sixth central pay commission). Some of cities like Kochi, Surat, Nashik, Jaipur and Indore have performed well on the city competitiveness index and are fast running upwards on the index. They have exhibited good functioning on some crucial pillars. As a result, they are way ahead with good competitiveness rankings in comparison to other cities of the same nature.

It is thus vital to enhance the local competition existent in between the cities. It will not only make them more stable and unique but will also help them to join the league of international cities. Hence the city competitiveness index comes into the picture. It serves as a tool to help the cities grow in a sustainable manner, complementing their own inherent strengths and developing a clear vision for their future.