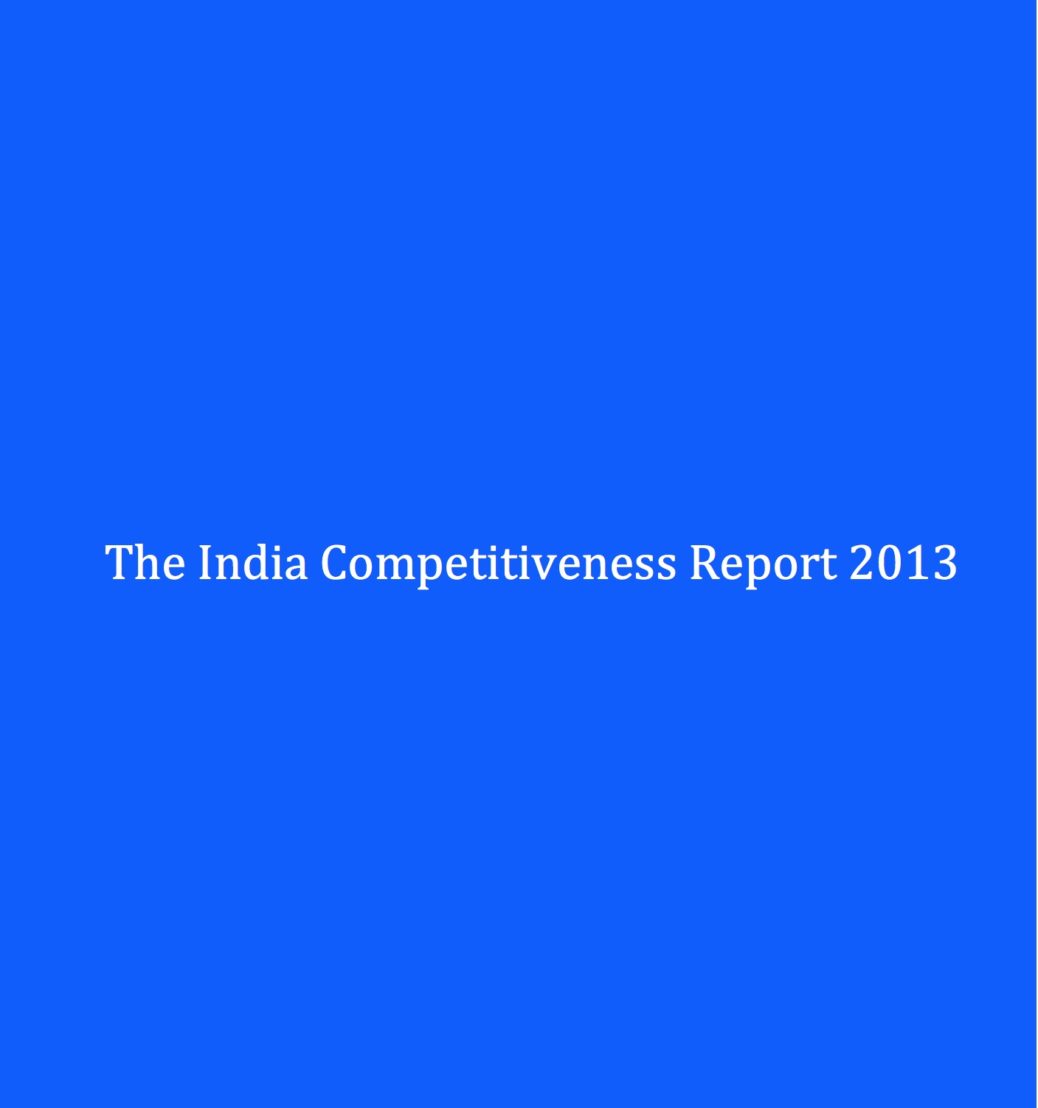 Macroeconomic development includes the macroeconomic forces shaping India’s reality at present. The stage of the economy (based on per capita GDP levels) and several other macroeconomic factors like fiscal deficit, trade and GDP determine to what extent is the county able to attract foreign investment critical for fuelling its growth. Investment is critical not only from the point of view of setting up enterprises which provide jobs but for economic development as a whole which includes development of infrastructure, which has a multiplier effect in the economy based on improvements in efficiency thus leading to better productivity and competitiveness.

India’s competitiveness at present is determined by some critical locations/ sectors/issue, which is again open to debate. The states and cities are the critical building blocks. Diversity and unity of states and the growth of Indian cities will fuel the next phase of growth in India. How do we compare states when they are so diverse? What are the policies which one state can learn from the other are some of the questions, which are crucial and should be looked into. New cities and better administration of the existing ones will determine the growth not only in the urban areas but also growth in general. Already there are several cities coming up along the Delhi Mumbai Industrial Corridor (DMIC). The sectors may not be very competitive but are certainly the ones where India fares well or could do well. There is of course a lot of scope for improvement in some sectors mentioned here like agriculture. Agriculture is a very mature sector in the Indian economy but can benefit hugely from appropriate policies and technology choices. The export sector is again a very important sector from the competitiveness viewpoint as it is helpful in not only expanding market presence but also boosts trade relationships. The ministry of Commerce’s directive of doubling exports by 2014 from the 2011 is a welcome step in the direction but is sadly not something, which would be achieved amid the global slowdown in trade and other activities. The SME/ MSME’s again have a huge scope for improvement but have been the bedrock of India’s competitiveness employing a large number of people and contributing roughly to 5 % of the Indian GDP. The reforms following the balance of payments crisis ushered in a new vibrant and robust financial sector in which both the banks and capital markets have functioned well and have made India competitive globally.

There are several factors, which enable competitiveness. While some or rather most of these factors are present in India some of them are desirable like better educational standards, low level of corruption, which enable growth. Skill based education and employability will have to be focused on if the demographic dividend is not to be converted to a demographic disaster. The jobs in the past have largely been added in the services sector. More participation of the manufacturing sector will enable not only better jobs but also a host of other service jobs around the manufacturing activity. The national manufacturing policy envisages the creation of 100 million Jobs till 2022. The power infrastructure in India Is increasing at a rapid pace but the main raw material for production of electricity (coal) is in short supply. The three policy imperatives, which the government is left with at present, are one, opening of coal sector for better efficiencies in extraction of coal. The second imperative is boosting other production technologies like nuclear and renewable source and the third imperative is letting the private sector set up captive power plants. India has an improving infrastructure and this could lead to betterment in efficiencies and multiplier effects in the economy. The infrastructure sector in general has envisaged investments totaling approximately 1 trillion dollars in the 12th plan. The industrial policy of India has had a significant impact on the way in which the various sectors in the economy have grown. We look here into 2 crucial clusters/ industries from a chronological perspective to come up with the kind of opportunities that a growing economy presents. Corruption has been an endemic problem in India and India ranks 95th on the Corruption Perception Index of Transparency International. A low level of corruption would boost not only the Indian state but also the Indian society at large.

The areas of opportunity are areas, which hold the promise of the future and should be focused on to balance the present priorities with the future ones. Healthcare sector is one, which is primarily the responsibility of the government. It broadly comprises of 5 subsectors- Hospitals, Pharmaceutical Industry, Diagnostics, Medical Equipment’s and Supplies and Medical Insurance. In India the growth till date in the sector has been driven by private sector, as the state is unable to cater to the huge demand. This has lead to a growth of several unique business models, which have changed the price performance ratios to a fraction of what the used to be enabling economic and social benefits to consumers. The future of the sector will be dependent on the availability of cheap and affordable medicines to the millions of poor in India. The manufacturing sector of the Indian economy has traditionally been an Achilles’ heel. To counter this anomaly the national manufacturing policy envisages creation of 100 million jobs as well as increase in the share of manufacturing output to 25% of the GDP by 2022.  These are welcome policy measures but the whole system of doing business will have to bettered if India is to reach anywhere near the target in the coming 15 years. At present the ease of doing business in India is relatively problematic having great amount of bureaucratic hurdles for business to operate in along the way. Research and development in India is also picking up but at present the focus is completely missing. A classic case in point for the betterment of a nation through research and development is America, which filed the largest number of patents in 2011. It has had a consistently strong R and D performance over the years leading to its technological superiority. This area holds huge promise if India is to become globally competitive.