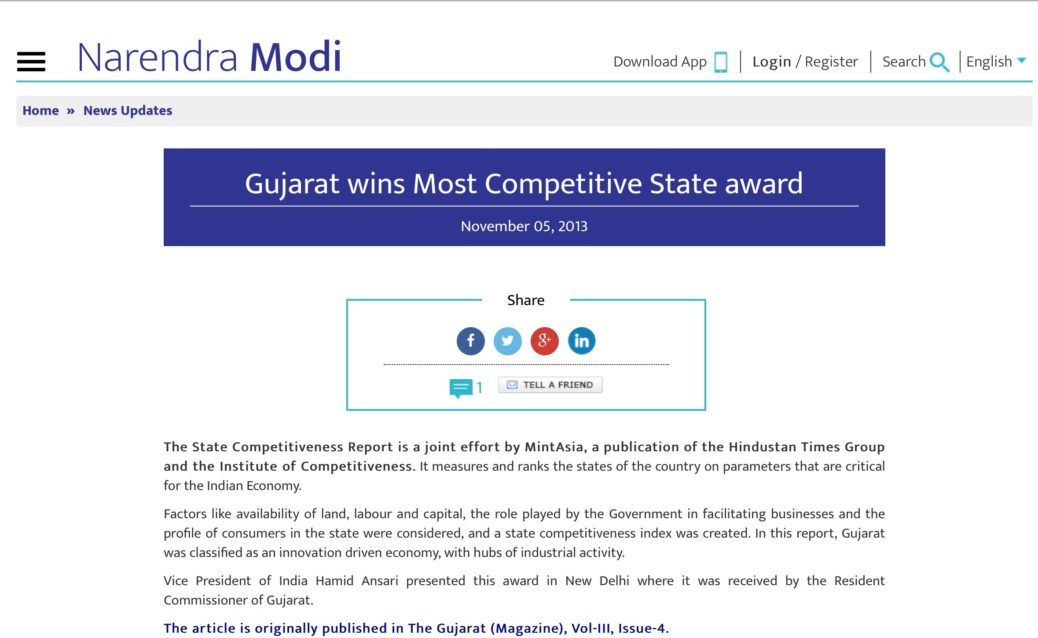 The State Competitiveness Report is a joint effort by MintAsia, a publication of the Hindustan Times Group and the Institute of Competitiveness. It measures and ranks the states of the country on parameters that are critical for the Indian Economy.

Factors like availability of land, labour and capital, the role played by the Government in facilitating businesses and the profile of consumers in the state were considered, and a state competitiveness index was created. In this report, Gujarat was classified as an innovation driven economy, with hubs of industrial activity.

Vice President of India Hamid Ansari presented this award in New Delhi where it was received by the Resident Commissioner of Gujarat.