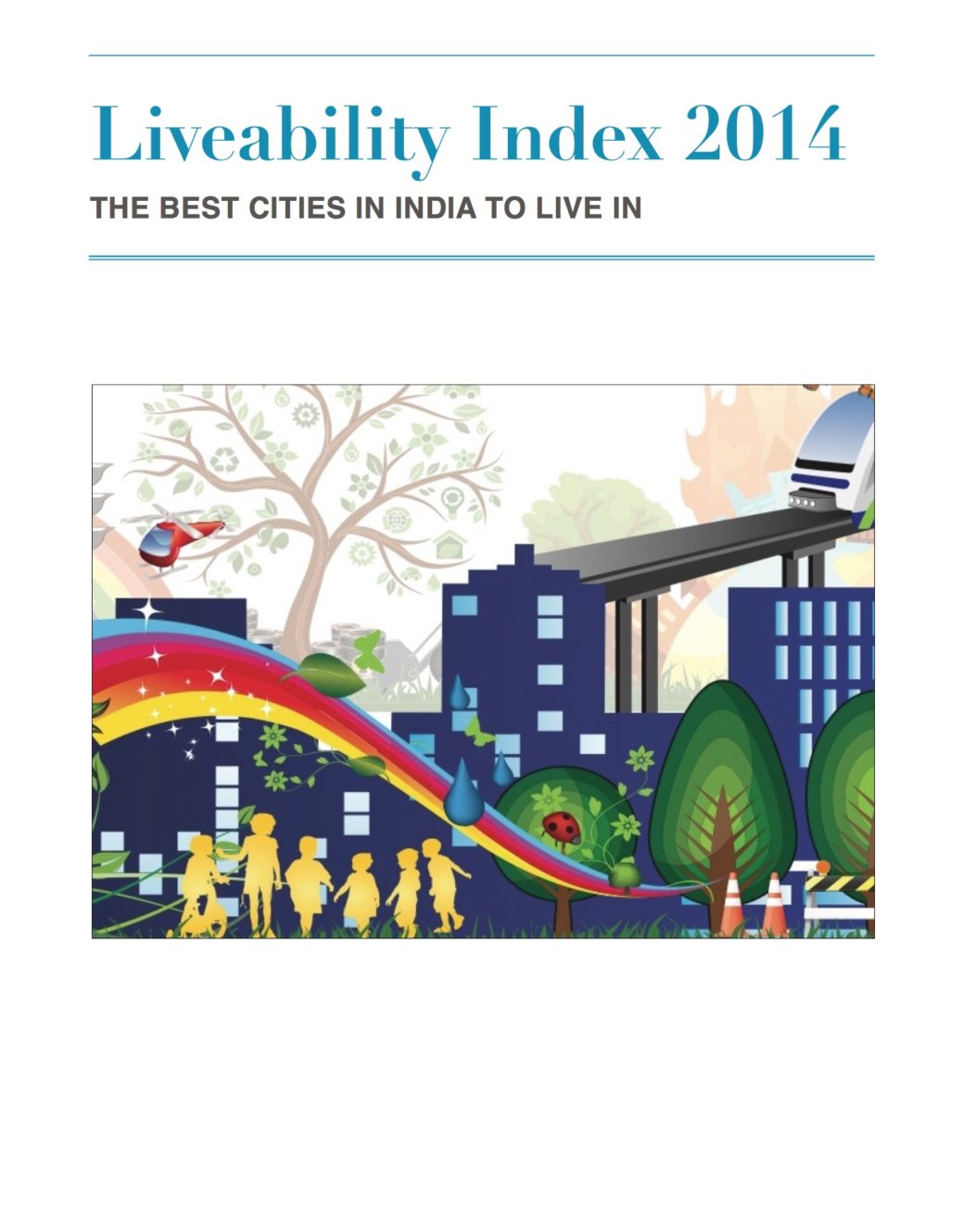 Indian cities being the backbone of the country since decades can easily drive the country towards prosperity. However, to attain the highest level of affluence, it is critical that Indian cities keep a check on its living conditions. The liveability index 2014 captures the idea and reflects the yearly progress of 50 Indian cities via the index.

Mumbai remains the most liveable city among the 50 Indian cities studied. Similar to Liveability Index 2013, it is followed by the capital city of the Indian state of Tamil Nadu, Chennai. Delhi, which was the most liveable city until 2011, now lies in third place. Few changes were noticed in the top ten positions like Hyderabad dropped two places and reached the fifth place. Pune is a new entrant in the top ten cities slot and is now positioned at tenth place. Apart from it, Bengaluru, Kolkata, Noida, Gurgaon and Chandigarh are stable at their respective rank that is at 4th, 6th, 7th, 8th and 9th in that order.

Over the last one-year, not more than 10 cities have experienced major changes in their rankings. They are Surat, Guwahati, Jaipur, Bhopal, Rajkot, Vadodara and Kota etc. Their positive performance on just one pillar has drastically impacted their existing liveability condition, which is very well reflected in their overall ranking.
Effect of turmoil occurred in the state of Andhra Pradesh in 2014 due to its partition is clearly represented by the cities of Hyderabad and Vijayawada. Both the cities have witnessed decline from their last year’s rank. On the other hand, cities from the state of Gujarat have significantly improved in liveability. Surat and Rajkot have jumped three positions and are now at 17th and 34th rank respectively, whereas Vadodara moved five places upwards to reach 38th rank.

The last ten slots on the liveability index 2014 also saw only reshuffle of cities with just one new entrant, Dhanbad at 39th rank. Bottom five cities of the index in their respective order are Kota, Faridabad, Kanpur, Asansol and Patna.

The most prominent trend observed in the index was that top positions are still dominated by the large metropolitan cities of India. Performance of their strong areas has nicely covered their weak areas. In other words, the index provides insight into the quality of life available to people.