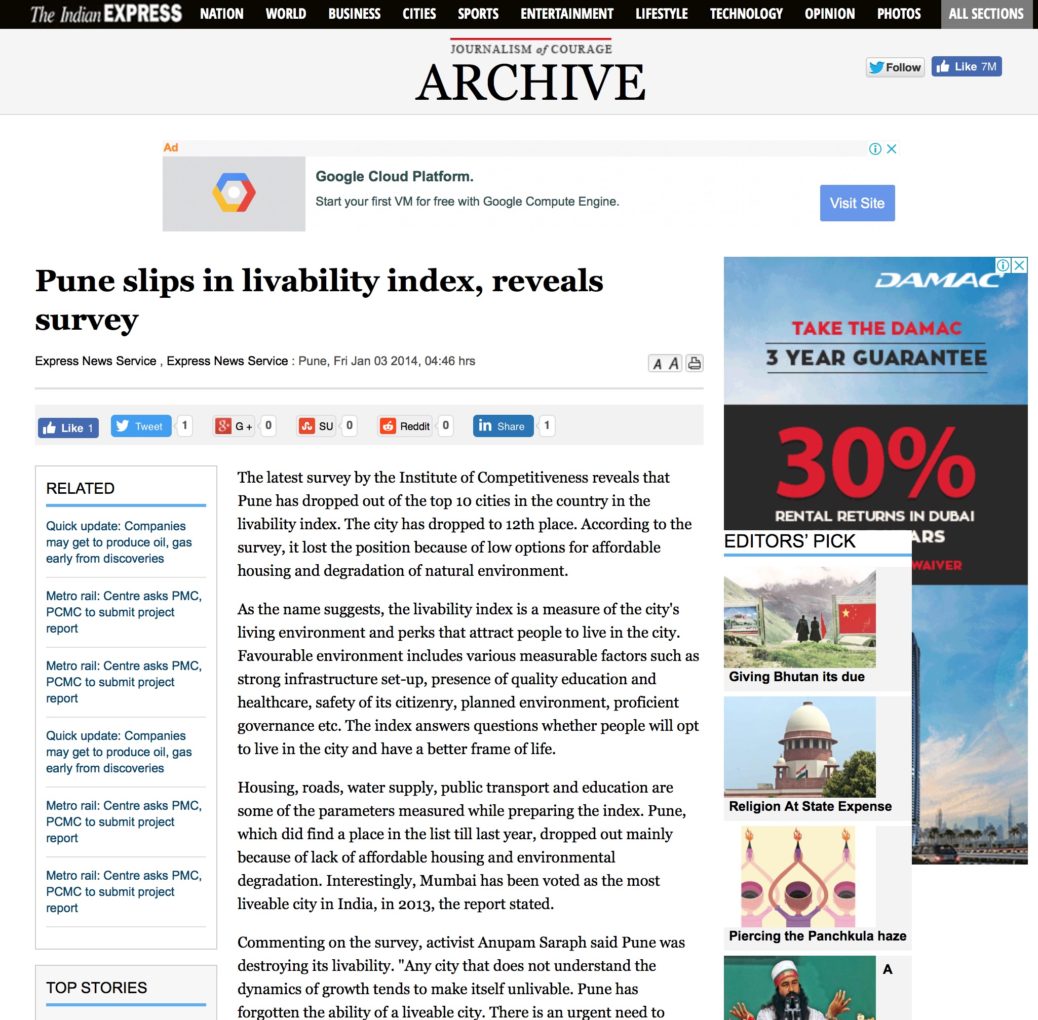 The latest survey by the Institute of Competitiveness reveals that Pune has dropped out of the top 10 cities in the country in the livability index. The city has dropped to 12th place. According to the survey, it lost the position because of low options for affordable housing and degradation of natural environment.

As the name suggests, the livability index is a measure of the city’s living environment and perks that attract people to live in the city. Favourable environment includes various measurable factors such as strong infrastructure set-up, presence of quality education and healthcare, safety of its citizenry, planned environment, proficient governance etc. The index answers questions whether people will opt to live in the city and have a better frame of life.

Housing, roads, water supply, public transport and education are some of the parameters measured while preparing the index. Pune, which did find a place in the list till last year, dropped out mainly because of lack of affordable housing and environmental degradation. Interestingly, Mumbai has been voted as the most liveable city in India, in 2013, the report stated.

Commenting on the survey, activist Anupam Saraph said Pune was destroying its livability. “Any city that does not understand the dynamics of growth tends to make itself unlivable. Pune has forgotten the ability of a liveable city. There is an urgent need to evaluate the development projects in the city,” he said. Citing the example of the Metro project, he stated that no estimation of the project in the livability index was done.