Hyderabad third most liveable in India 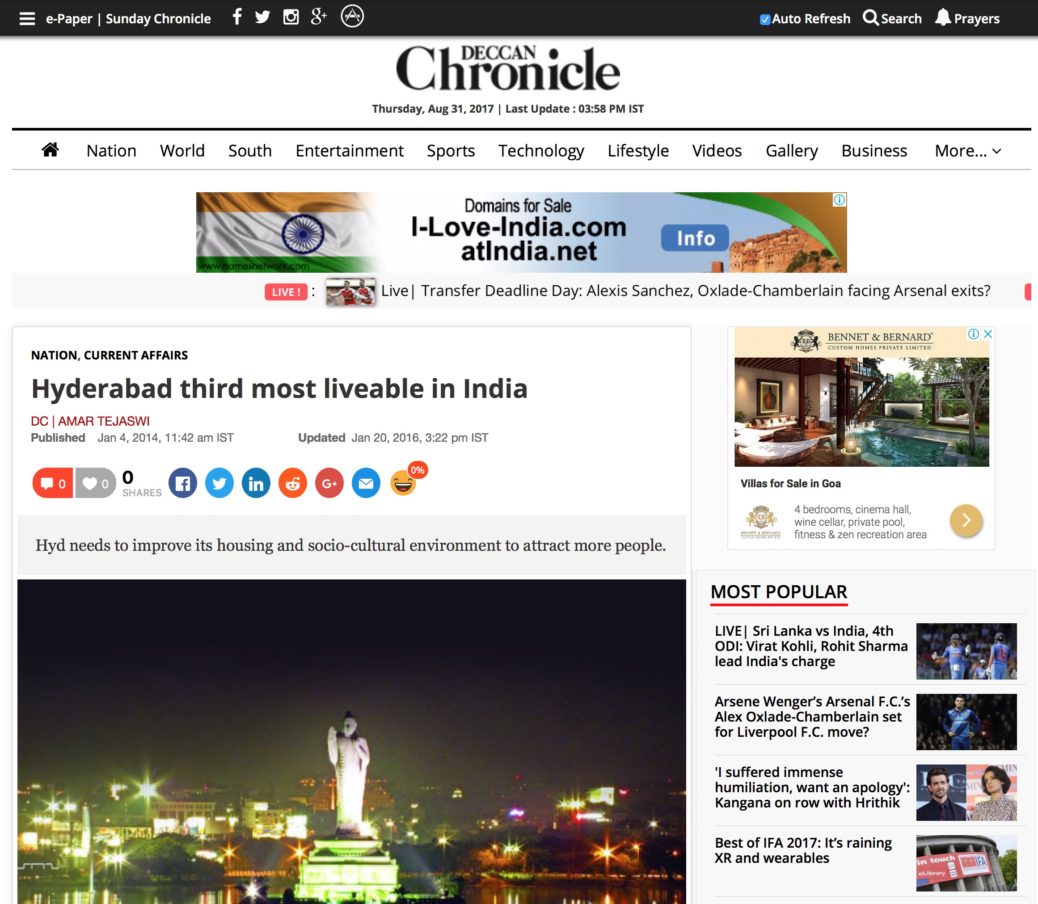 Hyderabad dropped a place and was ranked the third best city to live in the country, states a new research report.

The city has been ranked third for 2013 in the list of most liveable cities by Delhi-based think tank, Institute for Competitiveness. The report states that Hyderabad needs to improve its housing and socio-cultural environment — a reference to the Telangana tangle — to attract more people.

Other cities in the state like Visakhapatnam and Vijayawada have also dropped down in the list. The Institute for Competitiveness released its list of the most liveable cities in the country for 2013. Mumbai and Chennai top the list, followed by Hyderabad.

The city had been ranked second in the Liveability Cities Index last year. The final rankings are based on individual scores in different sectors like health, education, economy, safety, housing, socio-cultural environment etc.

“Hyderabad has performed well on pillars such as demography, health and medical standards, safety and planned environment,” the report stated.

However, the report suggested that the city needed to improve its housing sector and socio-cultural environment. On the housing front, Hyderabad was ranked 40th among 50 cities for “urban household crowding” and 38th for “housing cost and availability”, which has taken the sheen off the city to a certain extent.

Hyderabad has also been ranked 43rd for cultural environment while it has been ranked 27th in supporting infrastructure like drinking water, electricity. “In order to become the most livable city of the country, it needs to improve upon the areas of socio-cultural environment and housing cost and availability,” the report stated.

The Liveability Report 2013 was covered by Deccan Chronicle on January 4, 2014.