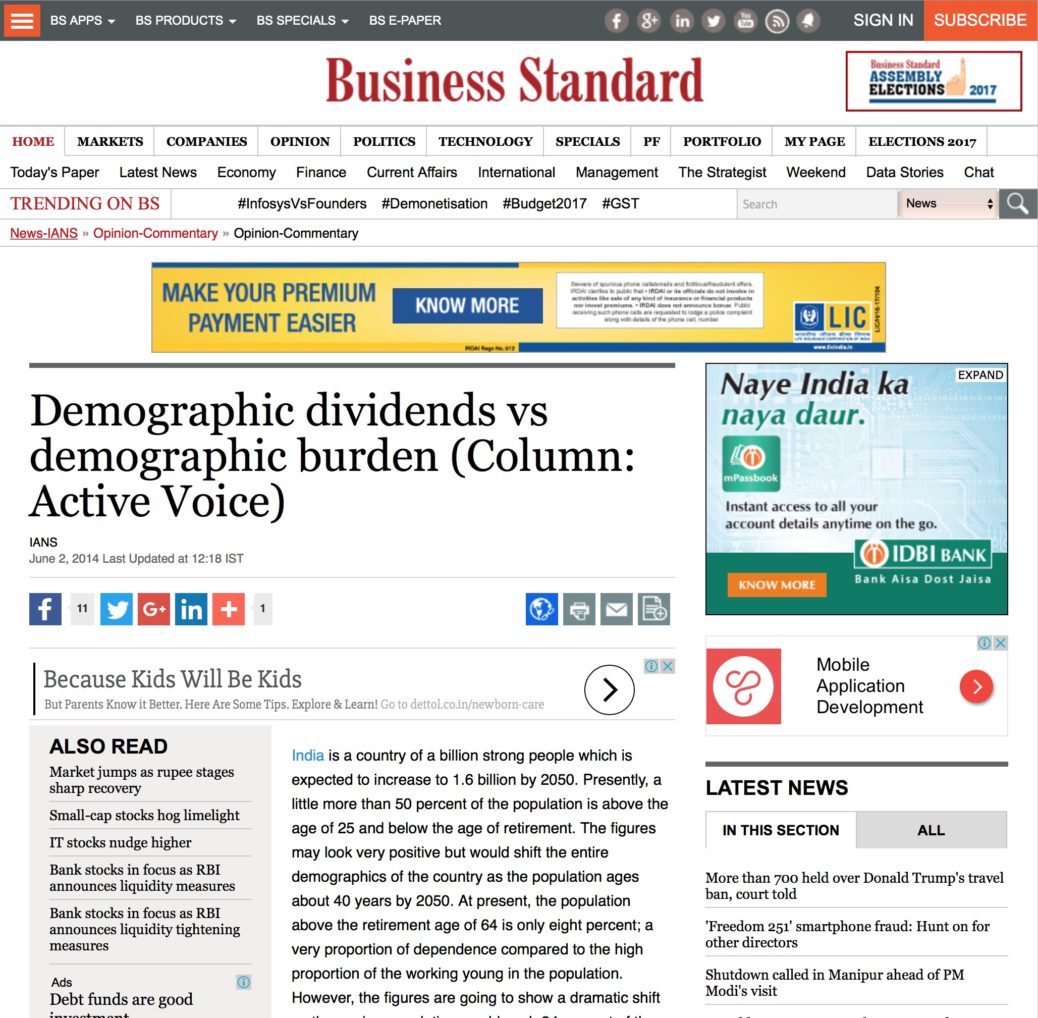 The onus of India’s growth lies on the population. The productivity and the efficiency of the population would determine the direction and pace of the country’s growth. A large population will lead to progress if right direction is given to its youth. It is imperative for the country to ensure that the demographic boon remains and the dividends youth can give are utilized to its full productive potential. India has to prevent the demographic dividends from translating to a demographic burden. It is crucial that the country’s attitude changes towards its population. It is time India adopts a more sound economic perspective to its population.

The changing attitudes however, are not restricted to just the size of the population. The quality remains an important aspect as India struggles to control literacy rates to create a more viable economy. The education of the masses will determine the productive potential of the nation without which it is humanly impossible to mobilize a billion strong people towards the goal of national development.

The country faces a major challenge here as well as one third of the population would remain deprived of formal education by 2025 if measures are not undertaken to tackle literacy rates. To fully utilize the population in the growth of the economy, patterns would need to be identified and understood across different regions. What matters today is that correct directives and interventions must be done at the level of each region to enhance the productivity of the population.

However, India faces challenges in the future as it faces shifting demographics in the next 40 years. What would matter for India is whether the country can perform on the global platform or would succumb to the young but an unemployable population that can work but not support the burden of pushing a billion strong on the path of progress.

The world has great expectations from India, more than that, Indians have more expectations out of India, specifically as it poses a challenge to traditional approaches to commerce and trade. However, as India loses its youth to time, it needs to delve into alternate opportunities to exploit. India’s population is its forte and the country needs to realize newer ways of combining the forte of the youth with its long- term goals of competitive growth.

Published with Business Standard on June 2, 2014.