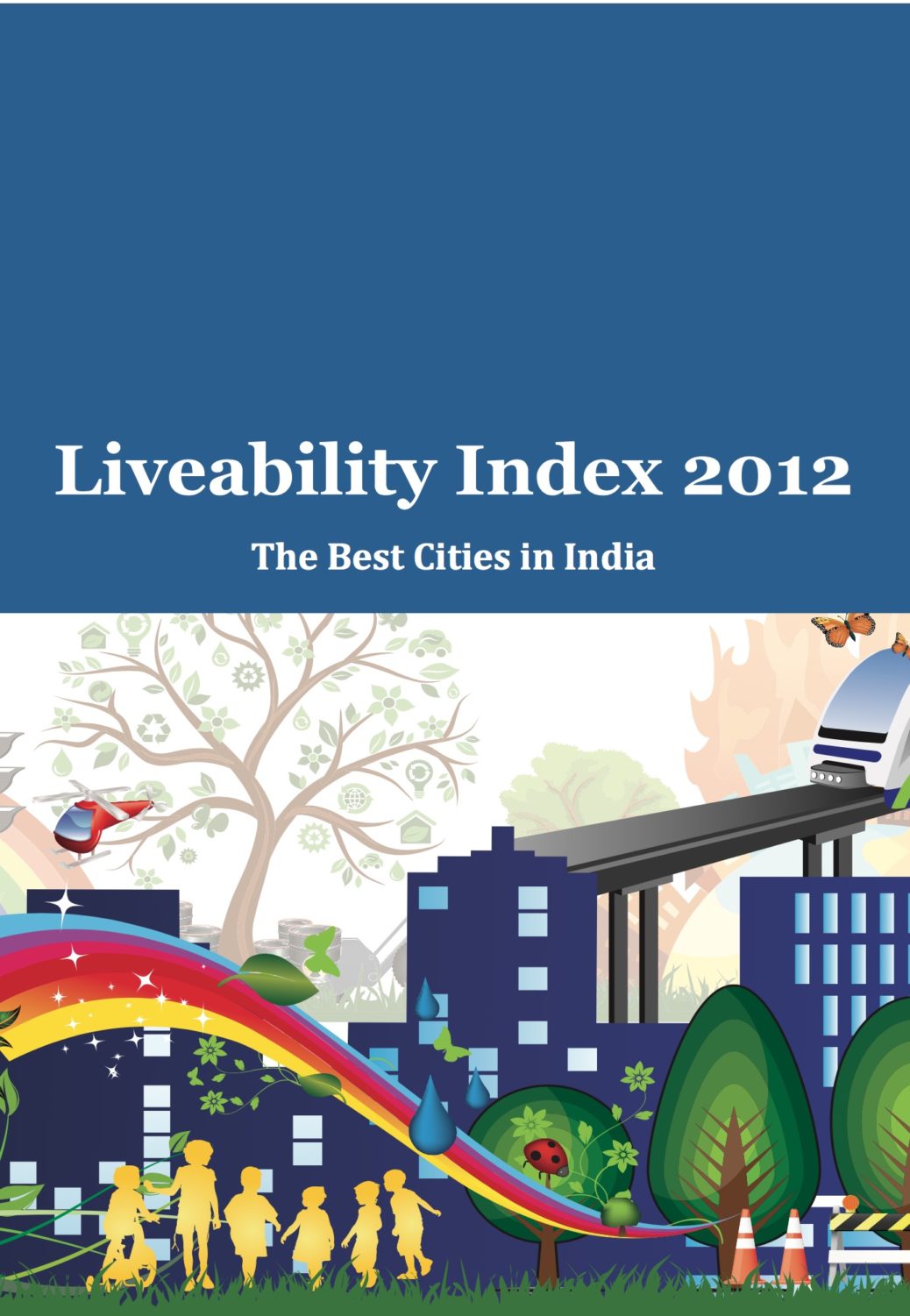 The Liveability Index 2012 presents a true picture of the living conditions in India’s 50 cities. The framework used for the index is an evolved adaptation of the world-renowned diamond model of Professor Michael Porter of Harvard University. It is founded on 8 pillars, which further divides into 20 constituent sub-pillars. The Index strives to maintain the highest level of data integrity. Behind the index, a variety of mathematical calculation is done which are supported by numerous reliable and credible data sources. The index provides insight into the quality of life available to people and provides evidence on the future state of the city in terms of its liveability.

According to the index, Chennai emerged as the most liveable city in India by defeating Delhi, which was stable at the position from past two years. Chennai with its strong presence in planned environment and by being in the top five slot of most of the pillars such as education, health & medical standards and socio-cultural-natural environment has scored the number one position. Hyderabad is spotted at the second position and has gained two ranks in 2012. Mumbai, which was earlier at second position, has to satisfy itself with the third rank because it scored low scores on pillars such as safety etc. Nagpur holds the 4th rank, Pune 5th, Nashik 6th, Kolkata 7th, Chandigarh 8th, Madurai 9th and Bengaluru 10th.

Some drastic changes were noted with the cities such as Delhi and Gurgaon. On one hand, Delhi slipped 12 positions and holds the 13th rank on the Liveability Index 2012 due to its poor performance on the pillars like safety and socio-cultural-natural environment. On the other, Gurgaon grabbed 17th rank from its previous year 50th position. Similarly, cities such as Kochi (18th), Kozhikode (20th), Jaipur (26th), Bhubaneswar (27th) etc. which earlier appeared as promising cities have faded this year and have fallen extremely from their previous positions.

In this year’s report, Goa has been replaced by Raipur in order to have a more balanced and robust index. Cities who are ranked in the bottom ten are Raipur, Dhanbad, Ranchi, Guwahati, Patna, Kanpur etc. due to their below average performance on most of the pillars. Thus it would require a strong and focused vision to redress the present state of Indian cities by focusing on their individual and unique set of characteristics so that they can also emerge as world-class liveable cities.