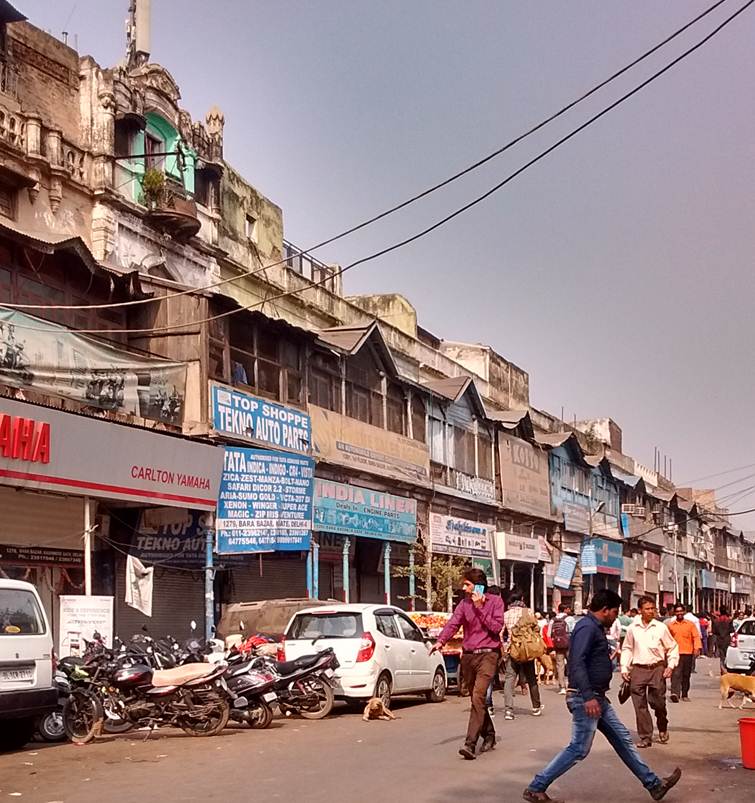 Indian Capital ‘New Delhi’ ranks first in the Liveability Index 2011 / Delhi has the highest number of houseless people in India, despite being the best city to live in

Kolkata, the Safest City in the country according to the ‘Liveability Index 2011’/ Kolkata ranks amongst the lowest in health and medical standards in the country

‘Institute for Competitiveness’ with its Liveability Index-2011 enables a better understanding of  the factors defining the living potential of cities across the country. Livability refers to an urban system that contributes to the physical, social, mental and personal development of all its inhabitants. The index relies on an objective approach and takes into consideration more than 300 indicators. Key principles that give substance to the theme are equity, dignity, accessibility, conviviality, participation and empowerment. The overall Liveability Index 2011 is an integration of categories such as demographic, education, health and medical standards, safety, housing option, socio-cultural political environment, economic environment, and natural built/planned environment.

A livable city is one that directly benefits the people who live and work in it along with those who visit it. It refers to the environmental and social quality of an area, which includes local environment conditions, presence of quality education and health institutions, infrastructure, spending power administered by its consumers, safety of the population and recreational avenues. Likewise, businesses are on a persistent lookout for locations that complement the production process, say for example an area with regular supply of power and well-connected roads provides a favorable environment for a commercial activity.

The Liveability Index-2011 takes into consideration the various associated and crucial dimensions of livability criterion for fifty cities and sums up nearly 300 indicators. The Index is based on the hard data gathered from different credible sources such as government published reports of various ministries and other reputed and trustworthy organizations. The weights allotted to the different indicators have been computed by the application of Principle Component Analysis that ensures the elimination of multi-co-linearity, the basis for which is the Diamond Model laid down by the world renowned Harvard University Professor Michael E. Porter.

This model is an attempt to evaluate the Live-ability level of the various Indian cities. It should be noted that the approach adopted here has broadened the definition of a ‘livable city’ by including not just urban but also the rural factors.

According to the Liveability Index the factors behind the success of New Delhi is its strong hold in demographic, health and medical standards and education pillars. However a matter of concern is its ranking in the safety and housing option category for which it has already been criticized a lot.

Among the four major metros Kolkata holds the highest rank among the 50 cities in the safety pillar as the crime rate and the road accidents are less in the city in comparison to any other Indian city.

Hyderabad and Chennai are position at number 4th and 5th respectively. These are followed by the two upcoming south Indian cities that is, Kochi and Kozhikode at the 7th and 8th spot.

Astonishingly Bhubaneswar comes up as the best city in the housing option pillar as it holds the maximum score in the housing cost & availability and urban households crowding dimensions correspondingly.

Vadodara can be considered as the city with new hopes as it scored highest among the fifty cities on the economic environment pillar. It ranks very high on factors such as income & environment, economic infrastructure, business environment and purchasing power.

The Liveability Index showcases the livability profiles of the Indian cities from various perspectives, such as from point of view of Corporates who wants to invest, People who want to choose a city to live in, People who are already a part of the city and the Government that is trying to figure out the weak areas of the various cities and enhance the policies accordingly.

Dr. Amit Kapoor, Honorary Chairman, ‘Institute for Competitiveness’ speaks on the analysis and the outcome, “Today, the Indian cities are emerging on the global front in a curious ways. Not only do they house large numbers of people, but are also emerging as global business hubs. This development has however started to stifle the living conditions available to the residents of the cities. Thus, liveability of cities is critical to comparisons between cities as well as to develop an understanding of a city’s strength and weakness.”