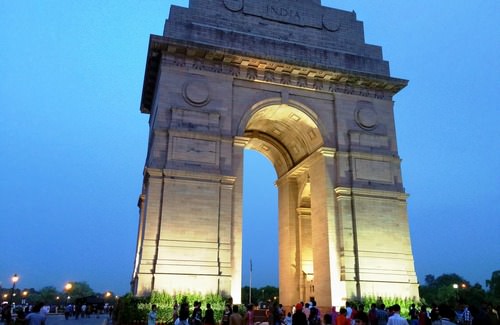 Institute for Competitiveness, India brings forth the second issue of Sustainable Competitiveness Report, which assesses 28 states and one union territory on more than 150 indicators. The framework of the sustainable competitiveness index is based on four crucial pillars that are, social inclusion, environment and climate change, economic development and resource availability and utilization. It further groups the states in three heads on the basis of their population density- high density, medium density and low density to make the framework more robust and balance the relative analysis of states. The scores are calculated for each category and henceforth states are ranked.

The city-state, New Delhi holds the number one position among the five states which falls in the category of high density regions. It has demonstrated a balanced growth over a period of time by keeping a check on its economic, social and environment sustainability. It stood first on three pillars and via sustainable competitiveness index exhibited that it needs to improve on the environment and climate change pillar. Enhancing its status on the aforementioned pillar will help it to join the global race.

Not many changes were observed in the category of high density states as Kerala was stable with its second spot. Uttar Pradesh moved two positions upside while Bihar and West Bengal slipped one position separately.

In the category of medium density states, Goa was once again spotted on the first rank by excelling on the pillars, environment and climate change and economic development and also doing well on the indicators related to crime, tele-communications, human capacity etc. in other pillars. States such as Andhra Pradesh, Madhya Pradesh, Maharashtra, and Orissa shifted upwards in their position on the sustainable competitiveness index.

Sikkim has fared as the best among low population density states, due to its high performance on indicators linked to crime, pollution levels, GDP growth, etc. It is one of the states in the country that does fairly well in the area of Bio-diversity. Other states such as, Uttaranchal and Manipur jumped two positions individually and is placed at 5th and 7th position respectively on the sustainable competitiveness index.

Dr. Amit Kapoor, Honorary Chairman, Institute for Competitiveness stated ” The Sustainable competitiveness Index is the only measurement tool in India which assesses the progress of Indian states towards sustainable development. It is a very effective decision making tool for the policy makers to devise their policies and strategy at the state-level. The report provides some good insights on the strengths & weakness of the states and different initiatives taken towards sustainable development.”