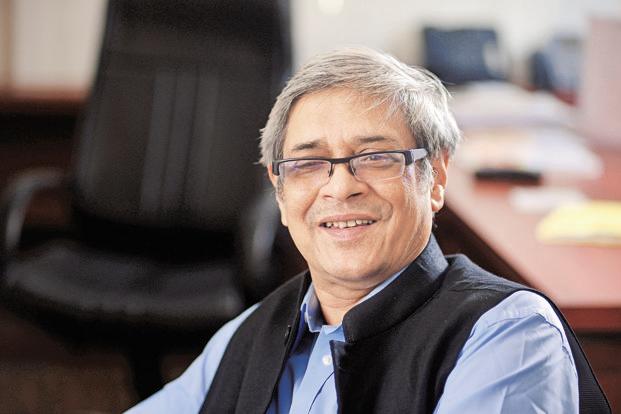 Do enterprises compete, or is it countries that compete?  Anyone who has read Michael Porter’s work, from Competitive Strategy to Competitive Advantage, and then to The Competitive Advantage of Nations, will accept it is a bit of both.  The warp and weft of the global market has always fallen short of the ideal of perfect competition and has become even less so, in recent times.  Nevertheless, it is also true that there is greater competition in the global market.  Porter’s interest in competition was initially driven by his interest in sports.  To use that analogy, there is a difference between competing in a national event and competing at the Olympics.  Enterprises operate in an environment, markets are based in an institutional setting, framed by government policies.  Therefore, if India’s growth and development trajectory has to move to a Citius, Altius, Fortius level, both government policies, and enterprise reactions to those, come into play.  National income has four growth drivers – consumption, investments, government expenditure and (net) exports.  If an aircraft with four engines functions on three, that is sub-optimal.  The aspirational target of $5 trillion GDP is contingent on real growth of at least 8%, with additional assumptions about inflation and exchange rates.  Consequent higher per capita income correlates with better standards of living, lower poverty, greater employment and improved human development indicators.  It is therefore axiomatic that, notwithstanding the relatively malign global environment, exports will have to perform well.  There was a time when pre-reform India was inward-looking and insular.  No longer.

Since May 2014, the government has introduced various reforms to make India more competitive and improve both ease of living and ease of doing business.  As India celebrates Azadi Ka Amrit Mahotsav and sets the template for Amrit Kaal, to set the trajectory for India in 2047, there are naturally internal exercises that have been undertaken, to review what India needs to do to become more competitive, and recommend what needs to be revamped.  In essence, per capita income is nothing but the per capita productivity of Indians in working age groups and that is an outcome of efficient land, labour and capital markets, with the rest being determined by productivity.  Alternatively, one can slice this sector-wise, with specific reforms for primary, secondary and tertiary sectors.  Reforms involve not only the executive arm of government, but legislature and judiciary too.  More importantly, India is a large and heterogeneous country, with inter-State and inter-regional differences and depending on resource endowments and movements up the development ladder, different States will tap different sources for growth, productivity enhancement and competition.  This is a truism.

There is utility in bringing in an external view, to supplement internal exercises.  There can be internal biases and an internal observer may judge imperfectly the extent to which potential energy is being transformed into kinetic energy.  The position within the system prevents accurate assessment of the momentum.  This is almost like the uncertainty principle of quantum mechanics.  To that end, when Professor Michael Porter met the Prime Minister, the seeds of the the India Competitiveness Initiative were sown and the initiative has been driven not only by Michael Porter, but also by Christian Ketels and Amit Kapoor.  It should be stressed that the diagnosis is not based only on what was thought of in Harvard Business School.  There have been extensive stakeholder meetings, spanning months, with those who have a stake in India’s growth and development.  Indeed, there is much at stake and EAC-PM (Economic Advisory Council to the Prime Minister) has been fortunate.  An initial presentation, with subsequent discussions, took place at EAC-PM. EAC-PM is honoured that it has been invited to jointly publish this with Institute for Competitiveness.  This diagnosis document is meant for discussion and debate, followed by delivery.

While there are different ways to examine India’s competitiveness, this report is understandably based on the Porter framework, duly modified to factor in the many India-s that exist within India, that is Bharat.  It assesses where India stands now, but doesn’t leave it at that.  Building on the diagnosis, it articulates a strategy for India at 100.

“‘Come, it’s pleased so far,’ thought Alice, and she went on. ‘Would you tell me, please, which way I ought to go from here?’ ‘That depends a good deal on where you want to get to,’ said the Cat. ‘I don’t much care where’ said Alice. ‘Then it doesn’t matter which way you go,’ said the Cat.”  “‘–so long as I get somewhere,’ Alice added as an explanation. ‘Oh, you’re sure to do that,’ said the Cat, ‘if you only walk long enough.’”  This document sets out where India wants to go, and the way to be taken.  It isn’t a question of walking without working up a sweat.  Within a marathon, there is a bit of a sprint, since there is plenty of catching up to do.  Citius, Altius, Fortius.