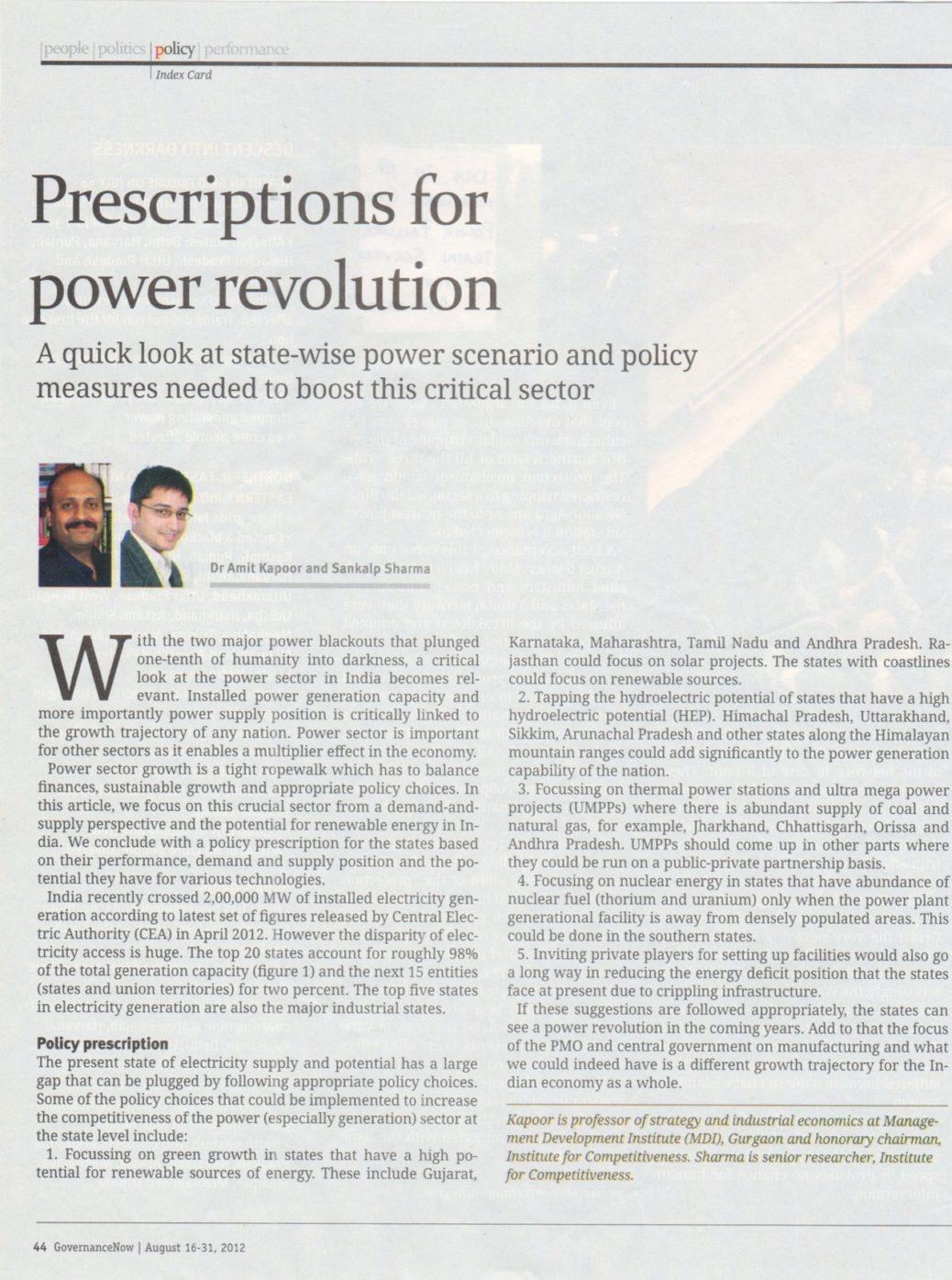 With the two major power blackouts that plunged one-tenth of humanity into darkness recently a critical look at the power sector in India becomes relevant. Installed power generation capacity and more importantly power supply position is critically linked to the growth trajectory of any nation. Power sector is important for other sectors as it enables a multiplier effect in the economy. Power sector growth is a tight ropewalk which has to balance finances, green sustainable growth and appropriate policy choices. In the present article, we focus on this crucial sector from a demand and supply perspective and the potential for renewable energy in India. We end the article with policy prescription for Indian states based on their past performance, demand and supply position and the kind of potential they have for various technologies.

India recently crossed 2,00,000 MW of Installed electricity generation according to latest set of figures released by CEA in April 2012. However the disparity of electricity access is huge. The top 20 states account for roughly 98% of the total generation capacity (Figure 1) and the next 15 entities (States and Union Territories) for 2 percent. The top 5 states in electricity generation are also the major industrial states.

The present state of electricity supply and potential has a large gap that can be plugged by following appropriate policy choices. Some of the policy choices that could be implemented to increase the competitiveness of the power (especially generation) sector at the state level include:

If these suggestions are followed appropriately, the states can see a power revolution in the coming years. Add to that the focus of the PMO and central government on manufacturing and what we could indeed have is a different growth trajectory for the Indian economy as a whole.

The article was published in Governance Now in the issue August 16-31, 2012. Download PDF