Need of The Hour is to Keep Core of Infosys Intact 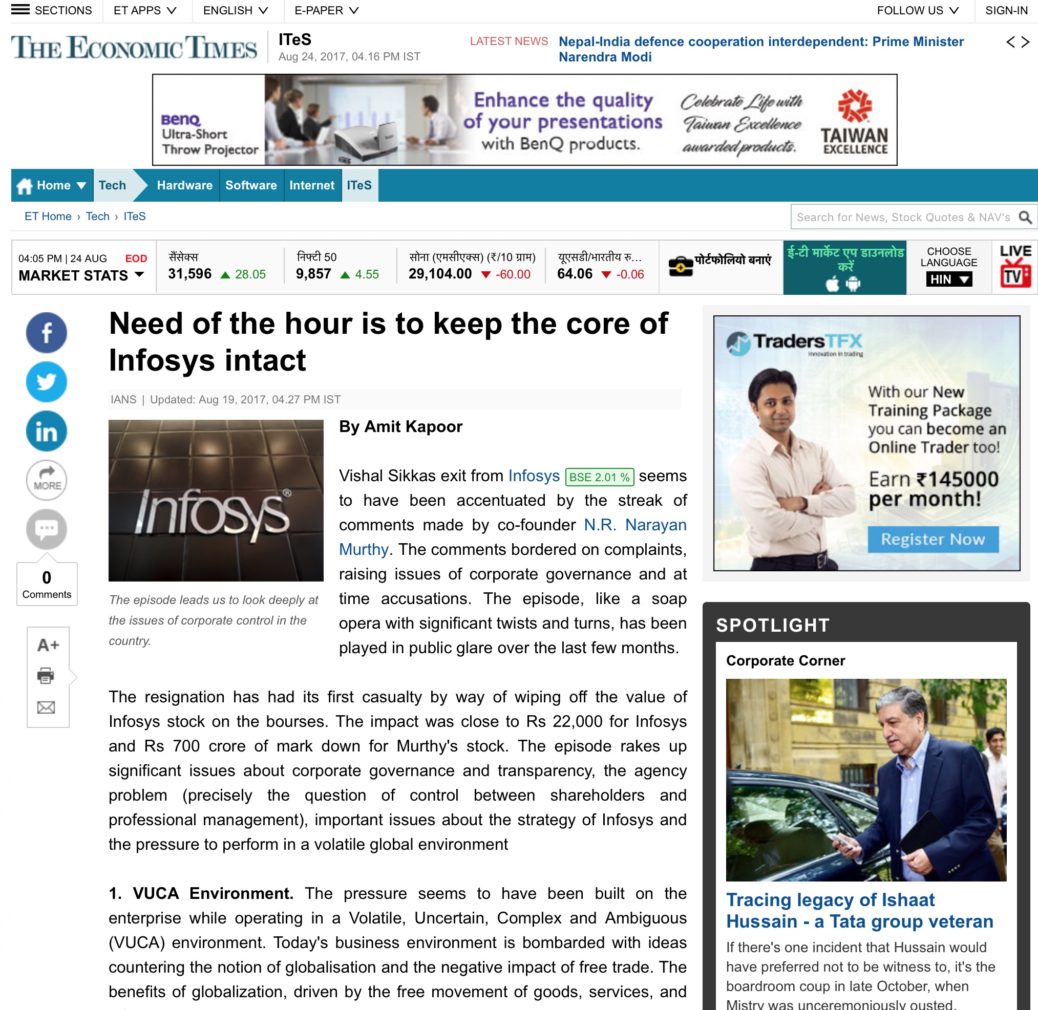 Dr. Vishal Sikka’s exit from Infosys seems to have been accentuated by the streak of comments made by co-founder Mr. Narayan Murthy. The comments bordered on complaints, raising issues of corporate governance and at time accusations. The episode, like a soap opera with significant twists and turns, has been played in public glare over the last few months. The resignation has had its first casualty by way of wiping off the value of Infosys stock on the bourses. The impact was close to INR 22,000 for Infosys and 700 crores of mark down for Mr. Murthy’s stock. The episode rakes up significant issues about corporate governance and transparency, the agency problem (precisely the question of control between shareholders and professional management), important issues about the strategy of Infosys and the pressure to perform in a volatile global environment and

The situation at hand demands an immense level of maturity is shown by all parties involved. This would require all parties concerned to tone down the rhetoric, stand down from their respective positions and sit across the table to discuss the issues. If this is not done on the immediate basis, the loss would entirely be felt by Infosys, the poster boy of Indian IT Industry, that I am sure wouldn’t be liked by Mr. Murhty, the board or any stakeholder for Infosys. We must as well keep in mind that all organizations need to change, evolve their business model and adapt to the new realities. This will certainly have to be done while keeping in mind that the core of Infosys is kept intact which in itself seems to be jeopardized at the moment.

The article was published with The Quint and Economic Times on August 19, 2017.