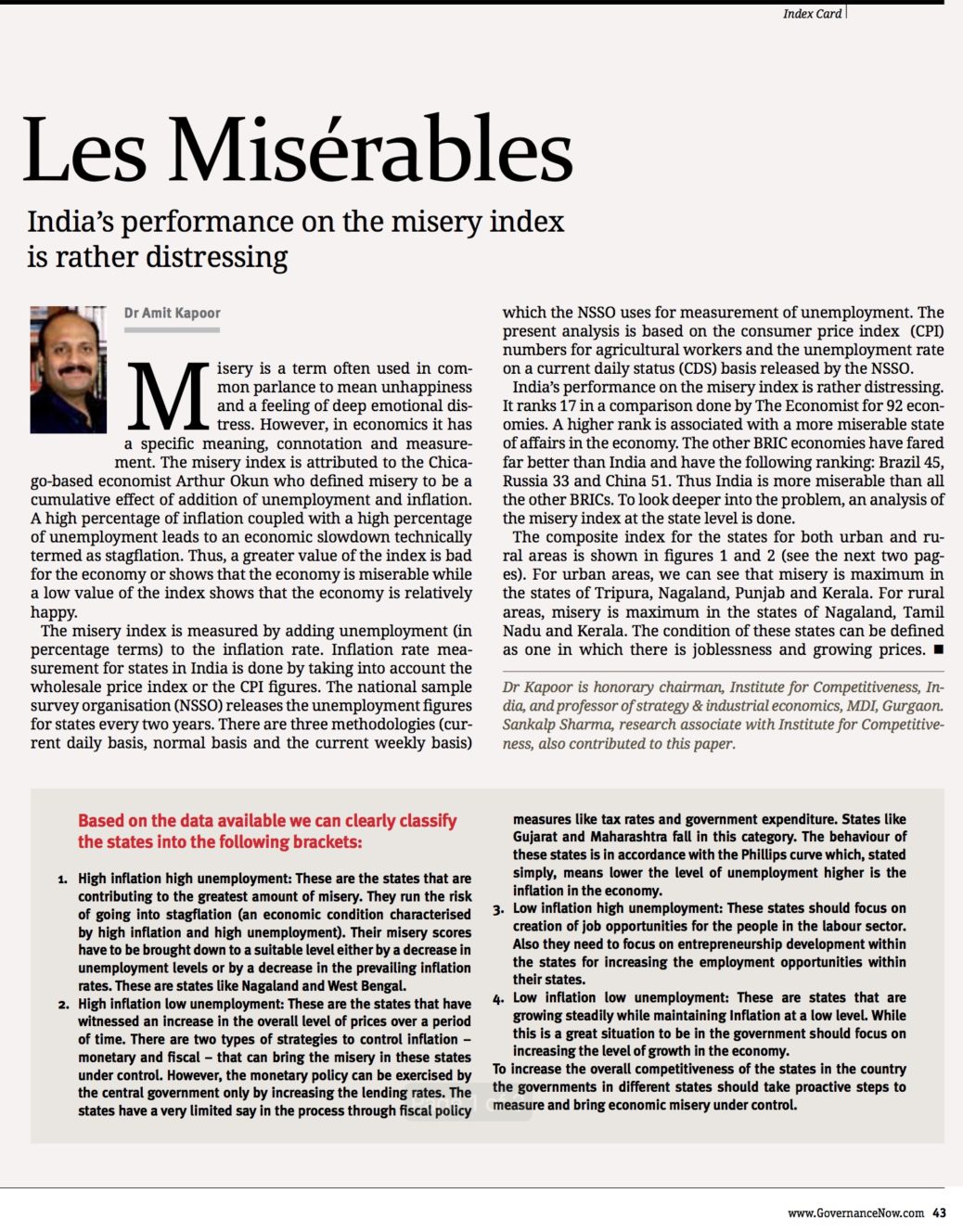 Misery is a term often used in common parlance to mean unhappiness and a feeling of deep emotional distress. However, in economics it has a specific meaning, connotation and measurement. The misery Index is attributed to the Chicago economist Arthur Okun who defined misery to be a cumulative effect of addition of unemployment and Inflation. A high percentage of Inflation coupled with a high percentage of unemployment leads to an economic slowdown technically termed as a condition called stagflation. Thus, a greater value of the Index is bad for the economy or shows that the economy is miserable while a low value of the index shows that the economy is relatively happy.

Misery index is measured by adding unemployment (in percentage terms) to the Inflation rate.  Inflation rate measurement for states in India is done by taking into account the WPI figures or the CPI figures. The National Sample Organization (NSSO) releases the unemployment figures for states every two years. There are three methodologies (Current daily basis, Normal basis and the current weekly basis), which the NSSO uses for measurement of Unemployment. The present analysis is based on the CPI Consumer price Index numbers for Agricultural workers and the unemployment rate on a current daily status (cds) basis released by the NSSO.

India’s Performance on the Misery Index is rather distressing.  It ranks 17 in a comparison done by The Economist for 92 economies. A higher rank is associated with a more miserable state of affairs in the economy. The other BRIC economies have fared far better than India and have the following ranking Brazil: 45, Russia: 33, and China: 51.  Thus India is miserable than all the other BRIC’s. To look deeper into the problem an analysis of the Misery Index at the state level is done.

Based on the data available we can clearly classify the states into the following brackets:

To increase the overall competitiveness of the states in the country the governments in different states should take proactive measures to measure and bring economic misery under control.

The article was published with Governance Now in the issue April 1-15, 2012. Download PDF