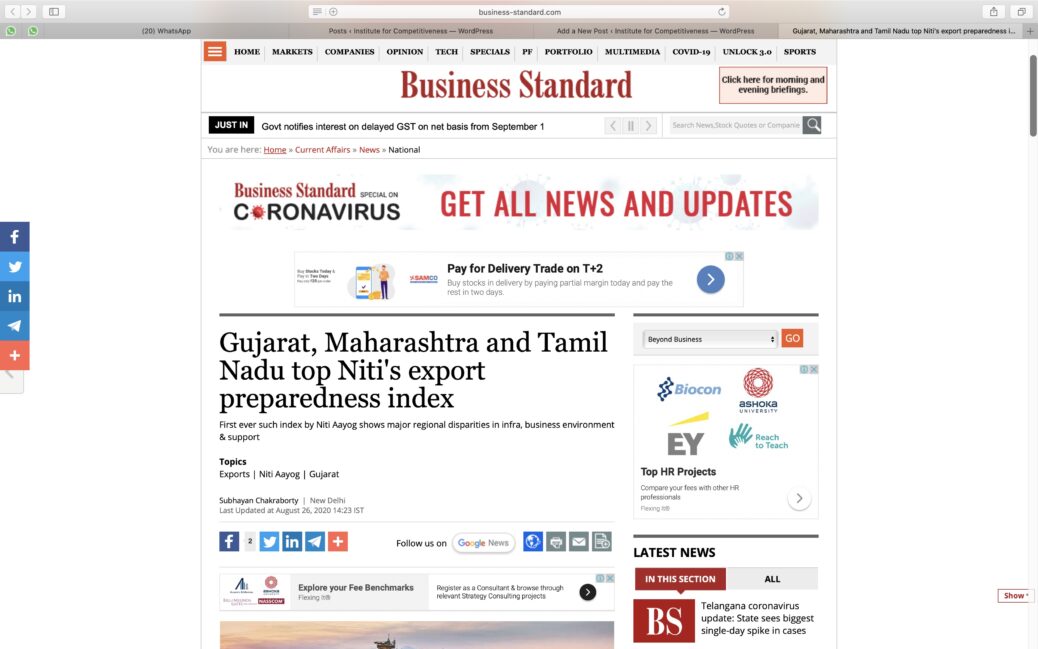 Released on Wednesday, the index maps the export scenario in each state and will “help identify strategic recommendations for improving export competitiveness” according to the Niti Aayog. The central public think tank has bet on the index heavily to provide critical insight into the challenges of the export process. Created over the past 12-15 months, the index will guide policymaking in the export segment with an eye on achieving a $5-trillion economy by 2024, senior Niti Aayog officials said.

The index is based on a combination of four key pillars necessary for improving regional exports which were finalised after extensive discussion between the centre and states, and carries individual weightages. Broadly these are the trade policy of a state, assessment of ease of doing business and core infrastructure facilities, specific export ecosystem including the availability of trade support and historical export performance that maps both growth and diversification.

It classifies states based on their geography, placing them in four major categories – coastal, landlocked, himalayan, and union territories, city states. Overall, coastal states scored much higher than other categories in almost all sub pillars such as export promotion policy, institutional framework, infrastructure, business environment, access to finance and export infrastructure. Only in research and development infrastructure did the Union territories fare better.

The report has flagged the major intra-and inter-regional disparities in export infrastructure, problems in trade support and lack of unique exports as the main challenges hampering export growth. Subsequently, the report has batted for more convergence with national infrastructure development plans and robust government-industry- academia linkages.

The coverage was done by Business Standard on August 26, 2020.