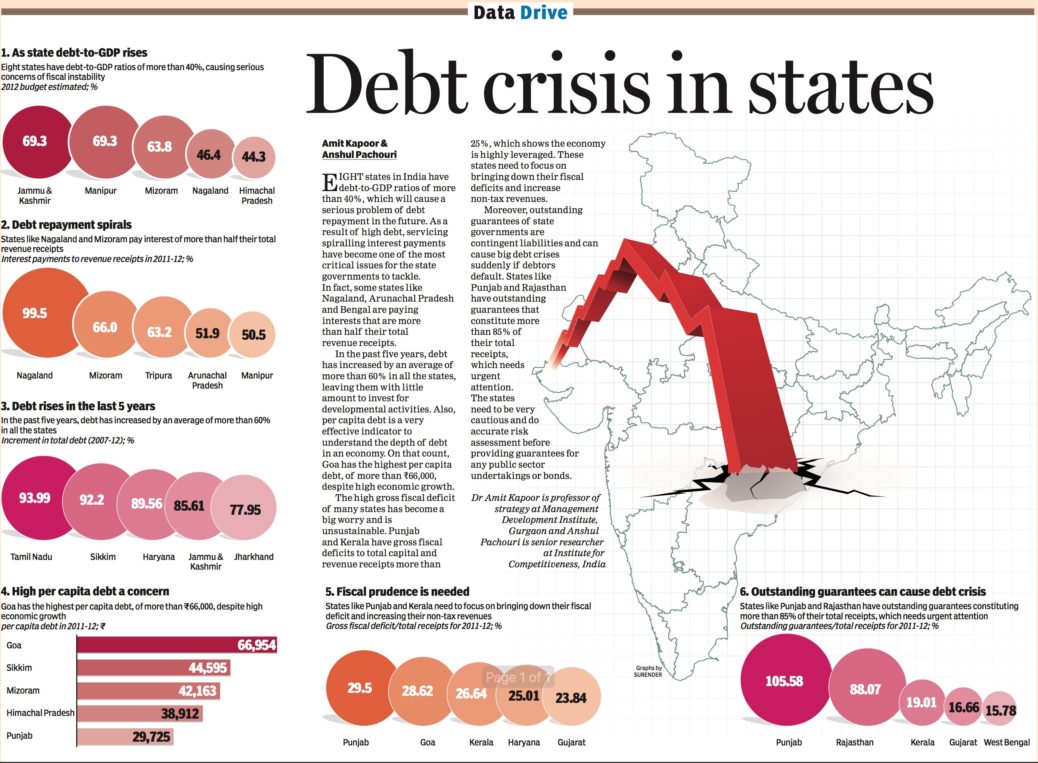 Eight states in India have debt-to-GDP ratios of more than 40%, which will cause a serious problem of debt repayment in the future. As a result of high debt, servicing spiralling interest payments have become one of the most critical issues for the state governments to tackle.

In fact, some states like Nagaland, Arunachal Pradesh and Bengal are paying interests that are more than half their total revenue receipts.

In the past five years, debt has increased by an average of more than 60% in all the states, leaving them with little amount to invest for developmental activities. Also, per capita debt is a very effective indicator to understand the depth of debt in an economy. On that count, Goa has the highest per capita debt, of more than R66,000, despite high economic growth.

Moreover, outstanding guarantees of state governments are contingent liabilities and can cause big debt crises suddenly if debtors default. States like Punjab and Rajasthan have outstanding guarantees that constitute more than 85% of their total receipts, which needs urgent attention. The states need to be very cautious and do accurate risk assessment before providing guarantees for any public sector undertakings or bonds.

This piece was published with Financial Express on June 23, 2012.