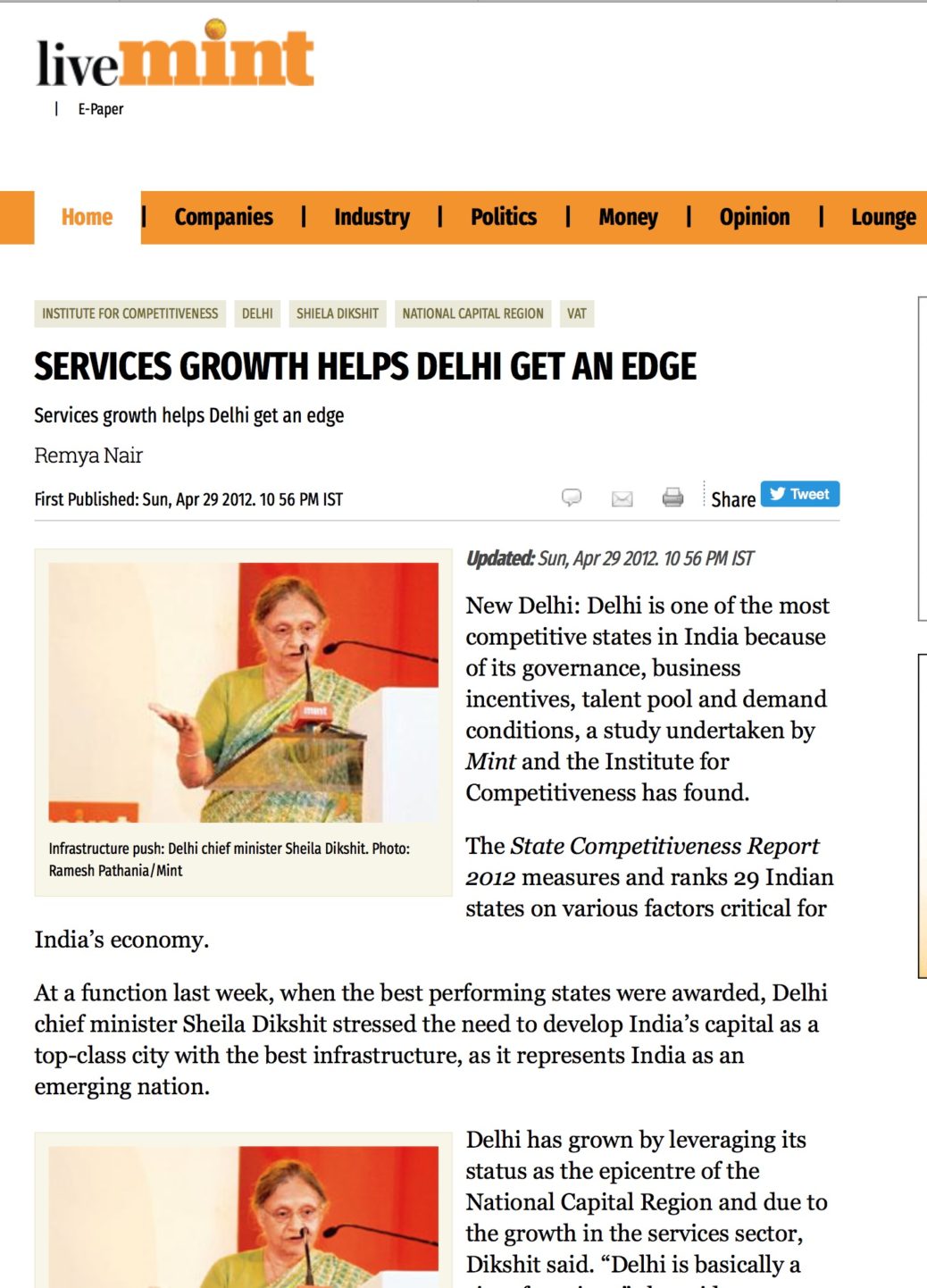 Delhi is one of the most competitive states in India because of its governance, business incentives, talent pool and demand conditions, a study undertaken by Mint and the Institute for Competitiveness has found.

At a function last week, when the best performing states were awarded, Delhi chief minister Sheila Dikshit stressed the need to develop India’s capital as a top-class city with the best infrastructure, as it represents India as an emerging nation.

Delhi has grown by leveraging its status as the epicentre of the National Capital Region and due to the growth in the services sector, Dikshit said. “Delhi is basically a city of services,” she said.

Besides Delhi, Punjab, Haryana and Bihar, which have focused on infrastructure and governance to leverage their huge demographic potential and available natural resources, emerged as the most competitive states.

States with good infrastructure are more competitive than the rest, the study shows. It also finds that states with development policies targeted at education, health and food, and energy security have been able to leverage the demographic dividend and grow at a robust pace.

The study is based on the diamond model put forth by Michael Porter, the Bishop William Lawrence University professor at Harvard Business School, and takes into account demand conditions, tastes and preferences of consumers, prevailing infrastructure, access to raw materials and availability of skilled labour.

The study also factors in taxation and incentive structures in the states, along with prevailing competition and the presence of industrial clusters that increase productivity. Punjab emerged as the leader among transition economies for its physical infrastructure and future opportunities, and Rajasthan was the most competitive state in the changeover economies category.

“VAT (value-added tax) is the major tax levied by state governments. Many of the states try to promote infrastructure development by announcing certain VAT-related incentives to encourage companies to invest in the states,” said Samir Kanabar, tax partner at audit and consulting firm Ernst and Young.

“Though many states have industrial policy, very few have an infrastructure policy,” Kanabar said. “Stamp duty is another major cost for businesses. Stamp duty rates are specially high in Maharashtra and Gujarat.”