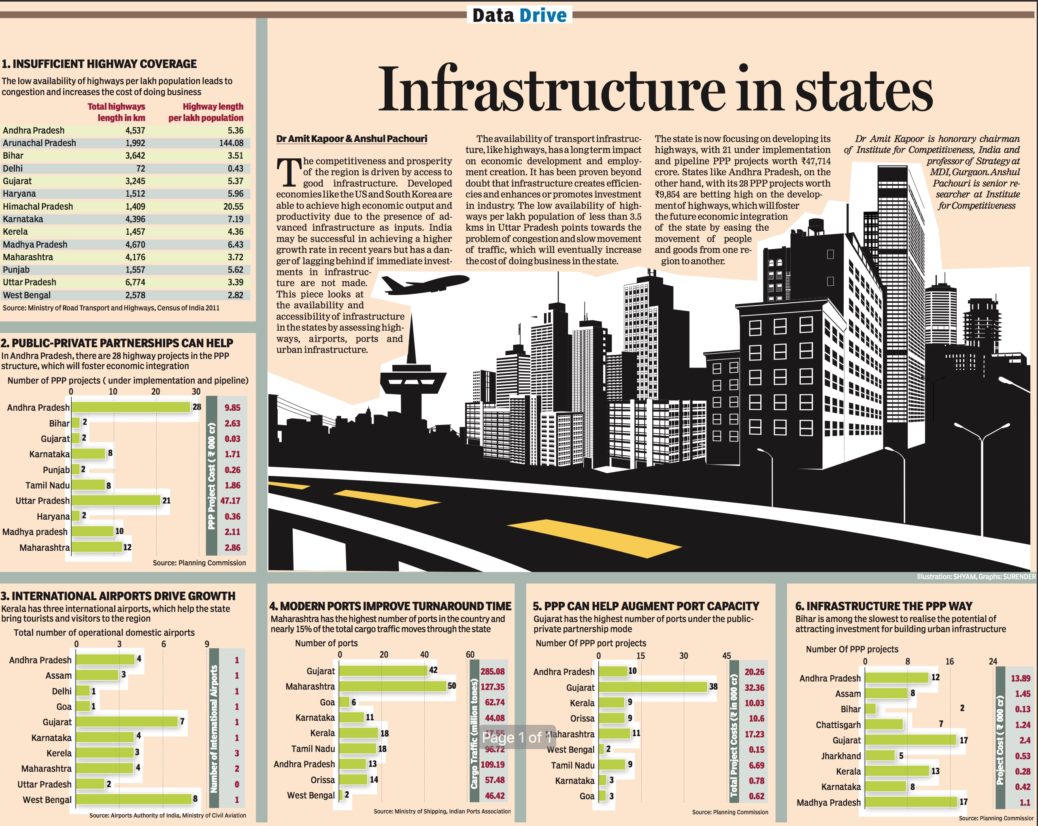 The competitiveness and prosperity of the region is driven by access to good infrastructure. Developed economies like the US and South Korea are able to achieve high economic output and productivity due to the presence of advanced infrastructure as inputs. India may be successful in achieving a higher growth rate in recent years but has a danger of lagging behind if immediate investments in infrastructure are not made. This piece looks at the availability and accessibility of infrastructure in the states by assessing highways, airports, ports and urban infrastructure.

The availability of transport infrastructure, like highways, has a long term impact on economic development and employment creation. It has been proven beyond doubt that infrastructure creates efficiencies and enhances or promotes investment in industry. The low availability of highways per lakh population of less than 3.5 kms in Uttar Pradesh points towards the problem of congestion and slow movement of traffic, which will eventually increase the cost of doing business in the state. The state is now focusing on developing its highways, with 21 under implementation and pipeline PPP projects worth R47,714 crore. States like Andhra Pradesh, on the other hand, with its 28 PPP projects worth R9,854 are betting high on the development of highways, which will foster the future economic integration of the state by easing the movement of people and goods from one region to another.

This piece was published with Financial Express on February 25, 2012.