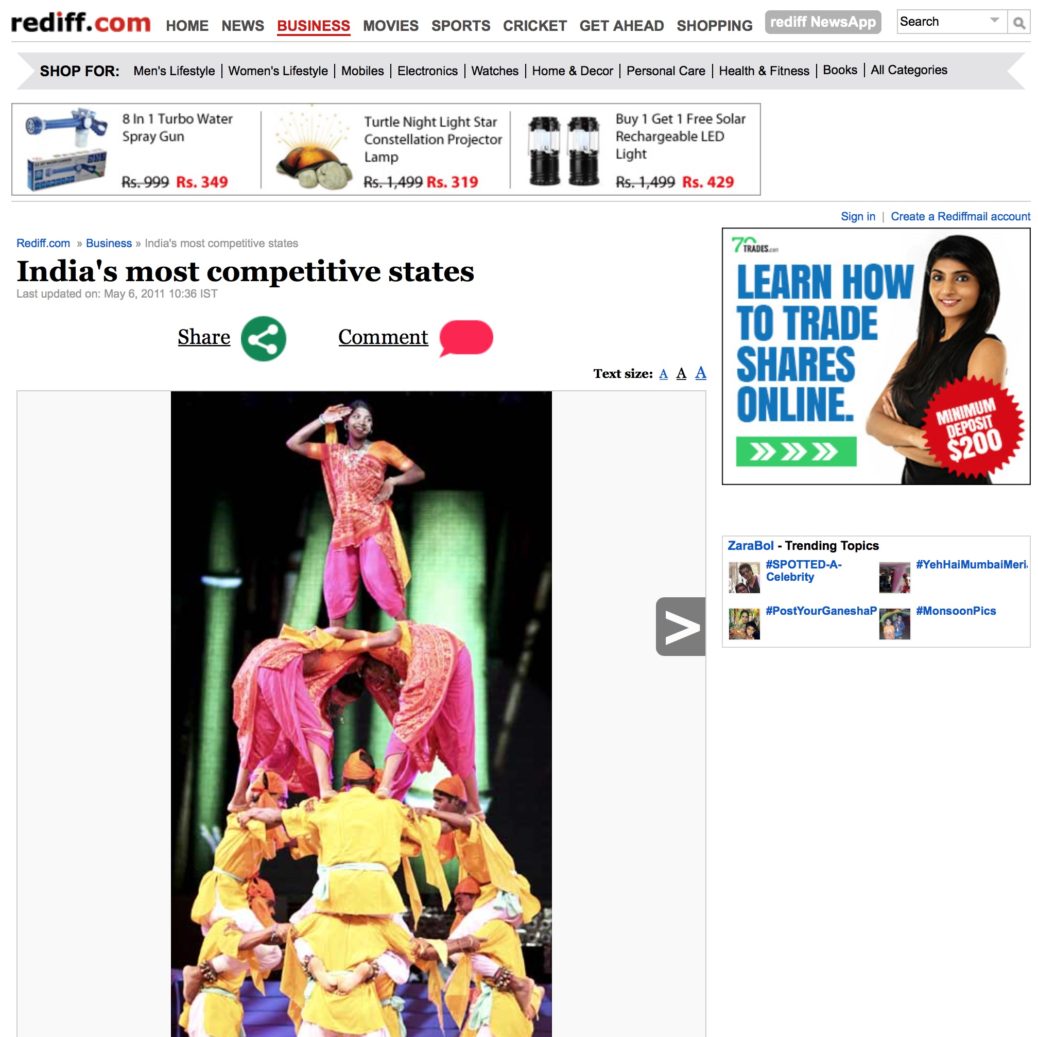 India’s per capita income just crossed $1,000, and that has catapulted us into a league of countries that drive growth and consumption engine of the world.

As per the Institute for Competitiveness, India’s regions are not growing uniformly.

States such as Goa and Delhi has per capita income of more than $1,500, equivalent to those of countries such as Bolivia and the Philippines.

While states such as Bihar and Uttar Pradesh have per capital income lower than $400.

Institute for Competitiveness used more than 400 indicators to arrive at the final index for competitiveness.