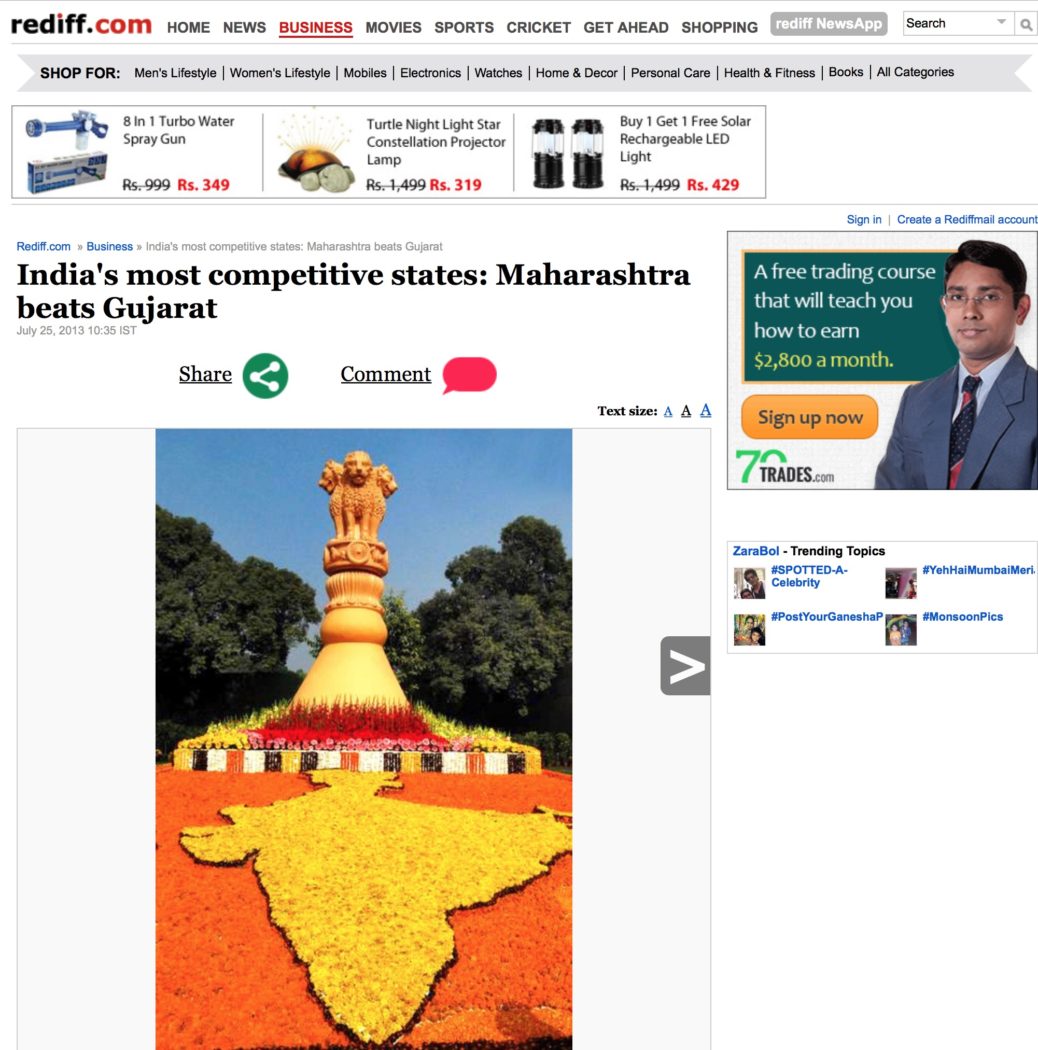 A report by the Institute for Competitiveness (IFC) ranks India on various dimensions that are critical for growth of the economy.

These are the demand conditions, factor conditions, context for strategy and supporting & related industries.

A state would need to improve all these factors to increase its competitiveness, states the report. These four pillars are interlinked with one another and are instrumental in determining the overall competitiveness of any economy.

The fifth edition of the India State Competitiveness Report 2013 is based on the Microeconomic Diamond Model by management guru, Michael E. Porter.

State Competitiveness is the ability of a sub-national region to compete with other regions in a country based on created prosperity in contrast to the inherited prosperity, states the report.

Uttar Pradesh is No.1 among the top factor driven economies, followed by Bihar and Nagaland.