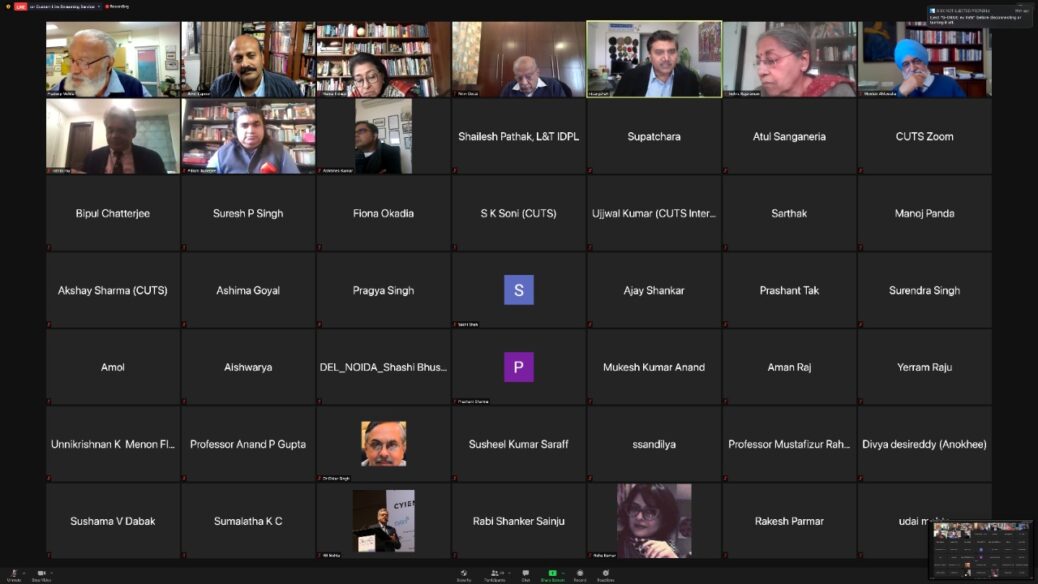 CUTS International will be organising a series of webinars in January to March, 2021, to deliberate on issues and challenges hindering competitiveness of Indian industries and how they can be overcome to enhance our export growth. The programme will capture the situation on where the Indian economy stands today and what are the options for the Indian policy-makers to improve competitiveness of Indian industries so as to make India an economic powerhouse in the coming years.

Speaking at the opening session of the World Economic Forum in January 2018 at Davos, the Prime Minister of India had said “India is poised to become a $5 trillion economy by 2025”.

For many, the target appeared to be ambitious, as for this to happen, India would require annual GDP growth of more than 9 per cent per annum. This would also require significantly improved contribution from export sector at 7.5 per cent annually, and increased participation in the global value chains.

If India is to achieve this target, competitiveness of Indian industries needs to significantly improve. This calls for interventions in four priority areas, namely promotion of investment in intangible assets such as skills, human capital, etc.; development of intra- and inter-sectoral cooperation between firms; ensuring fair competition; and modernisation of public institutions.

Performance of India in these four priority domains appear to be wanting. This has resulted in India’s low ranking in global competitiveness. The World Competitiveness Index 2020 compiled by the Institute for Management Development ranks India 43rd out of 63 countries. India’s sub-optimal performance is on account of many factors, including inadequate investment in infrastructure and skills development. They are reinforced by administrative hurdles.

Low level of competitiveness seems to have a direct impact on India’s participation in global trade including global value chains. For example, India’s reluctance to sign the Regional Comprehensive Economic Partnership (RCEP) Agreement was on the ground that Indian industry is not well prepared to counter the influx of imports from China, which could result from this Agreement.

Amit Kapoor shared his thoughts at a webinar series organised by CUTS on January 27, 2021.