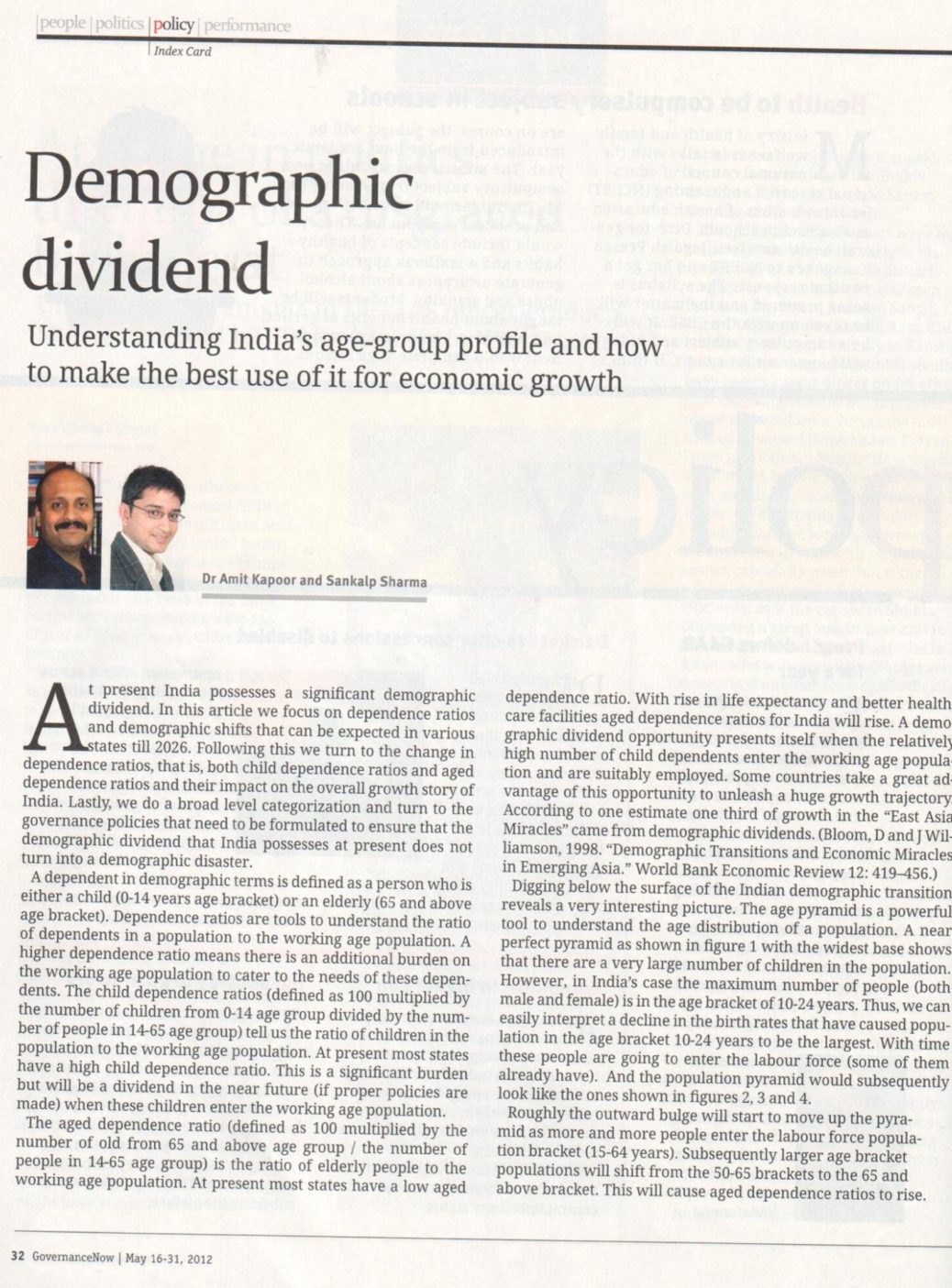 The aged dependence ratio (Defined as 100* number of old from 65 and above Age group / number of people in age group 14-65 age group) simply put is the ratio of elderly people in the population to the working age population. At present most Indian states have a low aged dependence ratio. With rise in life expectancy and better healthcare facilities aged dependence ratios for India will rise. A demographic dividend opportunity presents itself when these relatively high number of child dependents enter the working age population and are suitably employed. Some countries take a great advantage of this opportunity to unleash a huge growth trajectory. According to one estimate one third of growth in the “East Asia Miracles” came from demographic dividends. (Bloom, D. and J. Williamson. 1998. “Demographic Transitions and Economic Miracles in Emerging Asia.” World   Bank Economic Review 12: 419–456.)

Digging below the surface of the Indian demographic transition reveals a very interesting picture. The age pyramid is a powerful tool to understand the age distribution of a population in any economy. A near perfect pyramid as shown in figure 1 with the widest base shows that there are a very large number of children in the population. However in India’s case the maximum number of people (both men and women) is in the age bracket from 10-25 years. Thus we can easily interpret a decline in the birth rates that have caused population in the age bracket 10-24 years to be the largest. With time these people are going to enter the labour force (Some of them already have – people in the age bracket 15-25 years).  And the population pyramid would subsequently look like the ones shown in figures 2,3 and 4.

Roughly the outward buldge will start to move up the pyramid as more and more people enter the labour force population bracket (15-64 years). Subsequently larger age bracket populations will shift from the 50-65 brackets to the 65 and above bracket. This will cause aged dependence ratios to rise.

The article was published with Governance Now in the issue dated May 16-31, 2012. Download PDF