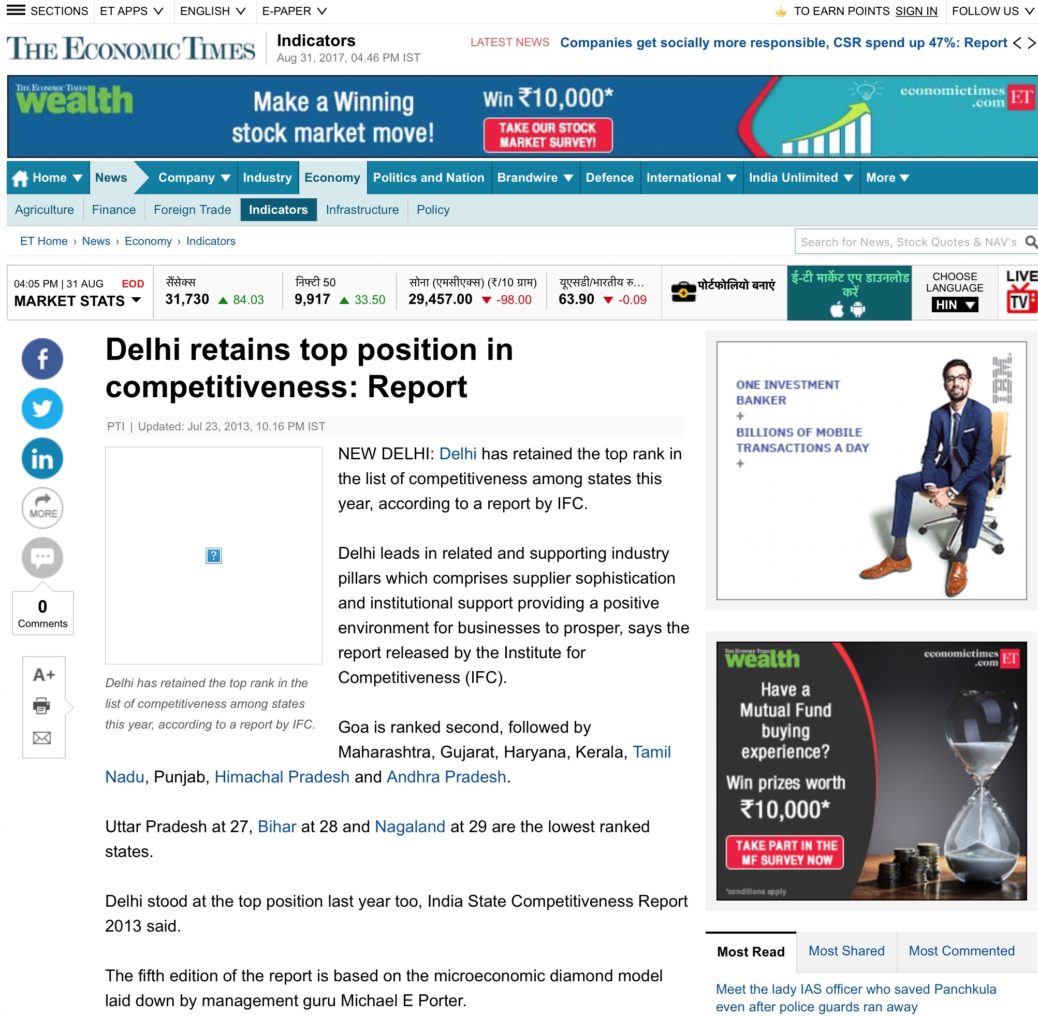 Delhi is one of the most competitive states in India because of its communications facilities, easy administrative environment, physical infrastructure and scope for innovation, a study by the Institute of Competitiveness said Tuesday.

“The remedy to the unequal growth of India lies in the enhancement of the competitiveness quotient of the states, for they collectively comprise the whole nation,” Amit Kapoor, chairman, Institute for Competitiveness, observed in a statement.

“The focus of states and policy makers should be on the creation of wealth with means that are sustainable for the environment, beneficial to the communities and most importantly inclusive for most if not all sections of the society,” he added.

The report also suggested that states can employ strategies to further growth.

The Institute for Competitiveness conducts and supports indigenous research, offers academic and executive courses, and provides advisory services to industry and governments.