Porter Prize Recognizes the Strategic Acumen of Corporates in India 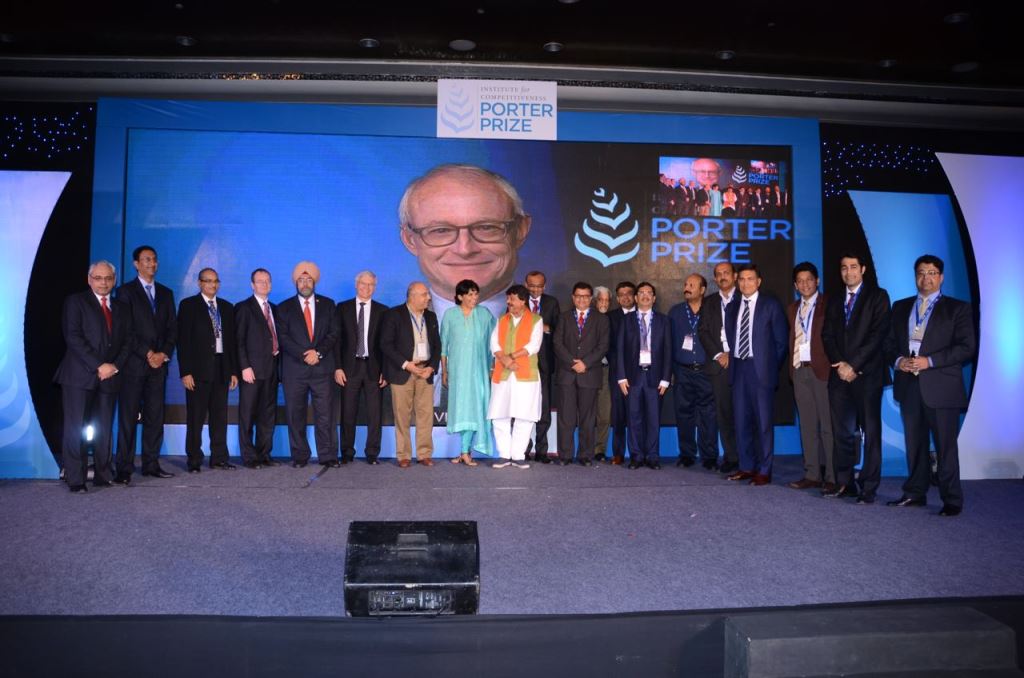 Porter Prize Recognizes the Strategic Acumen of Corporates in India

To know more about the Porter Prize 2015 winners, visit http://www.porterprize.in/winners-2015/

In its fourth edition, Porter Prize India not only continued the legacy of identifying the best corporate across various segments, it also led to an inspirational force for corporates in becoming more strategic and competitive. The daylong enriching deliberations culminated with Professor Michael E. Porter addressing Indian corporates on his evolved perspectives on strategy and technology. He shared insights on the transitioning era and play of technology as per his renowned five forces model. He stated, “Smart connected products is starting to transform what products can do, how companies are competing and what competitive advantage matters. So the connectivity between technology and product today is important and has the ability to create new avenues of development in an economy” He also affirmed his keen desire to visit India as he genuinely looked to India to make mammoth strides in productivity and competitiveness.

The tête-à-tête led by Sajjan Jindal (Managing Director & CEO, JSW Steel) with Professor Porter disarmingly brought the massive latent potential Indian ecosystem possesses. Mr. Jindal pointed questions like what should India do to increase its agriculture contribution to 25% of India’s GDP using technology? Are the technology-enabled services going to hinder opportunities of the increasing educated base of Indians? Will in future the smart connected products and related technology affect the traditional Indian industries like diamond and leather? Answering these questions, Professor Porter replied that India has the advantage of possessing IT expertise so here is the chance for the country to catch quickly with the flow and seize the opportunity. The technology is not going to affect the ability of individuals instead it will enhance people’s capability.

Just prior to him, Sangita Reddy (Joint Managing Director, Apollo Hospitals) delivered a speech, which was encouraging for entrepreneurs, as she shared the genesis of Apollo chain of Hospitals. She said, “Two years ago companies across the world used to compete on the basis of price but today only those companies are successful and will succeed in future that are competing based on design build around the needs of the customer.”

Dr. Amit Kapoor (Honorary Chairman, Institute for Competitiveness) in the end congratulated all the winners and announced the date for the next Porter Prize event. He said, “We believe that the journey of Porter Prize instill the spirit of competitiveness and pave the path for strategic success for enterprises.”

Porter Prize is named after Michael E. Porter who is Professor at Harvard Business School, living legend and father of modern strategy field. The central idea of the Porter Prize is to propel companies to compete on the basis of value creation, innovation and strategy.