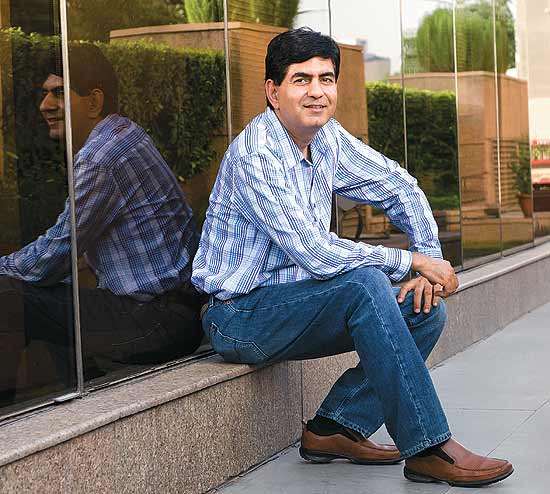 Milan Saini, Managing Director and Country Head of Cinépolis India, the world’s fourth-largest cinema chain, discusses the future of cinema with Dr Amit Kapoor and provides insights about the movie theatre industry and the opportunities the company foresees in the Indian market.

Tell me about Cinépolis.

Cinépolis is in the movie theatre business and we are the fourth-largest cinema chain in the world. We operate with 2,500-plus screens in 12 countries, including Mexico. In 2007 we started our operations in Asia with the first venture launched in India. At present, we operate four cinemas in all the four regions of the country.

Tell me about the megaplex-multiplex industry. Being a late entrant, how are you placed in this industry?

Compared to a ratio of 120 screens per million in the US, do you think a similar number can be achieved in India?

Theoretically, yes, but here multiplexes are limited by costs. It increases the ticket price and raises doubts about the affordability of a ticket. However, with rising demand if the people also possess the required level of affluence, then the multiplex market will grow enormously. As the per capita income of the country is growing, it will influence the income of the younger generation that comprises two-thirds of the population. So rising affluence will result in rising aspirational spending that will further help the growth of the market. Currently, the 120-screen ratio may be a big number when compared with US numbers but the figure could easily go up over the long term.

Amritsar has higher potential because Amritsar guys are fond of just eating chicken and watching movies.

The screen ratio of one versus 120 demands an expansion of 100X. But exponential growth of even 10X looks difficult, doesn’t it?

Yes, it is pretty sizeable growth, but we are willing to make investments and accept the challenge. The only problem is our dependency on shopping malls because we are not making standalone multiplexes. However, it is very difficult to redesign and fit a cinema into an old mall because a cinema is a very specialised format.

What are the key drivers affecting the business when you look at India, over a period of time?

India has the maximum number of movie releases and the highest number of movie tickets sold the world over, making the production and consumption base extremely strong. I think there should be more screens in the country especially when single screens are closing and the multiplex format has more scope. In multiplexes you have about 20-40 shows running in a single day versus four shows per day in a single screen; that is, a movie starts every 20-30 minutes. Single screens lack flexibility and this makes their sustainability challenging.

You said the disposable income of the youth of India is highly impacted by urbanisation. So will your product be successful in rural areas?

Currently, we are not going into the rural areas as our criteria for selecting markets is different. We have certain prerequisites concerning people, the number of tickets and the price. We are interested in a market where people can afford movie tickets that costs over Rs 100. Every market is not prepared for multiplexes and our expansion is limited to those needing multiplexes.

How will you expand in urban areas?

Initially we’re going to address the top 40 or 50 cities in the country, because they themselves are under-served. We are experimenting with a low-cost version of cinema in another market, which might be brought to India.

How many screens are you planning to set up in these 40 or 50 cities?

How do you react to the rising cost of property that is hampering the shopping mall revolution and is indirectly affecting your business?

Our viability is dependent on malls but so far the trend looks positive as each year the amount of activity is increasing. For example, this year we plan to open 40 screens and next year 100 screens. If malls are not built, we need to adjust and pick different options, including standalones, even though standalones are not the preferred format owing to the collaborative benefits of food and parking space that retail offers. We have done good work in Amritsar, which was our first project where we actually started the mall.

Why did you start from Amritsar?

As I mentioned earlier, we are focusing on all the four regions but are restricted by the availability of malls. It was just chance that the Amritsar mall came up first.

Do you look at the potential value of the market when you select the cities?

Yes. In terms of potential value Amritsar is higher than a lot of other Tier 1 cities, perhaps because Amritsari guys are fond of just eating chicken and watching movies. I’m saying this from personal experience as I belong to Amritsar. Patna was a similar experience.

PVR and Wave are perhaps our collaborators (not rivals) because they help us in market expansion and growth.

How was your Patna experience?

Patna is ready to welcome the investments of the business community. Our multiplex was the first in the city and when the cinema opened it was totally different from our expectations about the state. I experienced an orderly and well-behaved crowd on the first day. Patna gave us a positive experience that motivated us to enter other cities beyond the Tier 1 category.

What is the biggest challenge facing this industry right now?

It is the slow growth in construction because that restricts our growth plans. Another challenge is the rising cost of real estate in India.

Who are the significant players in the multiplex industry’s value chain?

The value chain essentially consists of the producers, distributors and multiplex owners. Of course, for Cinépolis the end consumers are a part of the value chain.

Who are your competitors?

We can call the incumbents in the industry our competitors but right now everybody needs to work like collaborators to expand the market.

So according to you PVR or Wave are actually collaborators?

Perhaps yes, because they help in market expansion, attract people to cinemas and increase the penetration of multiplexes by creating the market.

The current set of operators is also experimenting with formats. What is your take on PVR’s concept “Director’s Cut” that it just launched?

We welcome anything that will get people interested in cinema. We’re the worldwide pioneers of luxury cinema and have the maximum luxury screens in the world. In 1999, we first introduced luxury cinemas and are currently operating around 250 screens in our luxury brand.

What is luxury cinema?

This is a concept of a cinema within a cinema, so you have regular screens but separate entrance, lounge area and lobby, the gourmet dining and personalised service. We call it Cinépolis VIP. In India, it will be launched next year. It is a segmented product that was highly successful in Mexico and its launch in US this year has shown positive results.

Are you planning to play different content in your cinemas?

So far, we don’t have any such plans but we are interested in exploring alternative content. It might be cricket matches, other sporting events like boxing or NBA, soccer or live performances like the New York Metropolitan Opera or rock concerts. Digitisation has made life simpler and content can now be broadcast via satellite to anywhere in the world. For example, we screened the World Cup and the IPL in the cinemas, which were huge successes.

How do you deal with substitutes for cinema like DVDs and set-top boxes?

Substitutes are emerging and have their own space but the movie experience in a cinema hall is irreplaceable. People will watch cinema because of the big screen experience, 3D special effects and to relax. So even though you can catch a movie on your set-top box, it cannot match the variety and experience of cinema halls.

Will digitisation impact your business?

These are similar to the US set-top boxes and will eventually increase the per-capita consumption of movies. These can be watched according to your time but is not a substitute. There may be a bit of cannibalisation but our hopes are high about the future of cinema, and we believe that people will continue to come to cinema halls.

Which country is your biggest market and how is India different?

Mexico, the country of origin for Cinépolis, is our biggest market. The ratios are slightly favourable as compared to India because here the cost of rents could go up by 20% or more of the revenues. In Mexico, it could be half that number because the land availability and stakeholders are more. It is just a country of 100 million people in comparison to India’s 1.2 billion and we are very confident that the Indian experience is going to be great.

How are you going to differentiate yourself from the traditional owners?

We differ from others as we don’t have smaller formats like three screens or less, we are not doing standalone cinema halls, not going to very small markets, and are instead making bigger bets by opting for bigger formats. I think there is enough room for everybody and whenever things become more competitive then maybe larger formats will have a social competitive advantage.

What is going to be the competitive advantage for Cinépolis?

Our expertise in the cinema business, with the bigger and higher spectrum format that we are planning to build, will give us an edge. For example, next year we are coming up with a 15-plex in Pune, 14-plex in Thane and 10-plex in Ghaziabad.

Why are you looking at a M100 ticket market? Is the size of the megaplex or screen uniform for all formats?

Firstly, the Rs 100 ticket is not uniform and varies across cities. Secondly, our cost structure depends on the cost of building a cinema and operating costs. Then we decide the market structure where people can afford to come so as to make it a sustainable and viable business. Generally, we allocate Rs 3 crore per screen. In a megaplex, with 10 screens or more, there are different sizes of auditoriums ranging from 100 to 400 seats because the new or hit movies require bigger auditoriums and the older movies like second, third week movies or niche movies like regional, art or English, can be accommodated in smaller auditoriums.

What is your strategy for India? Does it include acquisitions?

Our strategy is to build large formats and we are doing this since the beginning. Acquisitions are always on the cards if there are the right options.

Are you looking at organic as well as inorganic routes to grow in the market?

We will look at all options that make sense as every opportunity that presents itself has to be evaluated. Our experience says that if there is something down the road that might result positively we would definitely be keen on exploring it.

How do you define leadership?

Leadership is driven by a business objective and you have the drivers towards the goal, which has to be in alignment with your strategy, execution and your people. However, the people should be inspired as they highly impact the strategy and your overall goal achievement.

Multiplexes are replacing single screen cinema halls but are fewer in number. At a later stage, a segmented product—luxury cinemas—was also introduced.

Industry has a lot of scope but relies on factors like property cost, malls and people to sustain the business. Megaplexes with more than 10 screens are being constructed that show alternative content.

The Strat Speak interaction was published with Outlook Business on November 11, 2011.