We Are Betting Entirely On The Vernacular Market 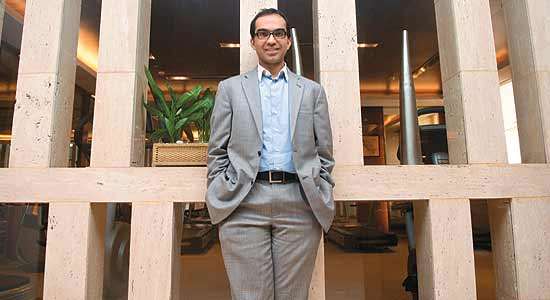 Roy De Souza, CEO and Co-founder digital ad solutions company Zedo, spoke to Dr Amit Kapoor, Honorary Chairman at the Institute for Competitiveness, on the peculiarities of this young industry.

Tell us a bit about advertising.

In particular, we focus on the Internet advertising industry, which includes mobile and video advertising. The industry is in the early stages in India and eventually stands to grow here since 50% of the country’s population is below the age of 25. This has two implications—one, this chunk of population is a very important target for advertisers because they are potentially brand-loyal. Two, close to 600 million people are not exposed to the majority of brands yet, so the young demographic makes the advertising industry very interesting from a global perspective. And nowhere else in the world has that been available. So the high Internet usage will drive the advertising industry in this country to become very large and increase market size.

As a repercussion of the transition of the economy from demand- to supply-driven, there is going to be a huge shift in publishing, advertising and broadcasting. How do you think these sectors will be impacted?

When I started the company, I thought the Internet was clearly a pull-driven mechanism with people being the users and deciding on the product, information and advertising they want. This is a simplistic view of the advertising world because the people with the money are the advertising agencies and brands. They view advertising as an opportunity for increasing market share. For instance, Volkswagen started two years ago with 6% brand awareness and this has increased to 36% now. So they’re seeing the market as a very traditional advertising market. They are driving brand awareness and advertising. But this does not imply that the print media is fading, in fact it is growing everyday. From the perspective of investment, the Internet is going to be a lucrative sector because it is still in its infancy and has 50 or 100 years of growth.

Looking at the Indian publishing industry and specifically the broadsheet media, the largest selling newspaper is a vernacular daily, Dainik Bhaskar and the next largest is an English newspaper. How do you span languages?

Zedo is traditionally a technology provider to these newspapers and publishers. Increasingly, it sells the advertising for them too. That’s a much bigger business. The technology business is an extremely difficult business to build. But selling advertising is a very profitable business because you get a percentage of the money spent. Our Indian customers include India Today, Hindustan Times, Star TV, UTV Bloomberg, Sony Entertainment, Walt Disney, etc.

But if you look at the growth we have another set of customers in the vernacular space like Dainik Bhaskar, Divya Bhaskar, Amar Ujala, Rajasthan Patrika, Punjabi Herald and Malayala Manorama. They will surpass The Times of India without doubt because their growth is consistent and solid. And in Internet penetration; the users who prefer to read English are already online. But they are just 1.1 million users as compared to the 1.15 billion users who are not yet online, and this huge chunk prefers to read the local vernacular newspaper.

We’ve beaten the competition by providing unlimited customer service, both in India and in the US.

You’re primarily going to be a company that looks at user information. This will rake up a lot of privacy issues. How will you counter this?

Zedo is like a content management system for a website. The website has two key pieces of software—the content management system, where all the reporters write articles that go through a process of editing and review and finally get published on the website. The second is an adserving system where the sales representative sells the deal. He does not write the story but takes the image from the advertiser and uploads it on our system. He sets the rules for what is to be shown on the web. Software is very complicated, unlike the traditional newspaper or TV space, as here every single user is identified.

And as a technology provider, the privacy issues fall mostly on our customers because here the technology is customised to suit consumer needs. So, if a user is interested in travel, we will provide the technology to figure out if he’s interested in travel and show travel ads to him. We entered the media space a couple of years ago, where we sell advertisements on behalf of our publishers and customers. Here again the privacy aspects fall on the customers and so we work with the Network Advertising Initiative in the US, which is very strict about what user information you can and can’t store. We just know a broad category of sites that our consumers visit. This is how their privacy is not intruded upon.

Who’s your competition in this space?

In the advertising technology space there are four companies. But in India, we have a dominant market share of 75%.

As a technology company, there is a very real chance of copycats popping up. What’s your competitive advantage?

Ad technology is extremely difficult to build. It’s a huge complex platform, worldwide. For example, we have tens of millions of users. We figure out which country they’re in, what website they’re in, what they’ve seen today and what ads are available for them. And in milliseconds, compute which ad will make the publisher the most money. We do it in about 20,000 decision-making servers around the world.

As a result, there have been no new entrants in this space since 1999. It’s a daunting task and entrepreneurs prefer to go to a different sector. So, we’re unlikely to see new entrants. The space is busy and there’s lots of innovation, but it’s all in bolt-on [add-on] products.

Google has no interest in being a partner to publishers. It would rather build the YouTube channel or Google+.

Is Google a competitor?We don’t think so. We’re the third largest in the US and although much smaller in the total market share in the US, we’re still a huge volume player. The main reason is that Google has got many priorities. The number one priority is to build a social network. Another is to become a mobile phone company and sell mobile phones. They’re also trying to sell advertising with their own sales team on YouTube. When it comes down to their adserving technology, the key question is, are they trying to help the publishers? And it plays out in two areas—one is customer service and the other is customisation and flexibility. So, the Google model has the technology and meets 85% of customer needs.

We’ve beaten the competition by providing unlimited customer support, both in India and in the US. We have 24-hour customer service teams that are much more cost-effective. The second thing we do is customisation of technology.

But Google is a platform company, where it creates platforms with Google+ or YouTube and that is where it is actually trying to write the advertising. How do you compete with a company like that?

Google is effectively helping us compete because when we call on NDTV, the channel says ‘now a user can read the news on Google News or watch it on YouTube or they can come to us.’ The growth of NDTV and NDTV.com and many of these sites is in direct competition with Google’s news channel. And Google obviously wants its news channel on the Internet; it wants to be on the mobile phone and on television. So for NDTV, Google is a competitor and not a partner. When Google bought the rights to the IPL, it was competing with ESPN, TV channels and their online websites.

It is buying the most important piece of content in India. But the truth is that Google has no interest in being a partner to publishers. It would rather build YouTube or Google+. It’s really not so important to Google whether it helps publishers grow or not.

How do you think your customer is going to change?

Significant growth is going to happen now. Growth provides the customer with a huge advantage because they have fixed costs and as they grow they can do a lot more for far less. That’s the primary change.

Some people are going to innovate and there are some models that show you can really grow. Dainik Bhaskar’s one of them. It has 64 editions and has shown consistent growth. It will have advertising sales teams everywhere. But for the ad space it is going to need someone who can help it sell, and that is where we come in.

Do you think there will be some kind of a play in the market wherein the advertising rates will come down?

I think what’s going to happen is, for the good quality publications, the rates will go up, but the quality of ads will go up too.

What’s your business model? Do you get a 15% agency fee?

No, we’ll get a percentage of the revenue and it varies a little bit depending on what the agency discount is. So the publisher pegs the price and sets some other rules in the exchange such that the people buying in advance get a discount. For the agencies, we provide a rebate such that the big agencies that buy more will get a volume discount. So our margins are variable.

The era of the television lasted for about 40 years. How long do you think the Internet is going to last?

I think something else will definitely make a debut. But because I’m so engrossed in the Internet world, it’s very difficult to look at it objectively. I see the world of virtual games gaining supremacy. But I don’t know what’s coming next.

I suspect the same cycles as for social networks like Friendster and MySpace (a sudden spurt of growth followed by a period of downfall). Facebook is a tough nut to crack. It will either change to something completely different or will go through the same cycles.

How do you think the new set of innovations is going to happen?

A few years ago in India people were following what was happening in the West. But now there’s a lot of innovation here. The concept of a talking newspaper adopted by Volkswagen was very interesting. So I think because of the market size, the agencies are becoming increasingly creative in ways to capture that market.

Strategy is the concrete steps you take to achieve your end result. For example, in this new exchange we’re launching, we have a lot of Indian websites, and we want to get them all to sell in the exchange. After talking to our customers, one of our strategies has been to support selling advertising on a cost-to-day basis, not because we think it’s the better way, but because that’s how a lot of them sell, and if we don’t support that, we can’t get them into the system.

Is leadership an important issue?

Leadership is about having a good vision and a communicable, understandable path you want to follow. It’s more about you having a very clear understanding about where you want to go and what you want to do and have confidence in that.

The Strat Speak interaction was published with Outlook Business on October 15, 2011.