The Degree Of Noncompliance Hurts Us. Regulation Doesn’t 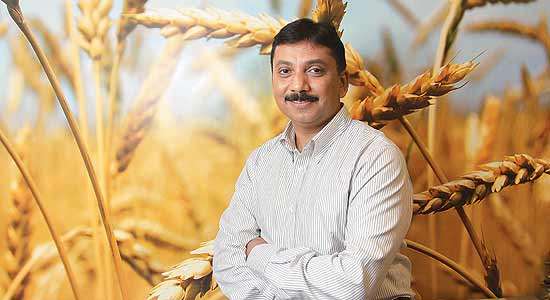 Siraj A Chaudhury, Chairman of Cargill India, speaks with Dr Amit Kapoor, Honorary Chairman, Institute for Competitiveness, about the food supply chain industry and its dynamics.

Give us an idea of your industry.

Cargill is a privately held business, headquartered in Minneapolis, with over 130,000 employees in 63 countries and consolidated revenue of $119.5 billion in FY2011. We have 75 businesses organised around four major segments—agriculture, food, finance and industries. In India, we have 11 of those businesses, the biggest being Cargill Foods, which is largely about edible oils. We have a grain and oilseed business that is engaged in sourcing and managing the supply chain for food. We also have a flavours and an animal nutrition business where we create animal feed for poultry, dairy and fish. Apart from this, we also trade sugar, cotton and some industrial commodities such as iron ore, steel and coal.

Which is the business that gives you your profitability?

Our biggest business in India is the foods business. Edible oils gives us 60% of our Indian revenues.

What are the challenges that you face in other businesses?

Our size in other businesses is a matter of choice. We felt the biggest opportunity was in this space [foods] and made greater inroads here. The food business has had more Cargill asset creation, investment and capital infusion, while some other businesses are more about managing the trade flows and the supply chain.

Does the government closely monitor this industry?

It’s a very closely watched industry. We are always under the scanner but I don’t think anyone is holding us back. It has to be closely watched because we’re dealing with agriculture and food in a country that has a huge population with low income levels. Given that 60% of the population here lives off agriculture, there’s a need to protect the interests of this population that consists of small farmers.

Could that be the rationale for minimum support price in the country?

Minimum support price has many roles to play. It is used more as a tool for producing certain crops. So if we want more wheat, the minimum support price for wheat rises. The government, though aware of the diversity of the country in terms of the soil and climatic conditions and also the ability to produce many crops, has started to give precedence to the theory of competitive advantage. So, if we’re good at producing wheat then we should concentrate on this food crop and if we’re less efficient at producing pulses and edible oils then importing them is better. Minimum support price helps to maintain that balance. And that is why it is needed and should be encouraged. The government should do more.

How severe is the lack of infrastructure?

It is one thing to produce and quite another to deliver. The problem is not the means but the schemes to market the products. India this year has produced its highest quantity of crops. The supply of commodities is managed but it is the distribution of these commodities that calls for better management.

We are trying to be different by spanning all three stages of evolution—value conscious, customer intimacy and innovation.

There are about 5,000 towns and cities and over 650,000 villages in the country. How challenging is this complexity?

It is a big challenge. Consumer food products reach a million retail stores across geographies through varied infrastructure conditions. It is comparatively more difficult in India where you don’t have well spread large format or organised retail. And it is the producer’s responsibility to reach the goods to consumers.

In a more developed environment, or where you have a more evolved retail network, it is still about selling to the big five or six retailers who then carry the product to the stores and the regions that they operate in, through their distribution centres. So there is an inherent inefficiency because every company that distributes something has its own distribution network.

When each company is going to or is creating its own distribution channel do you think that could be an emerging model?

Yes, there are companies that have taken up the role of the distributors. So, when you have chains of food restaurants coming up they’re building the supply chain to support their venture.

It’s about moving certain products from one place to other places. I think that is the rationale for encouraging organised retail because it will help bring a lot of individual distribution centres to a more collective model.

Obviously a large part of the population is poor. But over the last few years, I think the income of the people at the bottom of the pyramid has also been gradually increasing. So the whole group is moving up.

The other thing is that the higher price for crops has increased the earnings for farmers. There’s been an increase in rural income that is creating a need for more and better goods and increasing the challenge of distribution for some of the large food companies. So, though the cost of distribution goes up when going to these rural areas, it’s a segment that cannot be ignored.

Cargill has 75 business units globally. In India you have 11 businesses. How do you look at competition?

The top two to three major players in the edible oil space should be our competition. I however, have a slightly different view on this. I don’t look at it from a single country or market perspective but rather from the position of different regions. So we have different competitors in different regions.

There is variation and also the local factor at play. For instance, if something is produced locally it will get consumed there because there’s a historical connect. I also believe that when you’re in a growing market and are building a new concept there’s enough space for everyone to grow. Right now we are concentrating on differentiating ourselves from other companies in this space.

There is a level of noncompliance of regulatory practice ideas in the country. Is that a problem for you?

The degree of noncompliance hurts us. Regulation doesn’t. Today edible oil imports are duty-free. It makes no difference to me if there was a 50% duty either because everyone would be paying 50%. The consumer would suffer. In the ten years that we’ve been building up this business, noncompliance has significantly reduced. In certain markets we have a disadvantage relative to some of our competition, but that does not deter us from doing anything we want to do.

How do you carve a niche for yourself?

There’s a lot of strategy in our segment that is focused on operational excellence. We are in a geography where the customer is very value-conscious so the industry and its segments have focused on bringing maximum value to the customer. But as the economy is evolving, the customer is becoming choosy. So the next stage of evolution is in customer intimacy that comes with understanding customer needs.

A lot of companies in the personal care industry and even the IT sector have moved to the customer intimacy phase. As an economy, the innovation stage is next where you start planning for the future rather than just what the consumer needs today. So I think where we’re trying to be different is in trying to span all the three segments.

How do you think Cargill is going to grow in the future?

Cargill is established in India. Food is going to be available but the price of food is going to have a huge impact on the profitability of products that are created. Cargill’s ability to manage the backend of the supply chain, the risk on price movement and to process and convert basic food into food products is very well placed in India because we do that in the rest of the world. If I look at the whole chain from origination to the table, I think we’re equipped to take advantage of the growth in India.

Cargill was in the packaged food business earlier but exited. What compelled you to do that?

We were in the packaged atta [wheat flour] business in the early part of the last decade. But at that time industry profitability and readiness wasn’t really there. The business was a little ahead of its time. It was certainly not erroneous. And I would not rule out getting into that business again.

What are the unique activities that you’ve picked up?

Flour and edible oils are basic products that need a certain amount of differentiation because in reality the consumer thinks that there is no such differentiation. Nevertheless, we do have the power to pass on a lot of goodness that we have. We’re one of the first in the industry to fortify our oils because we recognised that oil is almost a 99% household penetration item, which means everyone in the country consumes oil.

Have you made a choice of not entering certain sectors?

Firstly, we screened our markets by differentiating a local market from a national one and by identifying the markets where we have an edge. This aids us in determining not just our potential market but also in allocating resources efficiently. Secondly, we believe that reach is measured not by capacity but by access.

Building access involves getting someone else to buy your idea. If you look at most of our industries they have over-capacity because it’s easy to build an asset. Market access, on the other hand, is intangible and not something that you can build once and believe that it is there. So it’s something that keeps you on the edge everyday.

You said the industry suffers from over-capacity. Does that have a repercussion on the performance within industry?

I think a lot of it has to do with the state tax incentives. A large part of the industry, particularly refined oils, was created in clusters. You can look at four or five ports that have most of the capacity because most of the oil consumed in the country is imported. That is why more ports in the country should have refineries.

Secondly, if you look at India today, a large part of investment bets on the future. Everyone knows that we are a bustling population with escalating consumption needs. So if you can build an asset and look at it from a real estate dimension, it’s not bad business at all!

How would you define strategy?

Strategy for us is about operational excellence, which, in turn, is about having the right set of people and skill sets along with efficiency.

And what about leadership?

For me, leadership is about people. It’s about finding the right people and letting them do their job. The other thing is about emotional intelligence—understanding other people’s perspective and motivational forces and then getting them to do things that drive them.

The Strat Speak interaction was published with Outlook Business on October 1, 2011.