I’ve Never Thought Of Being A Great Film-Maker 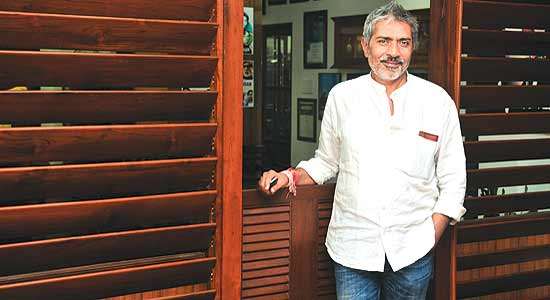 Society is bright and educated. But is it truly aware? Did the people supporting Anna Hazare know what corruption is?

While the glamour of the Indian film industry is well known around the world, its other dimensions are also beginning to attract attention. Prakash Jha, film director, spoke to Dr Amit Kapoor, Honorary Chairman, Institute for Competitiveness, on issues ranging from the strategic elements shaping cinema to the socio-economic situation in India today. Excerpts:

What is the movie industry about? How do you actually understand its structure and processes?

The structure and processes of the movie industry are loosely woven. There is some kind of loose federation that exists in the industry. But if you ask me where I would go if I had a problem, there is no one place. Each one to his own, whether it’s Prakash Jha, Yash Chopra, Karan Johar or even Sajid Nadiadwala. For me, making movies has been more a means of communication. I’ve never thought of being a great filmmaker. I make films just as a writer writes, a painter paints or a singer sings.

In the film industry, there’s the popular mainstream cinema and the art cinema. Your movies have transcended both genres…

Out of compulsion! I began as so-called avant-garde, realistic, parallel cinema. This cinema existed in the late ’70s and early ’80s.

Then the economy opened up. Subsidies for the National Film Development Corporation (NFDC), which would give us loans to make movies, dried up. The cost of making movies spiralled. I made Damul, Parinati and Hip Hip Hurray in around Rs 12 lakh to Rs 13 lakh. Costs rose but the subsidy didn’t. Earlier, they would give loans of Rs 8 lakh to Rs 9 lakh. They stuck to these amounts. Kundan Shah, Saeed Mirza, Ketan Mehta, Govind Nihalani and I, we all realised that we couldn’t make movies we liked. So we made movies that would sell. But we had to compete with Subhash Ghai, the Chopras, Rakesh Roshan and other giant commercial filmmakers. Unfortunately, the market was the same in that territory, too.

So I tried to adapt. Mrityudand was the first draft I actually prepared. I came back from Patna to shoot the film in ’93 and thought of signing Pallavi Joshi. But I realised that neither could I make the film in Rs 12 lakh nor could I get a loan from NFDC. Eventually, Subhash Ghai heard the story and suggested I meet Madhuri Dixit. Luckily, Madhuri liked the story. So I redesigned the film and rewrote it for the popular market, which had set definitions for all relationships—be it a brother, mother or lover…

Are you saying that there are stereotypes?

You have to fit characters into them otherwise people will not accept your movie.

But, at that time, you said the market was not even accepting commercial cinema?

No. The films I made earlier got no buyers. The only way we could recover money was to sell 16 mm prints or get a premiere. If we got an award, we got a premiere on Doordarshan. Fortunately, both Parinati and Damul got national awards, so they were premiered on Doordarshan and I was able to recover the loan and pay back NFDC..

What drew you to topics like Gangaajal and Raajneeti?

It’s not a question of picking topics. I belong to Bettia village in Bihar. It churns out social ideologies that I have witnessed since the age of three. I’ve seen a Harijan labourer being lashed. He was made to lick his own spit and yet he returned for work.

Two important events happened almost simultaneously—the Mandal Commission and the opening of the economy. So now instead of a zamindar (landlord), you had a thekedar(contractor). Thekedari became an important profession because it involved public money, where you can do shoddy work and get away with it.

Has this feudalistic mind-set gone away?

No, it cannot go away. We are born feudals. Now, the government is the biggest feudal leader.

I never wanted to join the government. I tried to become a Member of Parliament but I was never in a political party. I just wanted the position because I understood management, wealth generation and could bring about changes, especially in the health and the rural education sectors. I wanted to give it a shot because once you are a people’s representative, you have access to resources. I felt I could do a lot.

I have no ambition to become a Parliamentarian now. I have understood society from Damul to Mrityudand. Mrityudand is like the post-Mandal, post open-market economy, when the contractor becomes the feudal lord. The more society becomes democratic and secular, the more it is fundamentalist. We shield ourselves with the idea of democracy while we are basically not democratic at all. We are all fundamentalists and greedy people.

Are you trying to look at something exceptionally creative?

I keep working and try to see how society changes. For instance, between Mrityudand and Gangaajal, nine years passed. Now, by the time I made Gangaajal, society was going through a change. The apathy that paralysed society was fading and was coming out in different forms. Whether it is the fodder scam or action against crime, where the system has failed, people began to take action.

Eventually, what is happening is that now, in the political arena, one Yadav fights another Yadav. In Gangaajal too, one Yadav killed another Yadav. So supremacy is not based on caste but on wealth and power. It is one society in which the good fellows try to take the help of criminals. So criminals will become politicians.

I remember when I was contesting the elections and was addressing a village. I said criminals are contesting elections from jails. One of my co-contestants was a criminal. I said if such people contest, then what will happen to society? And then one guy said even a person serving a jail term can help others. So, it doesn’t matter today whether you’re in jail or outside it. If Raju, of Satyam, walked into this room we’ll probably be thinking that he might give us some knowledge.

Are you trying to say that wealth or power is going to become supreme?

They have always been supreme.

No, knowledge is also supreme. In fact, the film I’m doing right now is about education. Aarakshan deals with the commercialisation of education. We have now discovered that knowledge is power. Where we come from, we literally worshipped our teachers.

The concept that knowledge is power, knowledge is money and power is money and the more money you have, the more power you have…that is materialising. Now you’re not going to have pure scientists being produced by our educational system. We will neither have a physicist nor a chemistry scholar, because both the students and parents are not interested.

The reason might be that they don’t get enough returns from education?

Simple! If you want your child to do well in 12th standard; you pay Rs 1 lakh to a coaching institute. They will get your child to cram the right questions that have appeared in the last eight years and your child will get 95%…A good deal.

You must be looking at that as well.

Yes! Now Dabbang and Raajneeti are on the same platform. And so is Golmaal, one of the few highest grossers. Now, Raajneeti has been among the top five grossers. But look at the films which have earned maximum returns…Except for 3 Idiots, what kinds of movies are Ghajini, Golmaal and Dabbang?

I will quote you on this. [laughter]

If you want to quote me you can. The thing is, even if I try, I can’t make a Dabbang or a Golmaal. So I will do what I can and make Aarakshan or Raajneeti.

Can the success of a movie be planned?

A lot of things decide the success of a movie. From the audience, the culture today, to what people have become—all this matters. What would have happened if Guru Dutt had made Pyaasa now? It’s difficult to predict. I have directed Aarakshan but will people understand it? So was it with Raajneeti and Apharan.

There is a very bright and educated society but I’m not sure if it is truly aware. Did the people who support Anna Hazare know what corruption is? I cannot say. My experience teaches me that even the most corrupt guy is oppressed by corruption. He too has to bribe to get his work done. He not only accepts bribes but also bribes others. So, till the time public money does not get out of the system, corruption will remain.

What do you mean by public money?

Government spending. And if that money gets released all together then there will be an autocratic rule. We have created a system whose very concept is corrupt. And we have to support that system.

There is a feudal mind-set in film industry as well, especially when it comes to star children. How do you break that?

You take the best people. Whether you buy a car or a house, it should do well for you. It should look good. When you ride, it should give you comfort and when you want to resell, it should get you the price. The same rule applies to actors, too.

Are you a film producer, a thinker, or a philosopher?

I’m just an observer. I like to watch, eat and stand, and when some equations become decipherable to me, I translate them into movies. Sometimes my movies may give some ideas to people, some understanding. But I’m not here to make great movies, I’m here to make films that can communicate and entertain people.

Was Gangaajal a turning point for you?

No, it was Mrityudand. It was the first movie where I chose everything commercial and put them into my kind of sensibility. And it worked. Had Mrityudand not worked, I would never have been able to make another movie. It was a very popular film that didn’t make much money because it was made in a very different time.

What do you focus on in a movie?

What would you want to be known for?

I don’t know even today. Since the past year and a half, I am running a TV channel in Bihar and Jharkhand, Maurya TV. I have also started working on the first mall multiplex of Bihar and Jharkhand. I’ve set up a local market. At this time just the Big Bazaar section is working. But each day almost 20,000 people visit it…It’s comparable to any mall in the country. Right now I’m even trying to build a hospital in Hajipur.

The Strat Speak interaction was published with Outlook Business on May 28, 2011.