Tobacco consumption: Why bidi, not cigarette, is bigger challenge for India 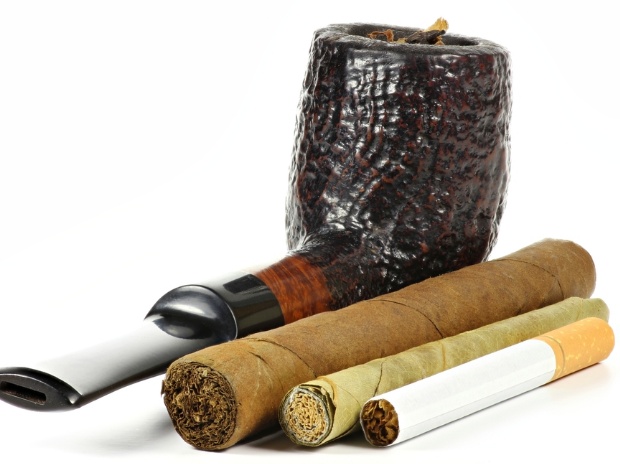 Tobacco consumption: Why bidi, not cigarette, is bigger challenge for India

Over the last weekend, tobacco advertisements were again seen across US media channels after decades of being banned. However, this time around, it was not by choice but by a court-imposed order to advertise the deadly effects of smoking.

The move provides a grim reminder to potential and existing consumers of tobacco of its fatal repercussions. A part of it disturbingly points out that more people die of smoking each year than from murder, AIDS, suicide, drugs, car crashes and alcohol combined.

As these adverts hit US screens, it seems like a good time for India to evaluate if it is doing enough to curb the prevalence of tobacco among its citizens. After all, India is the second-largest consumer and producer of the product.

There have been some positive developments with regard to the tobacco industry over the last few years that need to be recognised. First, according to WHO’s Global Adult Tobacco Survey (GATS) that has been conducted twice in 2009-10 (GATS-I) and 2016-17 (GATS-II), the prevalence of tobacco use among adults has reduced by six percentage points from 34.6 to 28.6. The absolute number of tobacco users have fallen by about 8.1 million. There has also been a reduction in the exposure to second-hand smoking in public spaces from 29 per cent to 23 per cent.

Third, GATS-II also revealed that the average expenditure on tobacco has increased since GATS-I, tripling for cigarettes and doubling for bidis and smokeless tobacco. This clearly has been due to increase in tobacco prices over the years owing to increased taxation. However, it is not enough to rest on these laurels and turn nonchalant on the issue.

India suffers from some unique disparities in its tobacco industry which leaves immense scope for improvement on the consumption front. Unlike other countries where cigarette smoking accounts for a bulk of the tobacco consumption, the market share for cigarettes in India stands merely at 14 per cent. On the other hand, bidis account for 48 per cent of the market share and smokeless tobacco (SLT) for 38 per cent. This is mainly due to the sharp contrasts in pricing of cigarettes and bidis. The average per stick price of a cigarette is Rs 5.92, which is approximately 10 times the average per unit cost of a bidi or SLT.

The fact that low income segments are the primary consumers of such cheaper form of tobacco points to the importance of the price factor in this trend. And since 70 per cent of the population falls in the low-income segment, commensurate taxation of these products to bring them at par with cigarettes can be an effective strategy to curb tobacco consumption across the country.

Following such a strategy is a low hanging fruit for the government but seems quite run-of-the-mill to be considered a strategic solution. However, apart from the obvious health benefits that will accrue to the majority of the Indian population from such a move, there are also a few fiscal benefits for the government in the long run if pursued.

According to the latest study done by the Ministry of Health and Family Welfare in India (MHFW), the total economic cost for treating tobacco-linked diseases of individuals aged 35-69 amounted to Rs 1,045 billion in 2011-12. This economic healthcare cost burden was more than five times the excise tax revenue collection done by the government from tobacco in the same year. This implies that for every 20 paise collection in excise tax on tobacco, the Indian government has to spend more than Rs 1 for tobacco-linked health issues.

Therefore, any move to disincentivise consumption of tobacco seems like a win-win from every aspect. One only wonders why such a recourse has not been pursued sooner in public policy. May be it has been the utter lack of discourse on the matter.

The article was published with Business Standard on November 28, 2017.