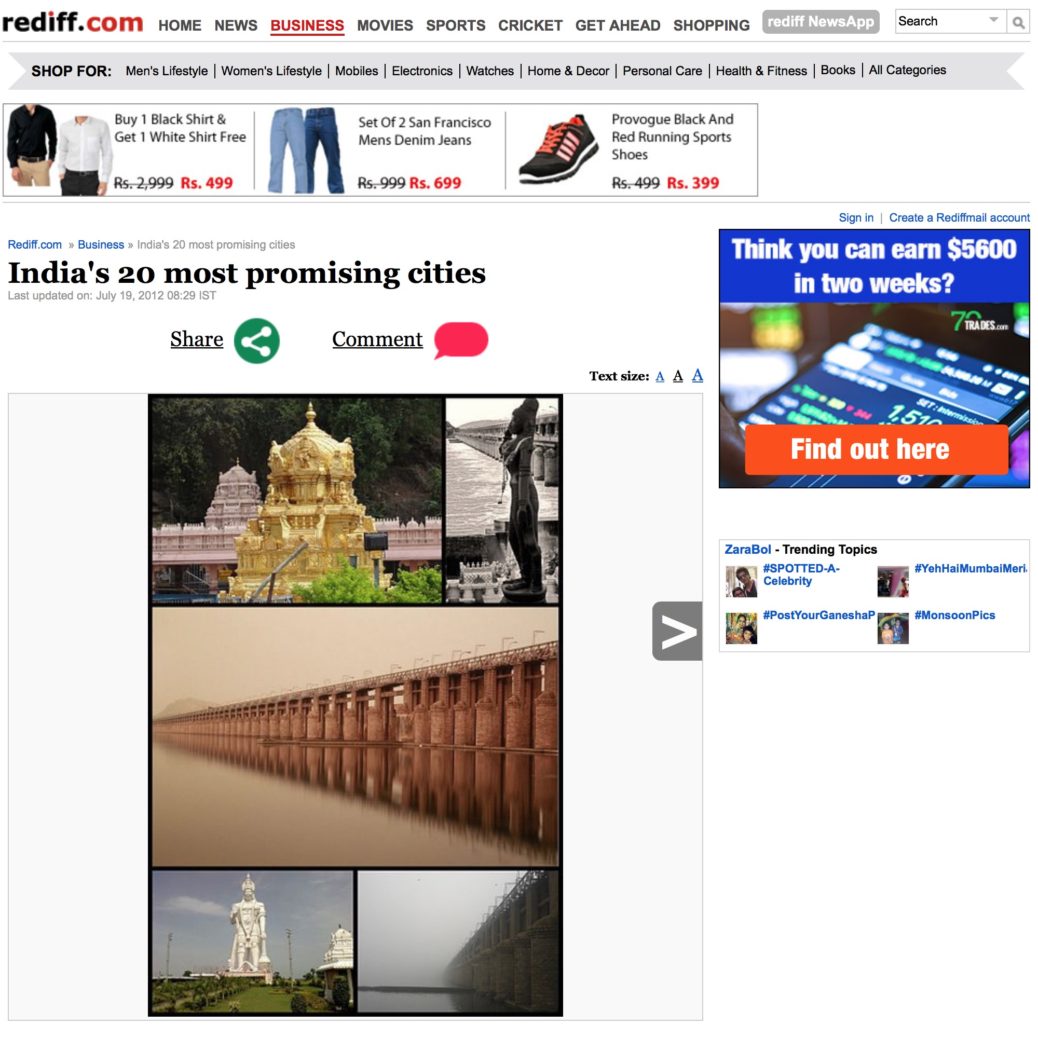 India is both domestically and internationally attractive for business with its open environment, promising young talent and untapped resource and market potential, says a report by the Institute for Competitiveness.

Its booming cities are set to become major commercial hubs. It is generally perceived that cities that have secured lower scores are less competitive, not so prosperous and lagging behind in the growth race.

However all cities have their unique strengths and are part of the overall urban ecosystem in India, the report says.

While the most competitive cities are bustling metros, there are many more developing cities, all set to join the big league of economic powerhouses.