Report on Index on Quality of Life for Elderly 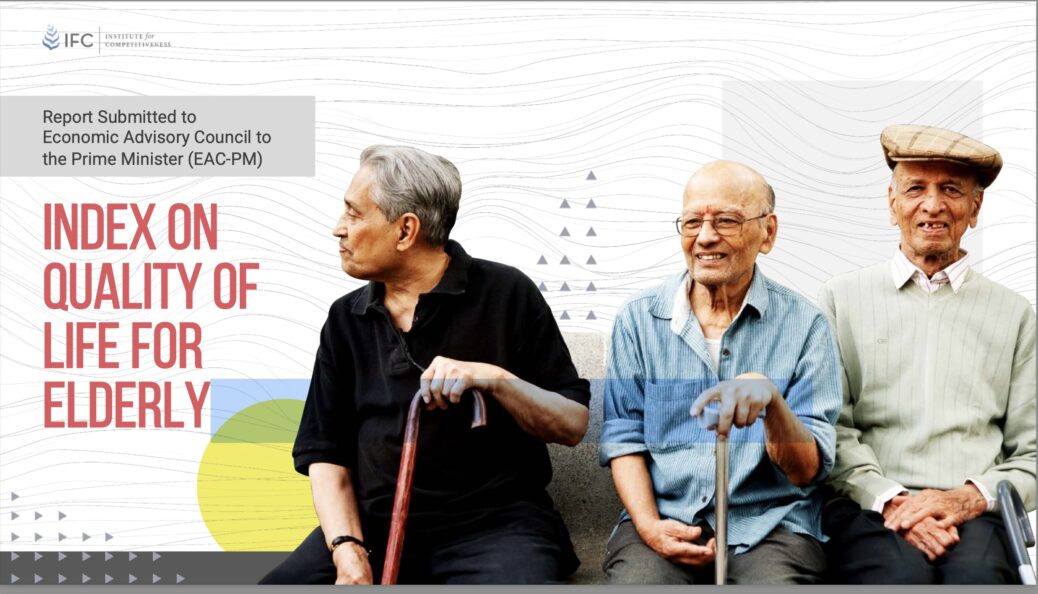 The Index on Quality of Life for Elderly 2021 represents a beginning in taking the first step in establishing a complete understanding of the elderly population around India’s States and Union territories. It observes 45 different indicators across four key domains identified as being of utmost importance for older people, namely Financial Well-being, Social Well-being, Health System, and Income Security. The domain-wise assessment can then help the nation identify areas of progress and areas that need attention, so that policies can be formulated accordingly. Moreover, the distinction created between Aged States (having more than five million Elderly) and Relatively Aged States (having less than five million elderly) establishes a fair comparison among states. Whereas Northeast States and Union Territories are two separate categories compared to other states, considering their geography and share of the elderly population.

The scorecard and ranking system assign a numerical value to the progress made by each state and union territory, which can incentivise them to improve further as well as look to their well-performing peers to emulate their best practices. The index helps identify regional patterns observed across states and help assess the overall ageing situation in India. The mapping of the Index on Quality of life for Elderly with the relevant Sustainable Development Goals (SDGs) for active ageing will further help India follow the lead in realising the principle of leaving no one behind.

The complete report can be read below