Recession Has Speeded Up The Process Of change 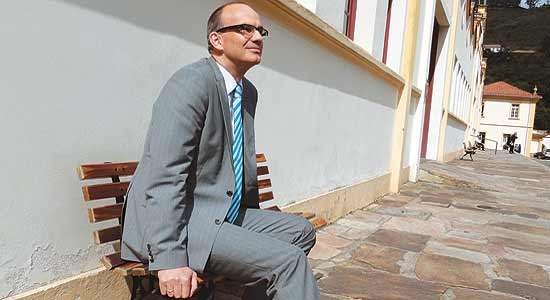 How is the global economy evolving?

The buzzword for this age is globalisation. Competition has fundamentally changed over the last 10 years. Traditionally, western markets were more relevant while the rest seemed uninteresting in terms of market opportunities for companies. But now emerging economies have become as important, if not more attractive. There has been a dramatic re-shifting of the base of the economy. Companies have maximised their business operations by exploring international markets. The role of multinationals has changed to accumulating and appraising different activities from different locations. Earlier, the MNC’s role was to replicate successful operations in new markets.

Related to this is the concept of innovation. A lot of people talk about innovation-driven competition today. But globalisation has made rivalry and competition intense by opening up local markets to foreign competition. It is only through innovative products and services that companies are able to sustain market shares. It has changed the traditional company into a complex one. Even the barrier between the developed and the developing world has become hazy.

You said competition is changing for locations and for companies. Can you elaborate?

Basically the shift is two-fold. First, there are more local rivals today. In the past there was a known game among a set number of players. But now through globalisation and technology change, a wider variety of competing locations with radically different strengths and weaknesses are coming into existence. Second, companies that might want to set up facilities in new locations are not focused on a single location but spread out across locations. So their value chain is spread across many locations and it is easier for them to shift a part of the value-chain to other locations rather than moving the entire company.

Can you give me an example of this partial shift in the value chain?

Take the case of the automotive industry where everything is crammed in cheek by jowl. Clusters have turned out to be a good way to spread these activities over a wider area. With clusters becoming more specialised, the value chain for the automotive industry has broken up across clusters that may be spread across specialised regions. So this means that it is not enough that you are an attractive location for the automotive industry; you also have to be the best for a specific set of activities that conform to the European model. This was not the case earlier. It is possible now because you can de-link the various activities across the value chain and spread them across geographies.

Do you think recession has impacted businesses and competitiveness?

The only impact of recession has been that it has speeded up the process of change. Post globalisation, recession has changed innovation and made the value-chain more organised. Take FDI flows, for instance. We have seen a surge in the past. But in the last couple of years, the trend has reversed. We have observed a rise in FDI flows from emerging economies vis-à-vis advanced economies.

How can countries brand their locations?

Today the branding or positioning of locations has become much more important. Basically, the market place of locations has expanded, making it harder for companies to decide which place to go to. One has to figure out the countries that brand themselves business-friendly because the issue is much more than just about opening a business. Factors like government and economic activities, natural resources and geographical locations come into play. These factors grant access to local markets thus acting as value propositions.

In the case of clusters, you have to figure out your regional strength and your unique set of activities.

Is it true, then, that locations are also undergoing the phenomenon of competitive convergence [many companies doing the same things in the same ways]? How do you think these locations can differentiate themselves to create a location-specific branding?

One reason is linked with theory because in economics, unlike strategy, everyone adopts a general solution. If that is the frame of mind then every region is running in the same direction and benchmarking itself. The Washington Consensus [an economic policy prevalent from 1980 to 2008 in which market-friendly policies were generally advised and implemented both for advanced and emerging economies] is an example. There was also a practical policy shift that led to this competitive competitiveness. Creation of a financial standard or creative city requires leadership and a concept that lets regions figure out what is unique about them.

So, while business environment is an important resource, it would be better for regions to have more skills, better infrastructure, workforce and also open markets. In the case of clusters it is obvious that you cannot be good at all the industries, so you have to figure out your regional strength and your unique set of activities. That is why clusters are important in order to position yourself and move to a level of trade-offs where you can judge the good and the bad aspects.

Do locations have to fight for trade-offs or make choices?

When you look at macroeconomic theory there is very little talk about trade-offs. But as one moves into micro-economic competitive areas like business environment and clusters, there are trade-offs. One can change and improve dimensions of the business environment. In the past, we have only benchmarked what we were weak at and the areas we were behind other locations. But now, from the company’s perspective, companies don’t sell the products because they are weak at something but because consumers find their product or services unique. So, this is what the companies have to learn.

The prosperity of any country is effectively the sum of the prosperity of its regions. How do you think there can be an alignment in the value proposition of a country and its states?

It is an interesting area where our thinking is still evolving. It has to be understood that it is not the entire country but rather the cities or locations within it that are competing with other countries and its locations. Maybe one way of thinking about it in the future is that it is a combination of corporate and business unit strategy that we have in our companies. So the corporate level would be somewhat like the nation, which provides a set of assets in terms of infrastructure, policies, macro-economic rules and legal system. They all play different and somewhat complementary roles but we are still lagging in terms of an overall theory in terms of strategising together.

How important is regulation going to be at the regional or the national level?

Regulation is a really broad term. Rules and regulations set by governments are crucial and we have seen how important they have been in countries. Government policies do not create walls; rather they influence the way in which companies can create walls. In India and even in Germany we have disparities in prosperity among regions.

How do you look at this idea of collusion amongst companies and competitiveness in India?

One of the issues we have learnt over and over again is that competitive pressure is absolutely crucial to bring out the best economic performance and then align economic incentives with many social benefits. Michael Porter talks about the crisis of capitalism and how people feel that what companies do is not aligned with what their societies are.

I believe that, at some level, competition is beneficial if it is organised as an instrument forcing companies to do something that creates value for society and in the process helping them to make profits. However, if there is collusion and lack of competition, then you can make money in many other ways instead of providing anything that is of social value. When we focus on clusters, we talk a lot about collaboration, competition, the need for different types of public private collaborations, et al. We need to get the balance right. Countries that get this balance right are successful in the long term.

How do you answer questions on the creation of markets? Can the government strengthen this process?

In the early phase of market development many companies wouldn’t make the investment. The government can help by studying business expectations and formulate regulations or grant subsidies. The problem is that the government can get things wrong by creating markets in which the private sector might not pick up. It can create an effective market by keeping competition intact among companies and technology. Competition is a powerful instrument in getting things going.

On one hand, close to 50% of the population in India is poor and the total number of poor people is more than Africa’s population. On the other, we are looking at the emergence of a superpower. How do you explain this divergence?

What is the reason behind the inequality? There are two possible reasons. One, there is a lot of traditional property. It’s a reflection of the poor business environment, the unskilled population and absence of infrastructure connecting them to the market. So you never get a chance to become productive and get a higher wage. This needs to be addressed by competitiveness. The second factor is trickier in some sense. Globalisation has expanded the market of skilled people. They now have a broader market from where they can derive income for their capabilities while people who don’t have it are finding themselves competing with millions more than they had to earlier. The technology changes have always been skill intensive, so the result is a huge divergence in income distribution. The bigger issue is to remove the barriers that restrict people from acquiring skills to integrate into a formal economy, to become more productive and ultimately more prosperous.

But at another level there is also a huge regional disparity.

This is a reflection of the regional policies. The national policies affect these regions impartially. A major part of it is because of the endowment geography, the evolution process, the development of clusters and the business environment that has helped the activity level reach a position that is so divergent. Then there is the subject of connectivity. If there is low connectivity then trade flows and infrastructure connections between regions are weak, inhibiting the movement of people across regions.

How do you look at the idea of patents in competitiveness and their importance in a low-patent country like India?

Unfortunately, patenting is not a great indicator but it’s the only one that we have for innovation. In some sectors it’s about innovation in the sense of creating new knowledge, products and services. In others it is about making sure that global best practices and global management available can be adapted by economies. In India, it is the latter case and has nothing to do with either patenting or establishment of the world’s best research institutes.

Can India evolve as a brand?

India has a clear place on the global map. People think of India as the future; an organised, innovational and entrepreneurial economy, which also happens to be the word’s largest democracy. So it can capitalise on this facet.

What are the principles of leadership?

A leader can be a business leader or even a respected figure in society and not just a prime minister or president. It is somebody who is willing to stand out and have a vision of the future, daring to resolve long-term issues!

Application of Porter’s Framework to locations

Rapidly changing markets will keep companies on their toes

The Strat Speak interaction was published with Outlook Business on June 25, 2011.