We Should Be Part Of The Movement To Enjoy, Revere And Celebrate India 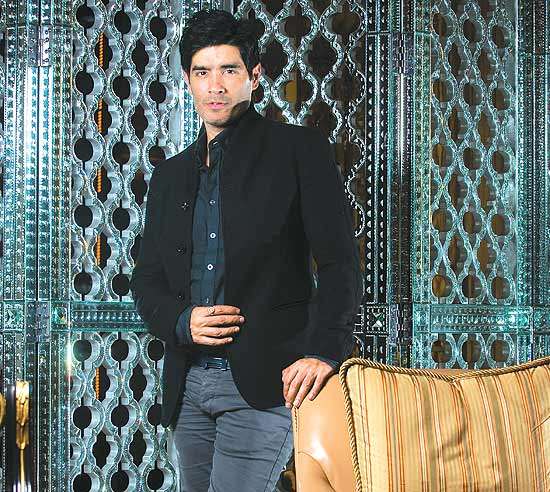 Manish Malhotra, in an interaction with Dr Amit Kapoor, gave some unique insights on the fashion industry especially ideas pertaining to success in the Indian market.

What is your take on the industry (movies and fashion) that you’re operating in?

The fashion industry in India started coming of age around 1988-1989 though the last five years have been most significant with the advent of huge retail space, emergence of several designers, etc. Today as we stand, India is being looked at in a very positive way with a lot of venture capitalists operating in the fashion space and international companies talking to designers. The market is exploding across the board in spaces like furniture, hotels, restaurants, cars, etc. There’s growing demand and supply’s growing as well. The next three years are going to be very crucial for the entire design fraternity as I strongly feel that India is the place where the action will be.

Where do you see yourself in this space?

In all this, I see myself as a designer who’s into styling, serious costume designing and designing for lots of movies. I feel sometimes now that I’m part of someone’s dream and I am on a journey where I am trying to revive some craft. You could see a lot of influence of Kashmir in the film Rockstar. Incidentally, I think India’s being celebrated by the world, and we should celebrate its craft as well.

Are you saying that Indians are not celebrating their success?

I feel that we’re so hung up on various things like going abroad, associating as a designer with a foreign brand, etc. I’m not looking down on that, I’m just saying that today with so much going on in India why should we look at the West? You should be becoming the benchmark—wouldn’t that be fabulous rather than being part of a foreign brand or a designer. That’s why under my label, I’m only making Indian clothes and I don’t even make western clothes. I think a cool India is emerging that is being reflected everywhere and we should celebrate this. I think India is being enjoyed, revered and celebrated. We should be part of the movement.

In the midst of all this change, how do you know what fashion or styling will actually work?

I think I understand because I travel so much, interact and meet so many young people. I have always had a sense of movies, fashion and styling because I’m the audience in the theatre, even now. And I’m observant and I can feel.

To what would you attribute your success as a designer?

I haven’t studied fashion. I used to paint, sketch and model and then I worked in a boutique. I’m basically somebody who jumped in a well and learned to swim. The only reason for that is that I’m patient and willing to work hard. Films and mainstream were two different things and I had the courage to bring the two together. I was the first costume designer to get an actor on the ramp. The Delhi design fraternity, especially, looked down upon this, though today it pays actors to walk on the ramp.

Yeah, that’s what I’m doing all the time, trying to make it modern. I like the idea of a kurta and a shalwar but one maybe with a waistcoat, which would be the old-world coatie. See, inspiration is always old-world like I’m fascinated by the ’50s and ’60s, more so as I grow older; I love the ‘classic-ness’, I love the clean lines, and internationally too, the ’60s are back in such a big way. In fact, the pointed shoes, the fitted pants, are all ’60s.

So, would you say fashion is cyclical?

It has always been so. We want to go back to the old for inspiration, and it will always be like that.

In what direction do you see fashion moving over time? What kind of themes will come up?

I think India’s going through such a confident phase right now that everybody’s going to get into more substantial stuff.

How do you think the consumer is going to change?

I think consumers have already started changing. Today they want to buy either your designs or the copycats, but they want to buy. Today’s consumer is not saving and they’re just living it up.

How do you think movies have inspired fashion and the role you might have played in this?

I think films have been very hugely in fashion for the classes, in the early ’60s and ’70s and then to the masses. I think what I have been able to do is get the high-end, the so-called class audience, back to liking a blouse of an actor, liking the ghagra of an actress. This gets reflected when high-end people tell me, “I love the colour combinations in Bodyguard. Make an outfit for me like that.”

Customers are either buying you or they’re buying your copycats. How do you manage the copying?

I am not the only one being copied, as it is true for other designers as well. It’s a whole parallel industry that maybe makes much more money and we can’t do much to manage this. Once the costume is in the film, it can be copied by anybody and it happens everywhere. There is another way to look at this that you have become the aspiration. For a popular brand, it’s always going to be and I’ve seen this happening in a Louis Vuitton Store at Fifth Avenue in New York where there’s a guy selling a Louis Vuitton fake right outside the store.

What’s the kind of money that fakes make?

Fakes definitely make a lot more money than the originals because the production is far more. It’s a different world.

Ritu Kumar and Rohit Bal are ahead of me in thinking. I’m ahead of them in costumes.

But that also takes us to a debate about whether Manish would want only a mass product or would he want exclusivity?

Well, right now, I want an exclusive product. Since I have such a connection with the masses I’d like to get into mass segment but that is difficulty since I’m an independent designer and it is extremely difficult to do this on my own.

Money has never been a criterion for me. I would want to be like an international designer where I would come out with my own ideas and where I want to start my own product line.

Is there competition? No, I think I have my own niche, because I do so much in the costumes space. I’m a costume designer, and a fashion designer who has a label. There can be no competition to Ritu Kumar, Rohit Bal and similarly, I have my own little niche.

That’s great, but coming to this question again, in terms of competition, you said you clearly found a niche for yourself. But then, you also named two other people, that is Rohit Bal and Ritu Kumar. What is their niche then?

I think Ritu’s been a pioneer of the old label; I have been doing costumes, mainstream fashion for 21 years. There are Rohit Khosla, Rohit Bal and Abu-Sandeep, all these guys are my seniors. They’re much ahead of me in terms of thinking. Like in costumes, I’m much ahead of them because I’ve been doing fittings and I have almost 1,000 films to my credit. So it’s just that each one has his own niche.

So what you’ve done is that you’ve clearly found a niche for yourself. How did you do that?

I think I dared to take a path that nobody believed in, because that’s the kind of person I am. I didn’t fear failure or working hard. My logic was that I don’t have the money to go abroad and study fashion, come out with a collection, so why don’t I choose the path of films? I loved movies and why not do costume? People did look down on me and categorised me as a “ladies’ tailor”. I said to myself sometime things will change and they did change.

Where would you like to see yourself in the next 10 years?

Richer, I hope, to begin with.

But could you share some of your philosophy with us?

I’m sure I want to be rich and maybe what I would love to do is reach out to a lot more places. Perhaps I’ll have a fashion store in Delhi or a couple more fashion stores, I would love fewer copies [of my designs] and more releases.

And how will you do that?

From a more business-like perspective, what’s the strategy to follow?

Everywhere, it’s hard work, focus and intelligence. To be in the right film an actor has to work hard, but he also has to be intelligent enough to take the right steps.

What is your advice to youngsters who aspire to become like you?

Today there’s a lot happening in India. There is the internet and there are so many media. I see so many young designers who think that if just one actor wears their outfit, they’ve become a brand. I think they should start taking themselves seriously and do a lot more work to build a brand. However, a lot of people find this attitude outdated.

An outdated attitude? Could you elaborate on this statement?

I mean, people having an attitude, like now you’ve come for a meeting and I could have come down 10 minutes late. I find it peculiar when people do that. I’ve given you a time so I should be there at that time, too. I have to first learn to respect your time. Why is your time not as important as my time?

Moreover, why am I deciding the relative importance of time by being late? I don’t like such attitudes. Even when I’m doing fittings with the models, I reach the venue before them since it’s my show and my fitting.

If I am truly big, I don’t need to tell someone that I’m not getting the first row. If I deserve it, there will be a front row seat reserved for me.

How can we usher in this change of ideas?

Your confidence should come from within. In the West, everyone respects time and they do not keep people waiting since time is important.

The Strat Speak interaction was published with Outlook Business on December 10, 2011.