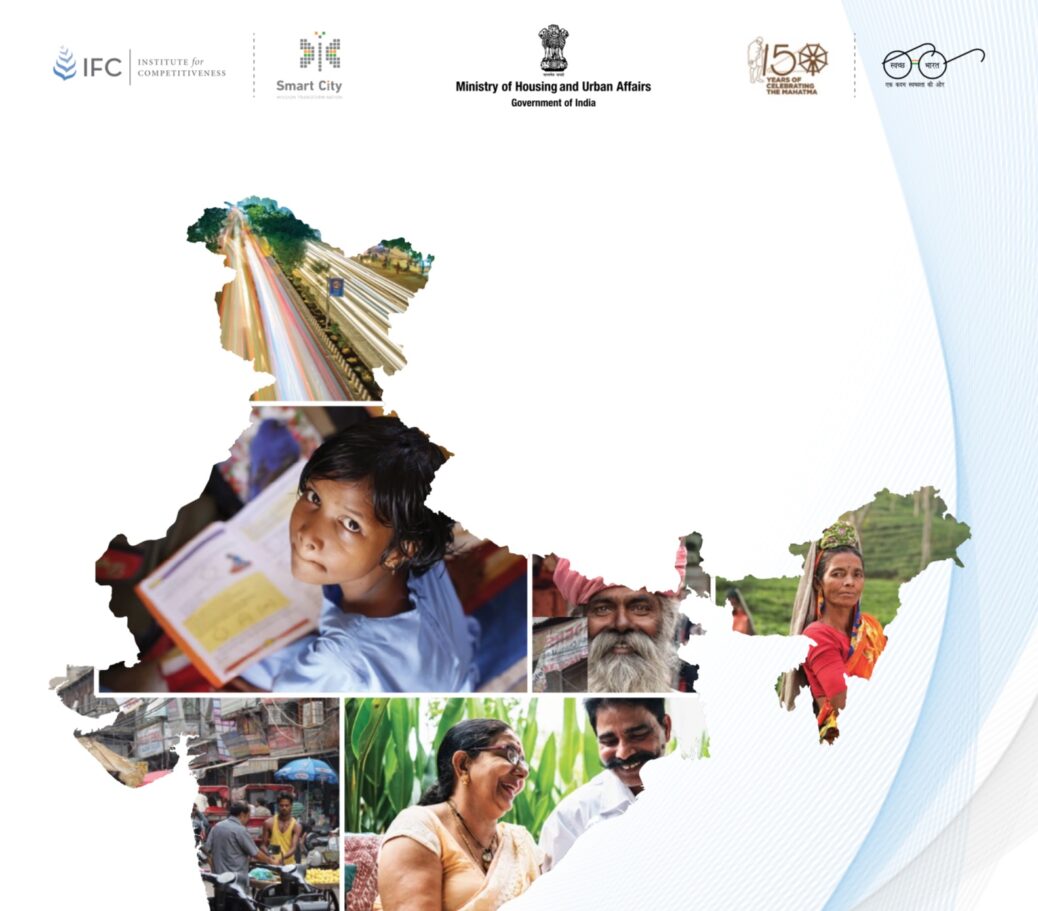 It has been long been accepted that material well-being, popularly measured in terms of Gross Domestic Product (GDP), cannot fully explain the broader well-being of a region and its inhabitants. Even though economic growth has lifted billions around the world out of poverty over time, it has not been sufficient in ensuring the welfare of societies. The fundamental issue, thus, is to develop a more holistic outlook of development that encompasses aspects that are not limited to economic performance.

Keeping this in mind, ease of living becomes a worthy goal to pursue to improve well-being of citizens. Since the eventual aim of development is to improve liveability rather than just expansion of economic output, a robust measure of ease of living is crucial. These need to be especially looked upon in the context of urban centres within nations.

The latter focus is necessary because the world is moving towards cities at a rapid pace. More than 50 percent of the world’s population is now living in the cities. This ratio is expected to rise to 70 percent by 2050. The same is true for India as well. As per the last Census in 2011, the urban population in India stood at 37.7 crores, which accounted for 31 percent of the country’s population. This is projected to increase to 60 crores (40%) by 2030 and over 80 crores (50%) by 2050.

As more and more Indians migrate to cities with aspiration of a better quality of life and economic and social opportunities, it will become increasingly challenging to address the challenges that come with it. With a rising concentration of people and a limitation of resources, cities will require efficient management and planning to sustain themselves and drive well-being and prosperity.

The population migrating from rural to urban areas have dreams and aspirations to improve their quality of life with better facilities for living and livelihood that includes physical, social, institutional and economic infrastructure.  All these pose huge challenges in view of rapid urban growth.  Hon’ble Prime Minister saw these challenges as big opportunities to drive the economy forward—investments in infrastructure will create jobs, improve ease of living and employ citizens to best of their abilities in service of the nation.

The Ease of Living Index 2019: Assessment Framework was released by Ministry of Housing and Urban Affairs at Second Apex Conference of Smart Cities CEO’s on February 26-17 at NDMC Convention Centre, New Delhi. The details about the conference can be looked at https://smartnet.niua.org/scac19/about-event.php and the agenda can be looked at https://smartnet.niua.org/scac19/event-schedule.php

The Index aims to quantify the ease of living of citizens living in the cities across three pillars: quality of life, economic ability, and sustainability. Therefore, we look at the livability of citizens within cities, which incorporates both quality of life and the economic opportunities available across these urban agglomerations. The Index has a component of a citizen perception survey to assess the sense of the people with respect to the livability within cities. The findings from the perception survey are meant to be mapped with the findings of the Index to assess if the view of the citizens about city matches with the service outcomes.

The Institute for Competitiveness was invited by the Ministry of Housing and Urban Affairs to be a part of Strategy Support Team in formalising the Ease of Living 2.0