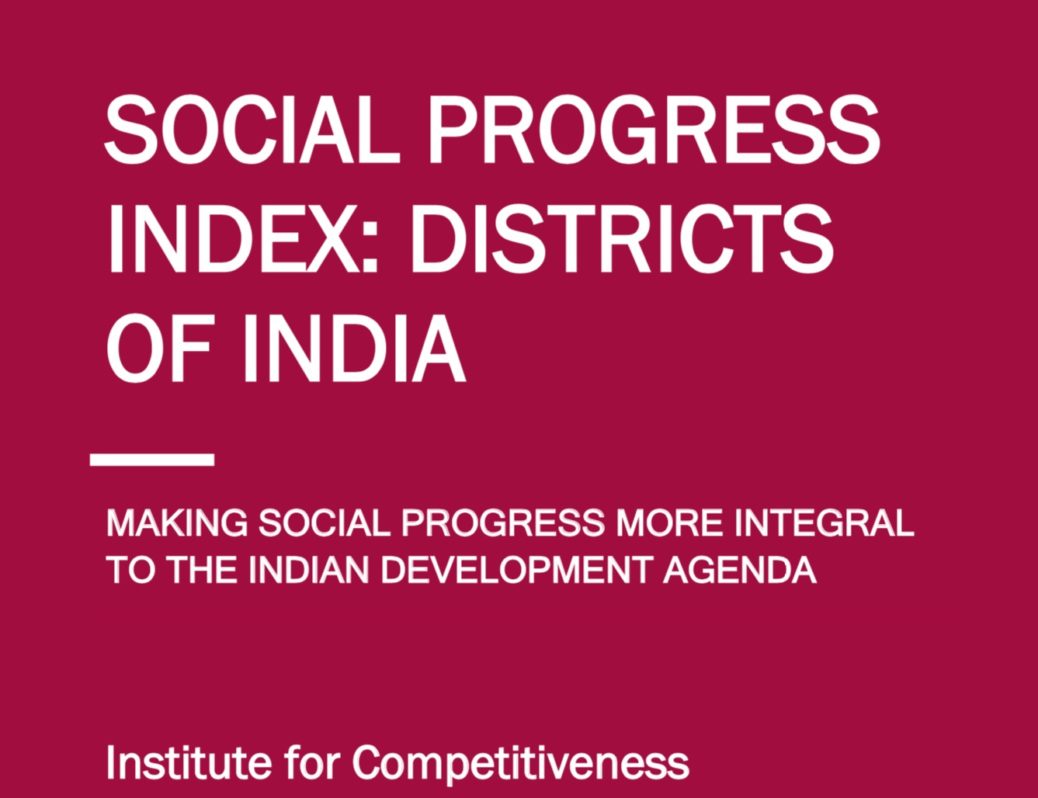 The study analyses social progress of 637 districts from 33 states and Union Territoriesby applying the Social Progress Index framework. Theframework outlines three broad categories of social progress, Basic Human Needs, Foundations of Wellbeing and Opportunity that focuses on capturing what matters to societies and people. For instance, whether the citizens have access to safe and livable housing facilities; the water and sanitary conditions up to the standards or people are prone to diseases like typhoid; is the medical system in place benefitting all the sections of society or citizens still lack in basic nutritional values; do they feel protected in their home place, or there is a need to tackle security concerns in a better way; can they have a prolonged life or are their actions.

The report was released on May 30, 2018 by Dr. Bibek Debroy at the India’s National Competitiveness Forum & #PorterPrize  in Mumbai. Bibek Debroy, Chairman, EAC-PM, released the report and said, “When we look at India we often tend to look at it in terms of whats happening in states, we tend to look at it in terms of whats happening in districts, because these are administrative boundaries. The interesting churn that is happening in India now is not just competition among states but the great disparity among states and within states. Several of the states that historically were backward, according to whatever criteria you choose are now fast catching up. The distance between them and the more advanced states historically may still be large but that is because states like Punjab, Goa started with high base levels. Even more interesting is the fact that there are increasing variations within states. What is exciting is this churn and to understand what is happening to development and deprivation in India it is no longer enough to look at states. It is more important to look at districts.”