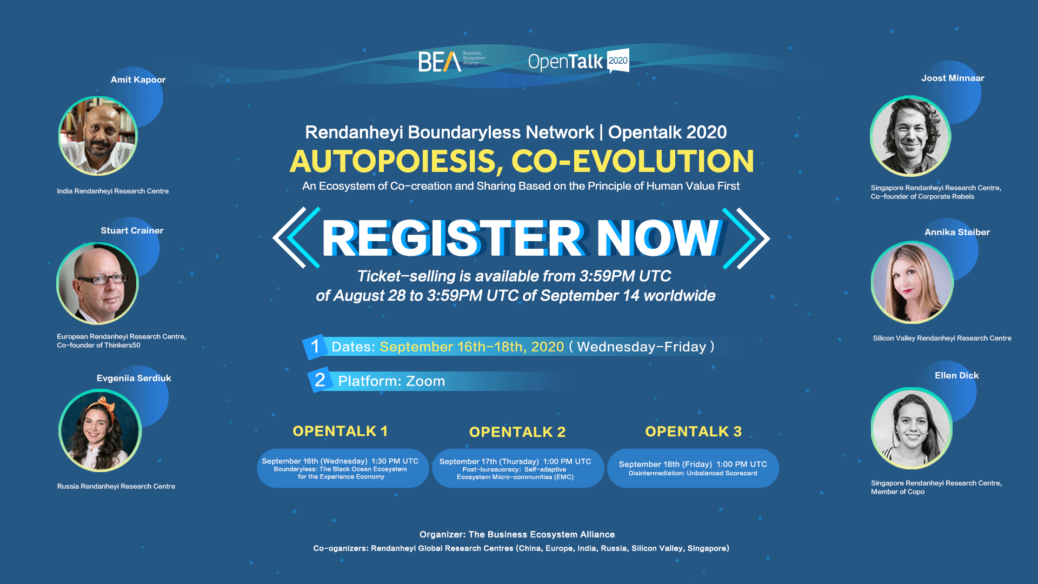 The new generation of digital technologies represented by the Internet of Things (IoT), artificial intelligence, and blockchain, combined with the new generation of communication technology represented by 5G, has entered the commercial phase. Researchers and observers, from the perspective of the interaction between technology and business, have defined the present era as the fourth industrial revolution. Unlike the previous three industrial revolutions, technological progress in this time has taken on an exponential acceleration rather than a linear growth. Social and economic development is characterized by community economy, experience economy, and shared economy. It is time for the corresponding organizational model to undertake disruptive innovation. As widely believed by scholars, the current prevalent classic model, featured by shareholder first, bureaucratic structure, and incentive mechanism under principal-agent relationship, has become a thing of the past and needs to be completely abandoned. However, what is the alternative model? Economists and management thinkers try to find answers from new science, such as quantum physics and biological science. Their findings have opened a window into the future for entrepreneurs and management consultants. The emergence of new theories such as complex economics and quantum management has greatly opened up people’s horizon and inspired new thinking. In practice, leading enterprises and other types of organizations have embarked on the track of new explorations, which results in increasingly more new organizational models. An American executive has compiled a list of 36 well-documented organizational models, 16 of which are newly emerged. He divided the 16 new organizational models into two categories: one group is based on humanism and the other based on de-centered ecosystems. It is foreseeable that new organizational models will continue to emerge in large number until one of them is universally recognized across the world.

Detail list of Speakers and Agenda can be looked at https://opentalk2020.rendanheyi.com/?rendanheyi=india