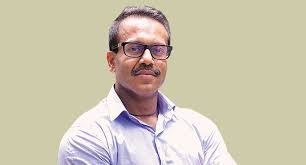 The Government of India’s (GoI) national objective of development for allconverges well with the Sustainable Development Goals and the 2030Agenda. With cities being the engines of growth of a country, the Ministry of Housing and Urban Affairs has launched several initiatives such as the Swachh Bharat Mission (SBM-U), Pradhan Mantri Awas Yojana (PMAY-U), Deen Dayal Antyodaya Yojana-National Urban Livelihood Mission (DAY- NULM), Atal Mission for Rejuvenation and Urban Transformation (AMRUT), Smart Cities Mission (SCM), HRIDAY and others to accelerate India’s urban growth story.

These missions collectively seek to foster a better quality of life for India’s urban citizens through improving urban governance, city planningand availability and quality of urban infrastructure. Urban Local Bodiesare critical units of local governance and are the most important agencyin implementation of these Missions. The key enablers that influence the performance of urban local bodies can be broadly classified into five verticals- Services, Finance, Policy, Technology, and Governance. Theseare the pillars based on which we have decided to frame the Municipal Performance Index 2019 so as to build a performance measurement system that can be adopted at the local level for a granular assessmentof performance of these urban local bodies.

The Index seeks to facilitate Smart Cities and other million plus populationcities in assessment of these five enablers, that will eventually help Municipalities in better planning and management, and help in filling thegaps in city administration, thereby improving the liveability of cities for its citizens. These five pillars have been divided into 20 categories and 100 indicators that will help in assessing the performance of municipalities against these pillars. Since cities across India show widevariations in level of development and population sizes, we have divided cities into different tiers forbetter comparison based on their population sizes.

This Framework addresses the methodological issues vis. reasons for selection of one method over others and lists down the steps that will be followed to calculate the Index. It carries the methodology used to score various indicators on a relative scale across municipalities. Furthermore, the report alsooutlines the challenges that will be encountered while calculating the Index and the means to resolvethem.

I hope that this framework will help urban local bodies in reducing the complex realities of governanceinto a few understandable dimensions that can be measured and quantified. It will help the cities in better planning and move towards data driven governance that will eventually improve the liveability of cities.

The accuracy of this framework relies heavily on reliable data input by the cities, therefore I urge thecities to make their best efforts in careful self-assessment that will result into data-driven empowerment, collaboration and governance in cities. I wish everyone all the best for this most important exercise!