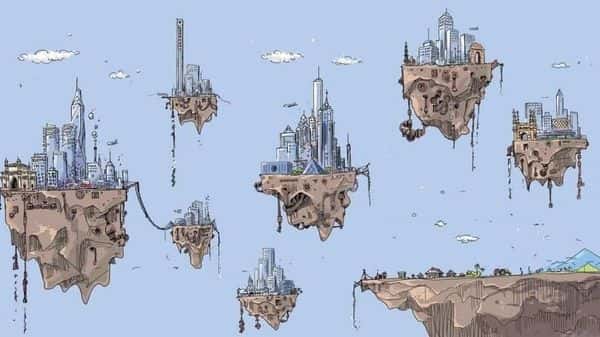 As the migrants crisis has shown us, India needs to create new urban spaces that are more spatially spread out. The problem of migrants during the lockdown also points to the importance of regional development in contrast to building islands of economic growth in the form of cities

An inadvertent outcome of the ongoing coronavirus pandemic is the rare opportunity that it gives economies to rectify their development trajectories. Economic agencies around the world are shelling out an alphabet soup of recovery prospects—from U to V to even L. But the key might be to discuss the kind of recovery that we want for our economies. The realization that the status quo is not ideal has been an uncomfortable undercurrent of the world economy since the economic crisis of 2008. The current crisis might be the time to address it. A unique characteristic of the current crisis that it is yet to unfold in its entirety and that it is not the result of an institutional failure. It will be the result of an unnatural pause in economic activity previously unforeseen in human history.

The nature of the crisis gives us the opportunity and the time to undertake a course correction by addressing the most pertinent structural issues that might usually be avoided in usual circumstances. The time is particularly critical for India to rejuvenate its economy since its unique advantage from the demographic dividend will soon slip away from its grasp. To tap into it, the country needs a strong structural shift into organized manufacturing and away from its burden on the agricultural sector. The role of urban spaces across India will be key in this transition.

Cities are hubs of economic activity and growth. They increase productivity through the creation of agglomeration economies. For these reasons, it is instructive to focus on them first for rejuvenating the Indian economy. As per the latest estimates available from 2011-12, urban areas in India contribute somewhere between 52.6% to 64.9% of the national output despite having much lower share of the population than rural areas. This explains why they tend to be the focus of any discussion on economic activity. However, they should not be the sole focus. We shall elaborate on that point later.

There are several policy changes that are needed to maximize the economic potential of cities. First, there is a need to deepen the economic data generation and analysis in the country. Though it is cities and regions which drive economic growth, most of the economic data is generated and aggregated only at the state and national levels. Data sets from the Economic Census, National Sample Survey Office, Annual Survey of Industries, Goods and Services Tax Network, Labour Bureau, etc. are useful starting points.

However, these data sets do not have the level of granularity as desired for analysis at the city and region level. Such data gaps need to be identified and plugged immediately. Moreover, today these data sets do not talk to each other, are maintained in silos, and government agencies demonstrate excruciating inertia in sharing them even with each other. In an age of big data analytics, machine learning, and artificial intelligence, this approach undermines our ability to harness the power of these technologies. Secondly, the policy environment needs to be harmonized to create an unequivocal focus on economic growth at all levels. There are many programmes, and policies and priorities currently in action. But there is a lack of coordination amongst them.

Different actors in the economic system end up working towards different goalposts, sub-optimally addressing the national imperative leading to underachievement and wastage of resources in the process. While the need for different policies across various sectors cannot be denied, their tendency to function at cross purposes to each other needs correction.

For instance, between 1960 and 2000, urban population increased from below 20% to around 36% in both Asia and Africa. But the per capita income in Asia increased by 340% during the same period compared to merely 50% in Africa. Urbanization supports economic growth only if it improves economic complexity, i.e., fosters conditions leading to increased accumulation and aggregation of productive knowledge, thus help push the frontiers of technological progress in society. State governments redefine geographical boundaries through administrative orders and classify cities into different categories without accounting for their specific economic contexts. These actions are based on a wrong understanding of the correlation between economic growth and urbanization. None of these artificial mechanisms affects economic growth.

A uniform formula to define urban areas across the country to stop perverse competition among states regarding the declaration of statutory towns may be the need of the hour.

There is a need to transform the urban local bodies (ULBs) into economic development enterprises. Lack of authority, autonomy, accountability has incapacitated the ULBs in the country. The 74th Amendment, though enacted to solve this issue, has in practice, burdened the ULBs with massive responsibilities of service delivery without granting them the requisite autonomy to manage their affairs. The over-dependence on state and national governments threatens to sever their links with citizens and creates a complex principal-agent problem, wherein the principal (citizens), have poor control over the way their agents (ULBs) govern them. The underperformance and lack of capacity of the ULBs are mere symptoms of the underlying disease, which is a lack of control over their destinies. They are governed by risk-averse bureaucrats, who are transferred frequently at the whims of state governments. This creates an issue of lack of ownership, continuity, and fearlessness.

Economic growth has to be a key objective of the city government, and that can only be possible if city governments are fully empowered in the true spirit of the 74th Amendment. The true strength of state and national governments lies in the strength of their cities to function as economic development enterprises. And finally, as the increased pace of economic growth is bound to cause increased urbanization, the importance of spatial redistribution comes into play. This is where it is necessary to point out why cities should not be the sole policy focus for the government.

Regional development should be the broader goal. This is because inequality is an inevitable fallout of economic growth. The ability of the governments to deliver inclusive growth in the face of rising inequality determines the sustainability of development. Allowing inequality to widen can have disastrous consequences. And for India it is a particularly concerning feature of growth. The problem of migrants during the lockdown also points to the importance of regional development in contrast to building islands of economic growth in the form of cities. A major learning from the crisis is the need to work towards creating economic activity beyond city hubs and pushing for creation of new urban spaces that are more spatially spread out.

A rise of a city leads to several negative externalities. There is congestion on the roads, rent prices rise, and time of commute increases for people in the city. In fact, these externalities undermine the benefits of co-location that cities provide. The agglomeration effects of cities do not rise infinitely. The productivity increases up to a certain threshold of city population, after which the costs of congestion begin to outweigh the benefits from agglomeration resulting in a decline in productivity. Beyond the threshold, workers are better off relocating to a different city. The policy should enable such relocations. In other words, the policy should enable regional growth and not just urban growth.

In the absence of supporting conditions, a large city whose size is beyond optimal can exist, perhaps in combination with virtually non-existent satellite cities. But this may result in a low economic development trap. The larger-than-optimum city reduces the productivity of workers and firms, which, in turn, curtails economic growth. Low growth makes the possibility of starting a new city more difficult, thus triggering a self-catalytic process of ‘over-urbanization’ of the large city, even after it has much exceeded its optimal size threshold. Unless the growth-inhibiting system is eradicated, a well-functioning system of cities will remain an elusive goal. So, emphasis shouldn’t only be on better a functioning of large cities but also the efficiency of the formation of a system of cities is vital for balanced regional development.

Metropolitan regions can offer myriad productive benefits ranging from efficient transportation infrastructure, vast labour markets, a vibrant knowledge economy, and an ease of collaboration. The relationship between regional and urban development works both ways. The former affects local urban development due to the size of its resources and markets, while cities affect regional development through provision of financial and transaction services, which reduces regional capital and trade costs. To enable these interactions, the existence of a proper coordinating mechanism is vital.

India has lacked such robust regional governance mechanisms. The regional development authorities in India have been traditionally construed as predatory bodies that usurp the power of elected urban local bodies. So, they hardly coordinate their activities with each other to enable strong regional development. While a coordinating mechanism between them is crucial, they also need to work in conjunction with city governments. Therefore, functions that are key for regional development should be assigned to each governing body in a way that facilitates coordination among them.

The draft National Urban Policy Framework (NUPF) of the Government of India has acknowledged the need for appropriate paradigms of regional development.

It states, “The potential for cities to create regional growth beyond their immediate boundaries depends on how they are integrated into their hinterlands and regions. In India, the hierarchy of settlements is highly skewed with few large cities and many small villages. This is due to an approach of city management that looked at urban development in silos, rather than understanding it as the interplay of a number of programs across spatial scales … In a balanced hierarchy of settlements, cities have a two-fold beneficial relationship between city and hinterland. Firstly, …in an integrated network of cities, towns, villages spread effects of investments are higher, which leads to greater regional equality. Secondly, a balanced network of settlements attracts knowledge workers, which leads to further economic development.”

The prevalence of interconnected urban networks drives economic activity around the world from the Hong Kong-Macau-Shenzhen cluster in China, Boston-New York-Washington and the San Francisco-Silicon Valley in the US. In India, such networks exist in regions such as the Delhi-NCR, Mumbai-Pune and Bengaluru-Chennai. And the impact of these hubs is felt well beyond their geographical boundaries. For instance, the thriving economic activity within Delhi-NCR impacts the economies of cities like Jaipur, Chandigarh, Dehradun, and Agra. So, seeding such regional development across the country can become a crucial driver of equitable economic growth for decades to come.

Economic growth is an urgent need, and India’s economic story is intricately interwoven with its urban story. Some say the window of opportunity is five years, some ten and others 15. We must remember that even 15 years is a very small period in the life of a nation, especially as diverse as India. But the time to act is now. From the Green Revolution to the 1991 reforms, India has a history of excelling in times of crisis. The oncoming one holds the potential to change the country’s fate in a permanent manner. It is upon us to choose the outcome.