The India that Narendra Modi inherits 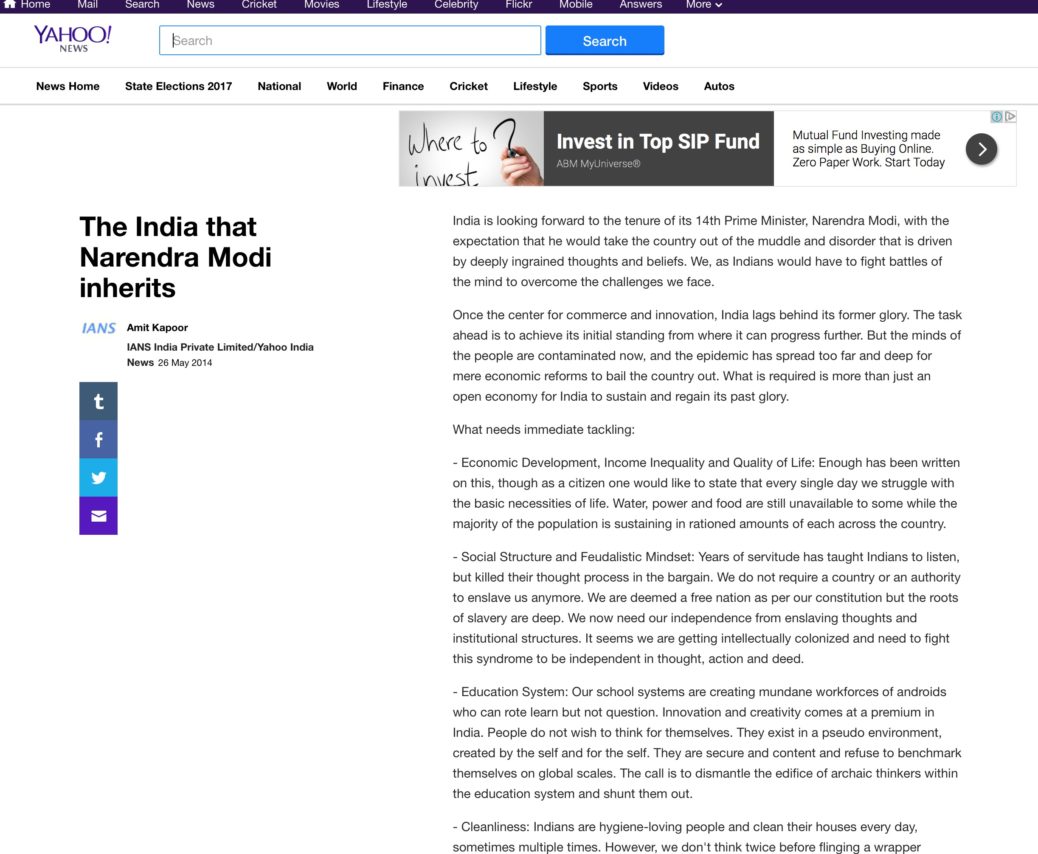 Narendra Bhai Modi takes oath for the office of the Prime Minister today. India is looking forward to his tenure, as the expectation is that he would take the country out of muddle and disorder. The muddle and disorder is driven by deeply ingrained thoughts and beliefs that would need to change and weeded out. Quite likely we as Indians would have to fight battles of the mind to overcome or surmount the challenge we face.

To put this into perspective we could safely say:

“Once the center for commerce and innovation, India is lagging behind in its former glory and the task ahead is to achieve its initial standing from where it can progress further. However, the minds of the people and the country are contaminated now and the epidemic is spread too far and deep for mere economic reforms to bail the country out. There is required more than just an open economy for India to sustain and regain its past glory”.

Some of the that would need immediate tackling would be –

To put this all in a perspective, we as citizens have a certain notion of the expected and the anticipated. Their perception is slowly turning towards an economically advanced country but amidst all the cacophony of growth there exists the real India, which is slowly degenerating into oblivion of what it was. The country envisioned by the likes of Gandhi and Nehru is suddenly blurred in the light of mediocrity, hypocrisy and corruption. Law holds little value and values form no law for the people. Our inherent defaults and our adulterated edifice of existence are showing signs of a fatal epidemics spreading faster than we can realize it.