How COVID-19 is Impacting India? 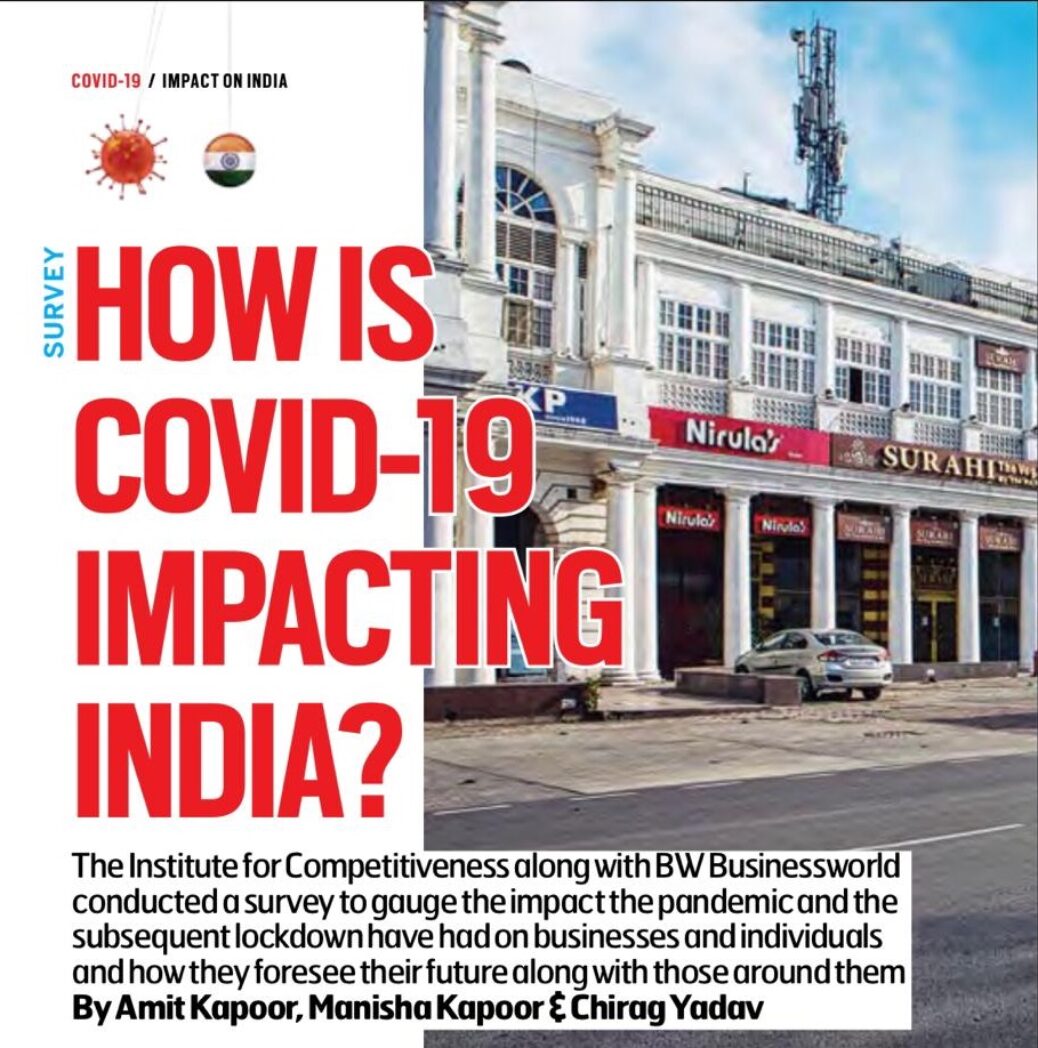 How COVID-19 is Impacting India?

Uncertainty is abound as the world grapples with the spread of coronavirus. If one thing can be said with certainty in such times, it is that the uncertainty will persist for the foreseeable future. In fact, even before the world has managed to address the health crisis, an economic crisis is already underway. And these are crises that current generations have not witnessed in their living memory. Apart from the scale of the pandemic, the economic shock that the world economy has received is unique in nature. Probably since the 1970s oil crisis, the combined forces of demand and supply shock have rarely brought the world economy to a standstill. But the scale of the 1970s crisis was much lower and it was preceded by decades of high growth unlike the current crisis. So, our response to the crisis that faces us in the coming years calls for a response which is equally unique.

In order to build such a response, it is first crucial to understand what the current crisis entails; what is the impact of the crisis; who will be affected; to what extent; and how. Data in the current context will be crucial to inform the future strategy for each stakeholder within the economy – whether it is the consumer, employee, businesses or the government. As an effort to enable these decisions in an informed manner, the Institute for Competitiveness conducted The COVID-19 India Survey where around 700 citizens and businesses were reached out to understand the impact that the pandemic and the subsequent lockdown had on them and how they foresee their future along with those around them. The findings from the survey give a sense of where the Indian economy is headed and how different stakeholders perceive the future.

Figure 1 highlights the behaviour of Indian citizens on two aspects crucial in managing the crisis. First, an overwhelming majority of the respondents across all age groups believe that the issue of COVID-19 is quite serious. Second, despite their belief in the severity of the issue that has grappled the world, they believe that their chances of getting exposed are not that high. To be precise, on a scale of 0-5, the average score for seriousness of the issue is 4.46 while the average score for risks related to its exposure is 2.93. The high difference between the two is reflective of the trust factor.

Trust plays a crucial role in combating pandemics. Since there is no vaccine available at the moment, the only option that public authorities have is to control the spread of the virus through measures such as travel restricts, lockdowns etc. In autocratic nations, citizens can be compelled by government authorities but in democracies such as India, governments cannot control people in a similar way. It is, therefore, important that citizens trust their government as it will significantly impact their ability to govern. Consequently, it is an efficient means of lowering transaction costs in any social, economic and political relationship. If people don’t trust the government with their life and taking care of their health, they are less likely to follow the recommendations made by the leaders and in turn cause huge risk for the nation. Our results show that citizens trust the leaders and know that they are working in their interests.

However, these results vary significantly by age group, as illustrated in Figure 2. It is interesting to note that the perception of being safe from the virus improves with age. The majority of respondents belonging to the age groups – “55-64” and “65+” rate their chances of getting exposed below 3. This might feel counter intuitive since the mortality of the disease is highest in the older age group.

But Figure 3 explains this behaviour. It can be seen from the figure that all the people generally rate the efforts of the central government highly in tackling the crisis. But these scores have an increasing trend with age group. While the age group “25-34” has given a rating of 6.4 to the central government’s efforts, the age group “55-64” have rated them at 7.5. This is further increased to 8.5 for the 65+ population. The older generation has more trust in the governmental institutions than the younger generation. A similar trend has been evidenced by many studies from New Zealand, Norway etc.

Another important aspect of the survey is the economic impact of the pandemic on the citizens. A majority of the respondents (64 percent) have stated that their economic situation is not impacted by the coronavirus. However, 28 percent of the people have said that their monthly income has fallen. The economic scenario across age groups presents a concerning finding. The percentage of respondents who claim that the COVID-19 pandemic has had no impact on their employment scenario is heavily skewed to younger segments of the population. Therefore, it might be the case that these people are not a part of the job market. On the other hand, the lowering of monthly income is primarily centered around the middle-aged segments, who usually have a family to support. Since the survey has been taken just one week into the lockdown and has majorly covered respondents in the formal sector, the job scenario can only be expected to worsen.

The economic impact on citizens extends from the changing business scenario due to the coronavirus pandemic. As the economy has come to a complete standstill due to the lockdown, economic activity across several sectors has been severely hampered like never before. In the businesses surveyed by the Institute for Competitiveness, 68 percent of them claimed to have reduced cashflow due to the crisis already.

As depicted in Figure 5, more than half of them have also seen project delays and over one-fourth of them have faced project cancellations. The situation is only expected to worsen until uncertainty prevails around global movement of goods and people. Also, it must be noted that the survey estimates only cover formal businesses, and since India is predominantly informal, the impact should be more critical across the economy. Expectedly, most growth forecasts have cut India’s estimates for the current financial year by about 2 percent.

The business perception is equally concerning for the future. The findings from the survey are outlined in Figure 6. About 64 percent of businesses stated that they have implemented or are planning to impose a hiring freeze. The employment situation was already dismal in the country over the last few years with unemployment reaching a 45-year high of 6.1 percent in 2017-18. A hiring freeze across businesses is bound to complicate matters. As per CMIE estimates, unemployment rate in the first week of April had hit an unprecedented 23.4 percent.

However, businesses are quite optimistic on their expectation of reviving their businesses. Over 70 percent of businesses expect that they will be able to bring their business operations back to normal. Curiously, more than half of the same respondents felt that the overall economy might take more than a year to return to normalcy. It can, thus, be safely deduced that the first response of economic outlook with respect to their own businesses was driven more by hope than genuine expectations.

Hope is a crucial currency to have in such uncertain times. Just like trust, hope can have key economic implications. It can provide a stimulus to economic activity in a way that no amount of monetary intervention can. As long as people are hopeful about the economic prospects of an economy, they would be willing to spend and invest their money, driving economic growth. But India needs to tap into this hope that people have in their abilities and the trust that they have in the government to minimise the negative impact that the coronavirus will leave behind in its trail. The manner in which India addresses this crisis today will have far-reaching repercussions that would reverberate across the decades for the economy and determine the developmental prospects for generations to come.

The article was published with Business World on April 9, 2020.