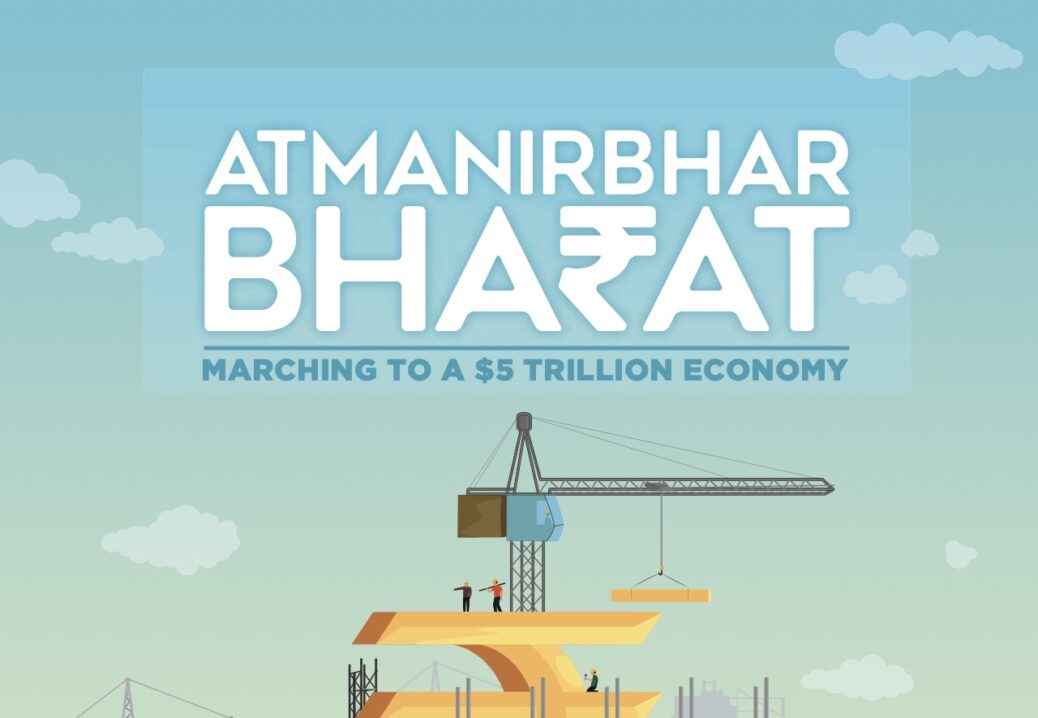 The interview was published in Atmanirbhar Compendium which was launched by the  Minister of Jal Shakti, Shri Gajendra Singh Shekhawat.

Q1. What are your first impressions about the Atmanirbhar Bharat initiative by the government? Do you feel India should even pursue such a path which appears like closing itself to the world?

If one looks at the growth of the East Asian economies and China, they managed to accelerate their growth mainly by rejecting the neoclassical idea that state intervention impedes progress. Instead, they resorted to protectionism along with making their exports competitive in the global markets. In that sense Atmanirbhar Bharat is a great initiative if it is introduced along similar lines. However, it is too early to say anything on the matter since the government is yet to define the contours of the policy. As for appearing to the world like India is closing itself, that will not matter as long as it manages to develop a thriving export economy.

Q2. Which industrial sectors you think are most suitable to pursue self-sufficiency as per your understanding of India’s sectoral competitiveness? Surely, we can not be competitive in everything?

Absolutely. India cannot and should not compete on everything. It needs to build its competency in sectors where its strengths lie. A crucial aspect of the economy that needs to be tapped is India’s low-skill labour. Again, no country in history – whether it be modern-day China or 18th-century England – has developed without utilising its low-skilled workforce to produce cheap products for the world. India, for instance, can focus on its textile sector where it has had historical strengths and the potential to develop an export competency. Also, Atmanirbhar Bharat should not be focussed on the manufacturing sector alone. India also needs to reform its agriculture economy and can develop inter-linked manufacturing sectors through it like food-processing.

Q3. Do you think the new education policy is capable of giving a qualitative push to the innovative and competitive position of India? What would be your 3-4 recommendations in this regard?

The New Education Policy (NEP) is a welcome move by the government. It has been long-pending since the last education policy was introduced back in 1992. In the three decades that have passed since then, a lot has changed in education. Most significantly, the online medium of education has introduced new techniques in teaching, and it was time for policy to catch up. The increase in public spending on education, the “5+3+3+4” structure instead of the traditional “10+2”, the focus on vocational training and extracurricular streams are all welcome moves. The more freedom India manages to give school-going children to pursue their own interests, the more innovative the future workforce can become. However, the challenge lies in successful implementation of the policy. The 6% GDP spending, for instance, has been often talked about since independence but never achieved. It will be helpful if there is clarity on where these funds will be obtained. This is absolutely necessary for upgrading the country’s education infrastructure and hire quality teachers. The targets to achieve 100% GER till class 12 by 2035 is also an ambitious one and it will be helpful to build a roadmap for achievement.

Q4.Late last year, NITI Aayog came up with its innovation index in which you mentioned India could emerge as an innovation hub, because of certain factors India has blessed with? Do you feel Indian innovation and R&D is strong enough to sustain a drive towards self sufficiency in high tech areas?

India has done well in high-tech sectors like biotechnology and space exploration because it has two key advantages: high proportion of engineers and lower wages for high-skilled talent than the rest of the world. These factors make India a competitive economy for the development of sectors that require skilled talent. And when it is combined with the provision of an enabling environment by the government for any specific sector, India has managed to excel in those areas. Now, India’s spending in R&D is low when compared to nations around the world. That needs to change urgently. Adequate funding, enabling government support, and a focus on a few key sectors with potential for growth will go a long way in making India an innovation hub.

Q5. How can we leverage the Atma Nirbhar Bharat program to feed into other key economic programs like Make in India or Startup India? What steps would help?

Again, like I said, more clarity is needed on the Atmanirbhar Bharat programme to make any concrete comments. But instead of it leading into initiative like Make in India and Startup India, it would do well for the economy if the Atmanirbhar Bharat programme revitalises economic thinking along the lines of the East Asian economic growth models. India has the benefit of hindsight to draw lessons from what has worked for global economies and can drive economic growth by combining it with its domestic nuances.

Q6.How can India leverage its technological and commercial relation with key partners like the US in achieving self-dependency?

It is no secret that the US needs a partner in Asia to counter China’s weight. India can utilise this advantage to its benefit through bilateral agreements. India n:eeds to find a middle-ground on recent concerns with high tariffs and visa bans. Apart from such agreements at the national level, India’s efforts to attract US companies like Apple to manufacture in the country is also a major win. The US is a major market for Indian goods and a key ally in its path towards self-dependency. It would not be a bad strategy for India to concede on some of the thorny issues that have developed recently.