A Plan for Family Planning 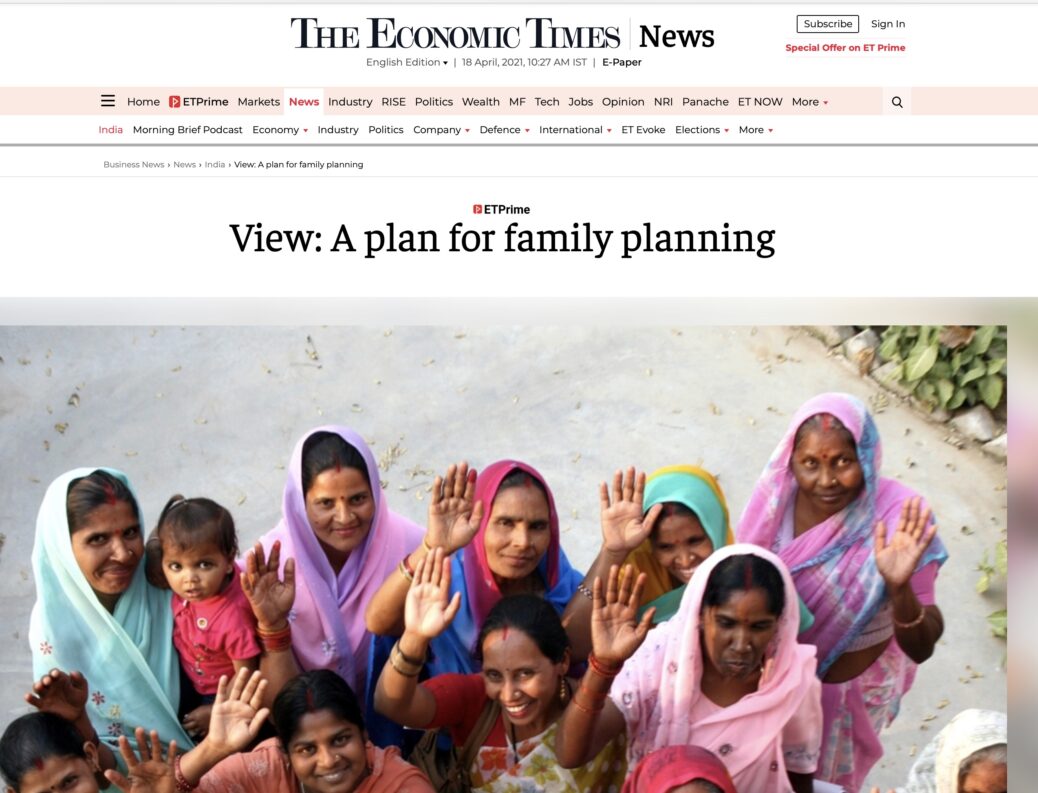 A Plan for Family Planning

Among the several revolutionary changes that have transformed the world over the last few decades, perhaps the most significant one for women – and also the most underplayed – has been the means to choose when and whether to have children. This transformation has been driven by the expanded availability of modern contraceptives and the growing awareness about family planning methods across the developed and the developing world alike.

The benefits of these developments have been multi-fold. Fundamentally, it advances human rights. It has helped more women to pursue new roles and activities outside their home. And it has enabled planned pregnancies and birth spacing, which has led to reduction in malnutrition, and lower maternal and child mortality rates. Several studies have also found strong interlinkages between family planning and long-run economic outcomes such as educational attainment, income growth, and labour supply improvements. But the most evident benefit has been the reduction in global fertility rates and slowing down of population growth.

India has been a notable success story on this front. The most reliable evidence comes from the Census data, which shows a reduction in population growth rate from 24.7 percent in 1971-81 to 17.7 percent in 2001-11. Estimates of fertility rates, which determine population growth, provide further evidence on contemporary trends. The Sample Registration System (SRS) Statistical Report, which was released by Census in 2018, estimated that India’s Total Fertility Rate (TFR) – the average number of children born per women – had reduced to 2.2 against 2.4 in 2018. So, the fertility rate is bound to fall below 2.1, which is the minimum replacement level needed for the number of children to replace their parents.

More recently, the National Family Health Survey-5 (NFHS-5) data, which has been released only for 22 States and Union Territories, shows that 19 of them had TFR less than 2.1. In fact, the unmet need for contraceptives among married women aged 15-49 fell in all states for which data was released, except Andhra Pradesh (where it remained constant) and Meghalaya (where it fell). Moreover, all states, except Manipur, have reported an increase in users getting information on the side effects of current contraceptive methods.

These outcomes have been the result of consistent efforts by the government and civil society over the years through various initiatives. Programmes focussed on family planning such as the Mission Parivar Vikas, and the outreach activities of Accredited Social Health Activists (ASHA) workers in rural communities, for instance, have been crucial in addressing the unmet need for contraceptives. Such interventions have played a key role in raising awareness, enabling behavioural changes, and developing community participation across India.

However, while India has achieved significant gains in addressing its family planning needs, there are pockets that still need focussed attention to maintain the downward momentum. These pockets can be seen in terms of regions and population sub-groups. Meghalaya is a good example of the former. The state has seen a surprising rise in unmet need of contraceptives, which might be the effect of rising social and political instability in the region on family planning policy implementation. This case highlights the necessity of continued focus on addressing the unmet need despite the promising progress of the past.

Another area of deficit, which requires strengthened efforts of redressal, is the population sub-group of later adolescents (15-19 years of age). As per NFHS-4 data, compared to the unmet need of 12.9 percent among currently married women aged 15-49, the unmet need among adolescents stood at 19.4 percent in 2015-16. Likewise, while the unmet for spacing is 5.7 percent for the currently married 15-49 age group, it was considerably high for adolescents at 17.6 percent. A problematic outcome of this high unmet need among adolescents is the incidence of teenage pregnancies. The NFHS-4 data shows that 7.9 percent girls aged 15-19 years were already mothers at the time of the survey. Such adverse trends impede school attendance and labour force participation of these adolescent girls. So, more targeted approaches to addressing unmet needs should be adopted.

The urgency for action along these lines has become even more pertinent in the face of the pandemic. According to a report by UNAIDS, the COVID-19 pandemic has limited the access to contraceptives for over 26 million couples in India. The diversion of healthcare services to deal with the pandemic has limited the access to reproductive health services, and thus, the access to contraceptives. While the latter needs to be ramped up as soon as possible, it also needs to be accompanied with efforts to improve knowledge and eliminate misconceptions about family planning.

The situation calls for an increase in investment to boost the capacity of healthcare workers since they are the most effective means for outreach among communities. Additionally, technological platforms like social media can be leveraged to reach out to adolescents for building awareness on reproductive health. Only through such policy actions can India strengthen its efforts to address unmet needs and improve family planning.

The article was published with Economic Times on April 15, 2021